Annual music industry talk-fest Big-Sound is wrapping up, and the talk was of local content requirements for commercial radio, plus what the Abbott government will (or won't) do to help the domestic music industry. 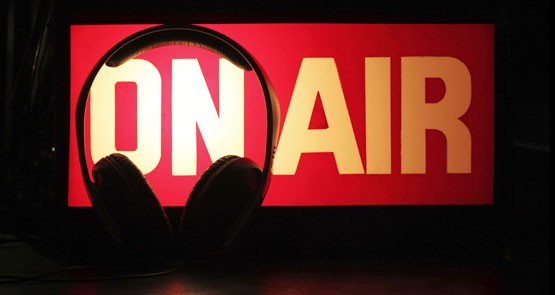 Industry bigwigs indulged in three solid days of talking over the future of a rapidly shrinking industry. At “The Future Of Australian Music” panel, Chugg set tongues wagging when he declared local music was missing out. Commercial radio stations in Australia are currently required to play between 5-25% local content (depending on their format), which Chugg believes they’re hiding away late at night, favouring international acts during prime time.

“The quota’s far too low, and they take advantage of late night … running tracks from midnight to dawn,” he told the crowd. “They’ll deny it, but it’s true … it’s bullshit, and it’s holding the industry back.”

Sounds Australia’s Millie Millgate, who sat on the same panel as Chugg, responded by saying community radio was where emerging Australian acts were being developed (something that has long been the case). Chugg agreed with Millgate, saying, “it’ll be a serious weapon in the future if I have anything to do with it”.

Meanwhile, over at the Byron Bay Bluesfest showcase on Wednesday, festival director Peter Noble attacked on a different front, telling the large crowd that the federal government did not give enough support to musicians compared to the Canadian government. Perhaps he should have had a word in Wayne Swan’s ear; the ex-treasurer seemed preoccupied with UK punk poet Billy Bragg’s keynote speech. Swan tweeted: “A really engaging discussion by Billy Bragg … about the power of music and the purpose of politics.” (It’s a shame Bragg wasn’t around a few months ago to give the same talk to the crumbling Labor Party, but I digress.)

I pinned down Noble after his speech to get his thoughts on the immediate future of Australian live music, given the recent change in government. He again references the Canadian system, which provides long-term strategies for growth, whereas he says Australia still seems reliant on a jumble of random, small, short-term grant opportunities.

“We need investment, not grants,” Noble said. “We’ve got to value our product … [the government] needs some sense of altruism.” He says a long-term plan needs to be implemented, an extension of Labor’s National Cultural Policy perhaps.

Elsewhere around the Valley, among the throbbing rock ‘n’ roll, thundering country, lilting folk and pogo pop, scuttlebutt abounds. The rumour mill is working overtime, shooting out sparks of speculation: X band got signed by a major label during its soundcheck; Y festival hasn’t filled its 2014 bill and is looking for emerging talent; certain gigs and buzz bands are revolving doors for agents.

What comes of all this talk is what will now make the 12th annual BigSound a success or not. The new Coalition government will have a significant part to play in music’s future. While the music itself may be strong, as evidenced during the conference, there’s still a lot of talking to be done about securing a commercial future for it.

Razer’s defence of Triple J: it’s all in the mix, and the kids like it

Front row or death row: Chrissy Amphlett was the first and the best

Sooo, Oz music is as bad as it sounds?

Community radio is a tiny part of the market – to suggest it’s good for growing Aus’ industry implies we’re not good enough for our own prone time.

We have loads of great bands but they’re unseated by well-marketed international acts.

‘Interesting music’ and ‘commercial radio’ don’t belong in the same sentence unless separated by the word ‘not’. As Millie Millgate said, there’s an amazing breadth and depth to Australian music that is showcased on community radio, that’s the place to go.

@Keening_Product, no it does invite speculation over how well local bands could sell if they were supported in the same way by the commercial operators.