If you're ever going to tune in to A Current Affair tonight's the night: the show will issue an unprecedented on-air correction. That and other media tidbits.

ACMA slaps Nine over “Asian Mall” story. Channel Nine’s A Current Affair has agreed to issue a rare on-air correction after the communications watchdog found a notorious story on an “Asian Mall” in Sydney breached the television code of practice. The Australian Communications and Media Authority found the story — which claimed a shopping centre in Castle Hill was being overtaken by Asian retailers — contained inaccuracies, placed a gratuitous emphasis on ethnic origin and was likely to promote intense dislike and serious contempt on the grounds of ethnic origin. The November story by reporter Ben McCormack was quickly debunked by local paper The Hills Shire Times, as Crikey reported last year.

According to the ACMA, this is the first time a commercial TV broadcaster has made an on-air statement as a result of an ACMA investigation. The ACMA found the story, which featured a cameo from Pauline Hanson, was likely to have provoked intense dislike or serious contempt by broadcasting:

A Current Affair will make a statement about the findings on tonight’s episode. ACMA chairman Chris Chapman said: “I commend TCN [Channel 9] for acting on the ACMA’s recommendations. The broadcaster is to be congratulated for taking a mature approach to matters of such concern, and for being transparent with its viewers.” The ACMA has long pushed for the government to grant it new “mid-tier” powers including the ability to force broadcasters to issue on-air corrections. — Matthew Knott

Euro confusion on Sophie’s farewell? A terrific headline in The Sydney Morning Herald (and on Fairfax websites) to mark the likely farewell to politics of Sophie Mirabella …

Just one problem: Mirabella may be bella, but she’s not Italian — as the story even notes: “Mirabella was born Sophie Panopoulos in 1968, the daughter of Greek migrants …” We’ll give the headline writer the benefit of the doubt and suggest the sub was just punning on her name …

Newspaper owner: toughen up, CloMo. The owner/publisher of a Sydney newspaper has hit back at Lord Mayor Clover Moore for threatening to sue the paper, saying she should not be so sensitive to criticism. As Crikey reported yesterday, Moore last week threatened to sue Sydney City News over an article containing allegations she was “unprofessional and corrupt”. In a legal letter to City News, Moore’s lawyers said the claims are baseless and defamatory and should be pulled down from the web.

“As the publicly elected Lord Mayor of Sydney, Clover Moore should be used to people denouncing her on a whole range of issues,” City News publisher Lawrence Gibbons told Crikey (read his full statement here). “We are flattered to think that our lone community newspaper could in anyway damage the Clover brand, which is supported by a high paid army of professional spin doctors with a larger budget than the gross revenues of our publishing company combined.

“We recognise that Town Hall has a different relationship with larger, corporate, mainstream media outlets that are only too happy to print press releases and positive, feel good stories about Council initiatives in exchange for hundreds of thousands of dollars in lucrative advertising revenues for which they do not need to tender. Our willingness to report complaints, disputes and adversarial opinions makes us unpopular with the populist Lord Mayor Clover Moore. But we are only doing our job. And we will defend our right to do so.”

City News has so far resisted Moore’s request to remove the “corrupt and unprofessional” allegation from the story. — Matthew Knott

Video of the day. Occasionally marketing spin is worth going viral. Fiona Apple’s take on Pure Imagination (the song from the original Willy Wonka) for American restaurant chain Chipotle is teamed with some clever cartooning as part of a campaign against factory farming … 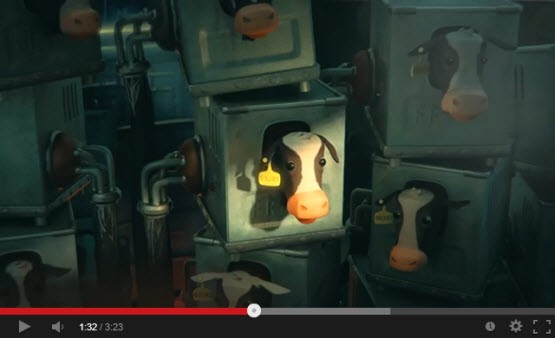 Front page of the day. Most of America’s newspapers splashed with the 12th anniversary of the 9/11 attacks. Spanish-language Hoy featured a particularly moving image with the headline: “They will not be forgotten” … 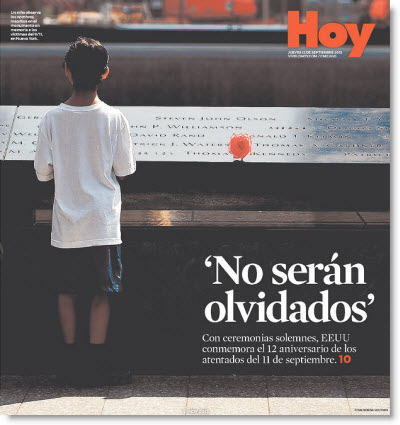 It may be that he owner/publisher of a Sydney newspaper if he pays rates to Sydney City Council has some limited protection because of the Ringland v Ballina Shire Council ruling in the Supreme Court of Appeal. I have been calling my local council corrupt in print for years Edward james

Is City News publisher Lawrence Gibbons saying that the “corrupt and unprofessional” allegation is a statement of fact, or that it doesn’t matter because it was published in a small newspaper?