Greens post-mortem: back to 2004, and questions to be answered

The Greens election result has taken them back to 2004 in terms of their national vote. They need to determine how it went wrong after Bob Brown left. 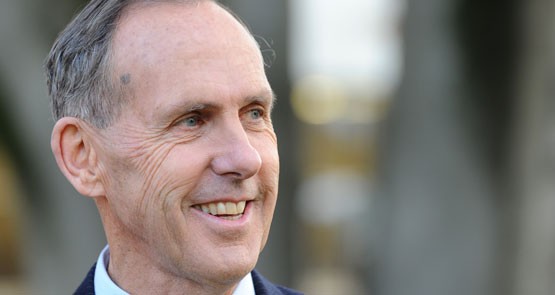 The Greens have undone all the work of the last six years and achieved a vote level barely above their 2004 result last Saturday.

The Greens’ national first preference Senate result of 8.6% is lower than their 2007 result of just over 9% and less than 1 percentage point above their 2004 outcome of 7.7%.  Even if the Greens’ very good 2010 vote is now to be considered as an unusually strong result for the Greens and unlikely to be repeated, their failure to match their 2007 result suggests emerging problems.

In Queensland, the Greens are now more than a point below their 2007 result on 6.12%. But in Western Australia, despite a 4% swing, they’re still above their 2007 result, and their 9.82% result is likely to be enough to keep Scott Ludlam in the Senate. Ludlam was first elected in 2007; the fact that he outperformed most of his colleagues despite being up against it in a tough contest in the west says a lot for the reputation he has developed as a politician with substance and gravitas, while others have focused on cultivating a media profile.

In South Australia, despite the considerable attention attracted to Sarah Hanson-Young’s campaign by the support of people as different as Bill Kelty and Malcolm Fraser, the Greens underperformed compared to other states, with a 7% result — though that’s still above the 6.5% achieved in 2007 and likely to be enough to get Hanson-Young over the line. But it was the biggest anti-Green swing outside Tasmania.

Tasmania was a full-blown disaster for the Greens: 2013 was the first time since 2004 that the party failed to achieve a Senate quota by itself, with an 8.9% swing that reduced the Greens to 11.4%, their worst result since 1998.

There are a number of one-off factors that affected the Greens’ result. In Tasmania they were hit by the twin problems of a deeply unpopular link with the Tasmanian Labor state government and Bob Brown being replaced on the ticket by Peter Whish-Wilson. Whish-Wilson, who replaced Brown after his retirement, will be an excellent senator, but has had a low profile since he arrived. The Greens’ vote will undoubtedly lift next election in Tasmania if Christine Milne stands, especially given the Greens will no longer be in league with a disliked state and federal government.

And in Queensland the Greens, like the LNP and Labor, were up against the Clive Palmer juggernaut, which significantly exceeded predictions and scored 10.2% in the Senate — albeit lower than in the Reps.

“… neither [success] should distract them from taking a hard look at what’s happened to the party since Bob Brown called time.”

When Brown retired, the Greens vote stood at 11% (based on Essential’s House of Reps voting intention poll). Between that point in April last year and the election, it dipped as low as 7% before, seemingly, being revived in the lead-up to the election after Kevin Rudd announced his “PNG solution” on asylum seekers. Given the election result, in retrospect, the revival appears to have been illusory.

Brown was a hard act to follow, but  Milne was the best person to do it, because she’d done it before in Tasmanian state politics and was enormously experienced at coalition governments. But in electoral terms, she failed to deliver. Her worthwhile attempt to shift economic debate away from the restrictive framework of GDP toward a more family-friendly and environment-friendly framework never made any headway in the febrile atmosphere of the last parliament, and a late rejection of the Greens’ agreement to support Labor failed to put sufficient distance between them. And ultimately, Milne couldn’t convince the voters who’d come to the party for the first time in 2010 to stay with the Greens.

There’s also a question over how sensible the Greens’ allocation of resources was. The party spent big on saving Melbourne for Adam Bandt — $1 million is Labor’s claim, but the Greens say it was less than that. But what was the point of saving Bandt’s seat in the face of an incoming Abbott government? Bandt will sit quietly in the lower house for three years with no influence or role beyond the occasional question.

How much more effective would the money spent on saving his seat, a substantial proportion of the Greens’ entire campaign expenditure, have been if put to use trying to get Senate hopeful Cate Faehrmann over the line in NSW, which would have made Tony Abbott’s chances of legislating over July 1 even more difficult, or shore up the campaigns of Ludlam or Hanson-Young? Bandt is deputy leader, of course, but can hardly become leader given all of his colleagues are in the Senate, and in any event as deputy leader he must take some share of the blame for the Greens’ poor performance.

Interestingly, however, the jury is still out on the Greens’ long-term strategy to boost their vote in regional areas. In the state where the most work has been done to engage regional communities and work with them on issues like coal-seam gas, NSW, in regional electorates Greens candidates actually had a swing to them, or if there was a swing against them, it was far smaller than the national swing. This was particularly pronounced in the coastal seats in northern NSW; in contrast, the stereotypically green inner-city electorates swung harder against the Greens. The swings against the Greens were also smaller in regional Queensland electorates as well.

So there are two small positives for the Greens from an overall bad result: they’ve been able to hang onto their seats despite a big swing against them, and they’ve continued to make headway in regional communities, albeit slowly. But neither should distract them from taking a hard look at what’s happened to the party since Bob Brown called time.

That’s a fair enough balanced article I reckon. I’d be interested though, to what extent a relentless focus on the Greens in the negative, by News Ltd in particular, but also shock jocks, contributed to the percentage swings. No coverage of positive stuff, only negative coverage, and an openly expressed editorial policy of ‘destroying’ them played. At least a percentage point I’d say, maybe more. Something most of the other minors (including Palmer to some degree, he only got focussed on by News more recently). Their longer term answer has to be to spread the Bandt efforts more broadly in key states…grassroots organising is hard work, but its really their main strength in future.

Talking to more than a few friends, I think the Greens also suffered in Qld, at least, from people concerned that a vote for the Greens would be wasted, and wouldn’t help keep stop the Abbott juggernaut. Several said things like ‘I’d vote for the Greens, but they never win a seat, so what’s the point’, or ‘I don’t want to waste my vote’. I think a concerted effort to engage younger voters (especially unenrolled potential voters) could see a few more Bandt successes. The Greens are slowly building in a few interesting spots. For example, although Charles Worringham in ‘affluent leafy’ Ryan lost 4.5%, he still pulled a health 15% primary. It may not be long until Ryan becomes a Green vs LNP contest – although it’s hardly LNP marginal at the moment.

I know Bernard is contractually obliged to shit-stir the Greens. But this article is really just hot air.
It will be interesting if anyone from the Greens bothers to respond on the question of how much it cost to retain Melbourne. But I think the party faithful will believe it was worth it – with Bandt now having nothing to do for three years but pander to his electorate, Melbourne is now almost certainly ‘safe Green’.
Beyond that, the increase in vote in ’10 was primarily in reaction to the electorate’s disapointment over the failed ETS legislation. With carbon pricing in place, that vote went back to Labor and the less rusted-on Labor vote went to Lib/Nats.
Bernard doesn’t understand the Greens and he never will. This mathematical investigation ignores all the real world factors that make people “greenies”.

I reckon there’s a bit of “Female Leader Vs The Electorate”?

Let’s face it with our voting system, of exhausting preferences, there is little chance a Greens candidate will win a seat in the Lower House – Bandt has twice, but how many others have come close, out of how many seats decided since they’ve been contesting?
The Senate with it’s proportional representation, of the whole electorate (state), is much more likely to reflect the will of more of the electorate.

This makes me wonder how well did the Anti-CSG movement do in NSW overall? I don’t think the Nationals would have done as well? Any statistics on this?