AGD does it again: more changes to its data retention story

The Attorney-General's Department has yet again changed its story on how it developed a proposal to store Australians' internet and telecommunications data. 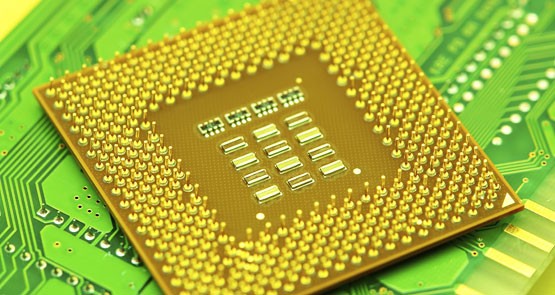 In a remarkable development, the Attorney-General’s Department has again sought to correct evidence it gave to Senate Estimates several months ago in relation to its handling of the data retention issue.

As Crikey reported at the time, evidence presented by AGD officers to the Senate Legal and Constitutional Affairs Committee in May in response to questions from Greens Senator Scott Ludlam didn’t match what we knew about the department’s efforts to develop a proposal to impose a compulsory data retention régime on Australian ISPs and telcos, under which Australians’ internet usage and telecommunications data would have been stored for future investigation.

After Crikey raised the possibility that the Committee had been misled, AGD subsequently amended its evidence to the committee.

Now the department has again written to the committee (and again on a Friday) seeking to amend its evidence several months and a federal election after the hearing. The clarification relates to a small but important point:

“On pages 126 and 127 of the transcript, in an exchange with Senator Ludlam in relation consultations in 2009 with the telecommunications industry regarding data retention, it was stated that this consultation was undertaken on the initiative of officers of the Department in the course of developing policy.

“A recent review of Departmental files has highlighted that in 2009 the Department sought, and received, the Government’s authorization for the relevant consultation to be undertaken.”

The significance of the clarification is that at those Estimates hearings, AGD clearly adopted a tactic of downplaying the department’s industry consultations on data retention. The departmental secretary, Roger Wilkins, whose term was renewed by the outgoing Labor government, told the committee the consultations were “informal”, and “done without, for example, my authority, it was done by the initiative of officers thinking they were just talking, having a chat about what might this involve … It was done as an initiative by officers at a lower level.” The department also carefully downplayed the actual number of consultation meetings.

As Crikey explained at the time, this dismissal of the consultations with industry didn’t match up with what we already knew.

Now we know that these “informal consultations” which were pitched to the committee as something of a frolic by junior officers in fact had the imprimatur of the minister (we assume the clarification relates to ministerial approval, by then-attorney-general Robert McClelland, but it may have been cabinet).

The “recent review of departmental files” which has “highlighted” for the department that its evidence to the committee was misleading is almost certainly Crikey‘s freedom of information request for internal documents relating to data retention, which has now been with the department for several months and which has been regularly delayed; our latest advice from AGD is that a response has been delayed until late this month.

It is, however, presumably a mere coincidence that AGD didn’t reveal the then-government’s authorisation of data retention discussions back in May, but now that that government is history, discovers the need to reveal it.

So much of what Australians do on the WWW is outside the legal boundaries of Australia. To me that means what the AGD has oversight / control of is somewhat limited. Many of us are only just now understanding what domains we have “given away” when adopting cloud and free internet services. if you are using a US server to run a web site and store photos and files. I doubt our Australian AGD has any control or say so over what happens to the information in those places outside Australia. to put it another way i doubt the AGD knows what they are doing. But we pay them like they do! Edward James

you’d think so @Eddy B James but you’d be wrong. Firstly, if you do it ‘from’ here physically then you use a common carrier to get there, your ISP. And you use federal telecommunications-law applicable infrastructure to get there, so you’ve commited a range of offences under the act. The offshore nature won’t protect you from the acts you perform interacting with it, from onshore.

Secondly as you probably realize, Australia can and does pass laws which make acts committed overseas an offense. Kiddy Fiddling for instance. So you can be hanged twice depending.

Given what we learn about ‘five eyes’ and ‘TPP’ (look em up on google if not familiar) I think assumptions about what AGD can and can’t do, and will and wont say about what they can and cant do, is starting to get into Rumsfelds unknown unknowns.

Despite all of the recent talk about APS Codes of Conduct and Values for ordinary public servants, this sort of behaviour makes a mockery of the oversight role of Senate Estimates. It is more of the same from AGD. They have form. If the chats with industry were so informal why the obfuscation and wishy washy flummery during Estimates?

(Although itwould not be altogether surprising if Wilkins did not know everything that happened underneath his purvey, many departmental secretaries are told what they want to hear).

“Now we know that these “informal consultations” which were pitched to the committee as something of a frolic by junior officers in fact had the imprimatur of the minister (we assume the clarification relates to ministerial approval, by then-attorney-general Robert McClelland, but it may have been cabinet).”

“It is, however, presumably a mere coincidence that AGD didn’t reveal the then-government’s authorisation of data retention discussions back in May, but now that that government is history, discovers the need to reveal it.”