Your Maj, time to give your UK subjects their rightful retirement

British retirees living in Australia get half the pension of their countrymen and women. The long-running fight to overturn the freeze has now called on the Queen for help, reports freelance writer Ava Hubble. 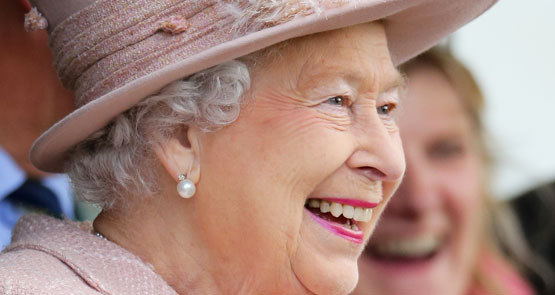 The International Consortium of British Pensioners recently called for Britain to be suspended from the Commonwealth until the UK revokes its long-standing frozen pensions policy.  The consortium, which is made up of expat pensioner lobby groups in Australia and Canada, has now taken the extraordinary step of asking the head of the Commonwealth to support the call.  Similar letters have been dispatched to Prince Charles and the Secretary-General of the Commonwealth.

As Crikey has reported, the frozen pensions policy penalises more than 500,000 British pensioners in over 100 mostly Commonwealth countries, the vast majority of whom are living in retirement in Australia and Canada. Most left the UK upon retirement to join adult emigrant children. Even though they contributed to the UK’s mandatory national pension scheme throughout their working lives in the UK, they do not receive the annual British pension increase — their pensions are frozen at the UK rate in force when they left the UK.

In many cases that was 20 years ago, when the basic UK aged pension was about 57 pounds a week — it is now about twice that amount. The policy does not adversely affect British expats who retire to most non-Commonwealth countries — hence the ICBP’s claim it’s discriminatory and in breach of the Charter of the Commonwealth, which the Queen signed in March.

Currently there are about 252,000 British pensioners living in retirement in Australia. About 190,000 of these expats have become dependent on means-tested Centrelink assistance because they can’t survive on British pensions that have been frozen for years. The outgoing minister for families and community services, Jenny Macklin, has estimated that the cost of providing partial Australian pensions to these expats is in the region of about $120 million a year. While in office she repeatedly called on the British government to revoke its frozen pensions policy, which she condemned as blatantly discriminatory, pointing out that Australia indexes the pensions of all of its expat retirees.

For the decades, successive UK governments have refused Australia’s requests to scrap its frozen pensions policy. Even in boom times the UK said it couldn’t afford the cost. When in government John Howard responded to this intransigence by introducing legislation that prohibited British expats from making any claim on the Australian taxpayer for 10 years after their arrival. Simultaneously, legislation was introduced that has made it increasingly expensive for retirees to acquire even a temporary resident or parent visa.

Current British Pensions Minister Steve Webb recently dismissed the idea of unfreezing pensions as prohibitively expensive, although while he was in opposition Webb was a passionate advocate for the defrosting of the policy. Recently in British Parliament Webb insisted he remained sympathetic to the plight of the penalised pensioners, but “sympathy butters no parsnips”, advising it would currently cost in the region of 465 million pounds a year to grant pension parity to the penalised pensioners. Expat pensioners argue that’s a fraction of the sum they are saving the UK in health and aged-care costs.

They include Derrick Prance, 88, who came to Australia from London with wife Ivy in 1997 to join family in Perth. As a teenager at the outbreak of WWII, he helped to man anti-aircraft guns as a member of the Home Guard, and after the war he went on to work in the UK for 50 years. During that time he not only contributed to Britain’s national pension scheme, he and his employers also contributed to two optional extra British pension schemes. All three of these pensions have been frozen since his arrival in Australia.

The British government, however, has even refused the ICBP’s request that it phase out the frozen pensions policy in relatively affordable stages by initially granting parity to pensioners who are over 85.

The chairman of the British Pensions in Australia organisation, Jim Tilley, is credited with proposing that Britain be suspended from the Commonwealth until it abolishes the controversial policy. If the frozen pensions policy were revoked it is estimated that remittances to Australia in pension payments from Britain’s Department of Work and Pensions would increase from about 420 million pounds a year to 648 million pounds.

Can taxpayers get the rorted car parks money back? We asked a lawyer

The wild, wild West: how WA became the home of sovereign citizens and micronations

Do British pensioners get the full pension if they return to the UK to live?

Gavin, we have returned to the UK after twenty years in Australia (the last 13 years with a frozen pension) and my pension has jumped up to parity with other state pensioners in the UK and Europe. Pensioners abroad miss out on a variety of additional helpful things like bus passes, free healthcare, easy voting, etc. By living in “frozen countries” pensioners save the UK government a great deal of extra expense.

Thanx Dain. Most interesting. I trust you are enjoying your return to Britain.