Labor to provide new parliament's first broken election promise ... The rise and rise of Angela Merkel and more facts and tidbits from around the net

Labor to provide new parliament’s first broken election promise? If the factional bosses with faces get their way then Labor will win the race to be first to break an election promise. Senator Stephen Conroy started the process yesterday by slanging off about the Kevin Rudd proposal, endorsed by Caucus before the election, to give rank-and-file members a say in deciding the party’s parliamentary leader. No doubt he is out threatening his colleagues with future political punishment if they don’t agree to reverse that decision and return to the good old days where he can retain his undemocratic power.

A premature pronouncement of death. So the election of 2013 was meant to mark the death of any movement towards independents as the people showed their disapproval of those outside the traditional party structures in keeping a minority government in power for a full term. The Liberal and National parties made a big thing of it during the campaign but their initial gloating at the passing of Tony Windsor and Rob Oakeshott has proved premature.

Independents will be alive and well in the new House of Representatives — four in all if we count the Queensland pair masquerading behind the names of political parties they founded. Toss in the Green from Melbourne Adam Bandt and the cross benches will again be big enough to notice. Two out — Windsor and Oakehott — and two in to replace them — Clive Palmer and Cathy McGowan (probably).

This time round the cross bench quintet will not be in control of things but that will not lessen the angst of Liberal, National and Labor members — especially those holding supposedly safe seats. For one common thread the electorates of the five have in common is that on an orthodox swing pendulum they all looked comfortably secure from challenge by the traditional major party opponent.

Sound familiar? “The German campaign is in full swing, but Chancellor Angela Merkel is carefully avoiding controversial issues. Her stump message focuses entirely on her person and gives short shrift to her plans for Germany’s future.” That’s the way Der Spiegel describes yet another attempt by a politician to avoid the issues. But this time, as Merkel Campaign Driven by Fear of Voters explains, Merkel has the big advantage of being popular and there is still, says Der Spiegel, surprisingly little to indicate that Germany is about to hold a national election.

And that is primarily due to the chancellor. Never before has a German chancellor managed to sedate the country’s electorate ahead of a vote as effectively as Merkel has done. Instead of talking with citizens about where she wants to take the country, Merkel treats voters like children who should simply trust that mother knows best. 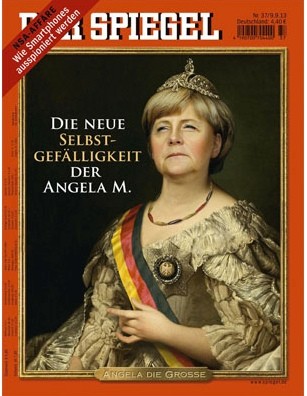 The Crikey German Election Indicator has Merkel a 91% chance of being Chancellor after the election with all other possibilities a combined 9%.

Going literary. A change of pace for the Crikey Election Indicator. It’s going literary with a Man Booker prize version. Canadian-born Eleanor Catton, now living in New Zealand and featured in Crikey yesterday, is currently rated an equal second chance of being elected the winner for her historical novel The Luminaries. 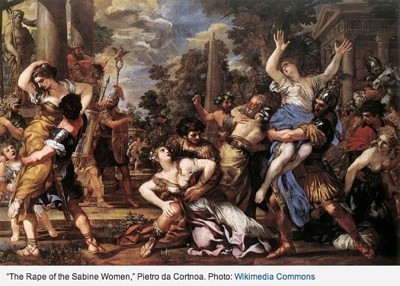