Mirabella may lost job even if she wins ... The AFR takes on penises ... gossip from the journos' election campaign ...

Mirabella’s woes. Sophie Mirabella is still in the hunt for her seat of Indi — she’s closing the gap, and is now just 769 votes behind independent challenger Cathy McGowan. We’ve heard from an impeccable Liberal source that the party is so annoyed with her for losing / almost losing the seat that even if she wins she may not get a position in cabinet. Mirabella was the opposition spokeswoman for innovation, industry and science, a reasonably senior role allowing her to speak for the party on the carbon and mining taxes.

If she doesn’t make it into cabinet, it could be a male-dominated blokefest. Going into the election Tony Abbott had 11 women and 35 men in his shadow cabinet and junior ministry. If Mirabella misses out, and there are rumours Concetta Fierravanti-Wells might get a demotion, women might make up under one-third of Abbott’s senior team.

Perhaps MPs Sarah Henderson, Kelly O’Dwyer, Jane Prentice and Sharman Stone could be in line for a promotion? All are well-regarded within the party. Henderson is smart and articulate, O’Dwyer a fierce fighter, Prentice energetic, and Stone is intelligent and likeable. And Sussan Ley and Fiona Nash, both already in the ministry, deserve a promotion — they have serious talent. Don’t try to tell us that a ministry with the likes of Kevin Andrews, Peter Dutton, John Cobb, Don Randall and Tony Smith is bursting with talent.

Gillard heads to uni. Julia Gillard will take up an unpaid honorary visiting professorship at the University of Adelaide, where she studied from 1979-1981. She’ll be in the School of History and Politics. In a statement, Gillard said she would “be co-locating my offices as a former Prime Minister at the University and working there regularly”.

On a lighter note. Did you enjoy the full-page spread on penises in The Australian Financial Review today? It’s on page 42 under “men’s health” if you missed it. Apparently men are increasingly worried about size and performance, but shouldn’t be. Sample quote: “a man with an erection is a mindless baby”.

Tension on the campaign trail #1: the show pony … It seems that a certain fearless reporter got some people’s backs up on the election campaign trail with the leaders. This familiar face apparently “lodged complaints with Labor spinners about pool reporters” [i.e. the reporters selected to pass copy on to others], and made “threats to call bosses and asinine questions at press conferences”, including the grievous sin of interrupting the flow of serious questions with lightweight asides. There are rumours this reporter managed to annoy both Labor and the Coalition. Was the scribe banned from being the pool reporter?

… #2, the crawler. Moving on to another reporter from the trail, this journo has long been great pals with Labor staffers — but the person’s coverage this election was glowingly pro-Abbott. Is this savvy hack trying to curry favour with the other side?

Our moles tell us it was a very young crew of hacks, with most reporters not having worked the trail before. We hear the Abbott trail was convivial and well-organised, with the man himself having drinks with journos once a week (though apparently the vibe on the bus was rather blokey). The Rudd camp was disorganised and fractious.

We’ve heard the camera crews on the Abbott trail fumed when an ABC crew jetted in for the infamous “s-x appeal” presser with Fiona Scott, and a sound guy whacked some people with the mic boom.

Life on the campaign trail is crazy busy for journos, with not enough sleep, very early mornings, constant travel, demanding bosses, technical hitches and boozing (for some at least). Sounds like tensions ran high … if you have gossip, do tell Tips — anonymity is guaranteed. 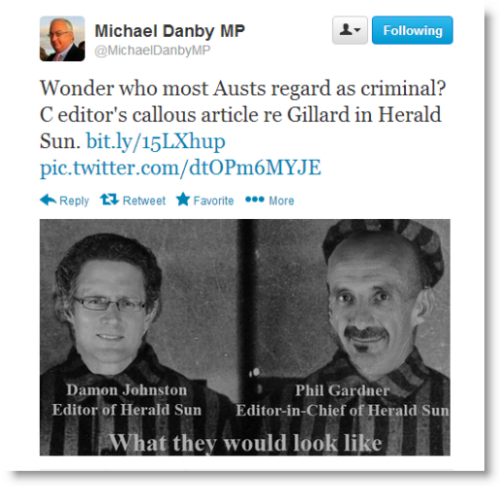 News Corp irrelevant? Rupert Murdoch warned off his Australian editors from showing post-election triumphalism with his tweet “‘Tele wot won it’! No, Australians just sick of Gillard-Rudd incompetence and infighting wrecking great county”. Some in News are now wondering about the cost and the reality of the company’s anti-Labor campaign. The ALP vote in western Sydney and in Brisbane held up despite the virulent anti-ALP campaign by The Daily Telegraph and The Courier-Mail.

The thing exercising the minds most at News Corp Australia’s Sydney bunker is what happens to editorial adviser Col Allan? He faded from view as the campaign went on, and the relatively strong ALP votes in Sydney and Brisbane means he all but failed. His return helped trigger the departure of Kim Williams. Will he be returned to the loss-making (a reported $US100 million a year) New York Post? Or will News CEO Robert Thomson (who “asked” Allan to come to Sydney) leave him here?

The bald facts. Regular readers of Crikey will know that we are huge fans of Greens Senator Scott Ludlam’s magnificent head of hair (previously we admired Brendan Nelson’s mop). The good news for lovers of the hirsute is that the ABC reckons Ludlam will retain his seat. Ludlam tweeted this pic yesterday: 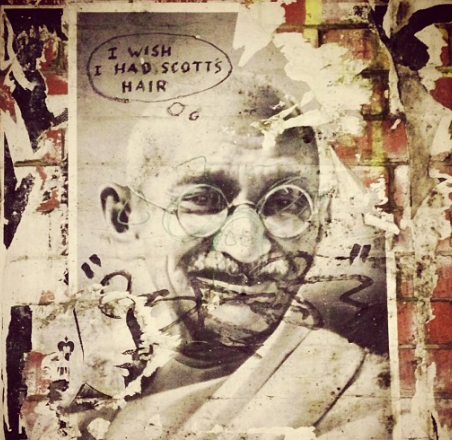 Runaway Gladys should try talking to voters as well as journalists

Re. News Corpse – don’t forget their anti-Palmer campaign failed as well. I live in hope we’re now past the high water mark in Murdoch influence (ie it’s failed as a propaganda organisation) and that its one-sided coverage in this campaign has blown whatever credibility the empire had as a reputable news source.