Opposition leadership — taking one for the team, but not always fatal

History suggests whoever wins the Labor leadership is unlikely to become Prime Minister and not before the 2020s if they do. 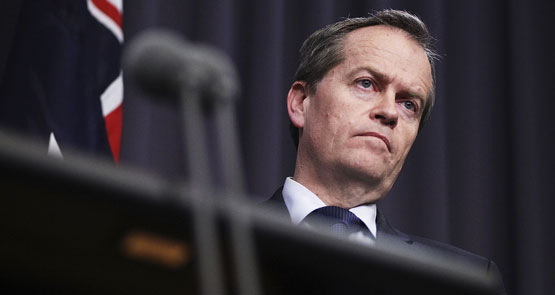 History is strongly against whoever takes over the leadership of the federal ALP becoming prime minister this decade — but the new leader might get another chance in the 2020s.

Only three federal and state first-term opposition leaders have won office in Australia in the last 20 years after uninterrupted stints in the job, and two of those (Bob Carr and Mike Rann) needed two elections before winning (and, technically, Rann had replaced former premier Lynn Arnold, rather than leading from the election). Only Peter Beattie has managed the feat of leading his party from a change of government to victory in his first go, and he had the help of One Nation.

Given federal governments are virtually never one-term governments, that suggests Bill Shorten or Anthony Albanese has only a small chance of making it to the end of his second term as leader, and an even smaller chance of winning that election.

That’s not to say it’s permanently fatal to their chances of becoming prime minister. Several failed first-term leaders went on to have another go: Beazley (two-time loser, though he won the vote in 1998), Andrew Peacock (lost one, lost the leadership, returned and lost second time, though he won the vote in 1990), and Jeff Kennett lost twice, lost the leadership, then came back for a win. Dennis Napthine also did a Lazarus — indeed, it’s more common than you might think — but from the comfort of government.

All of which is to say, it probably doesn’t matter a great deal for the moment who gets the Labor leadership. What probably matters more is the process by which Labor selects its leader. If Bill Shorten is the only nominee, he’ll be targeted as the product of a factional deal. If there’s a genuine contest with, say, Anthony Albanese, Labor will get to put its newly democratised leadership process on display in a manner that will confer greater legitimacy on whoever wins and signal a definite change from the leadership circus that characterised Labor from the time of Simon Crean onwards.

Being first-term opposition leader is definitely taking one for the team — but in Labor’s case, it will be even better if two volunteer for it.

The conventional wisdom that it takes two terms for a government to be re-elected is well supported Bernard’s historical evidence.

But each situation is unique. Labor lost office in spite of its economic competence and the popularity of those policies which distinguished it from the Coalition. The Coalition has built up huge expectations, and we face serious economic problems – our deficit on current account, incipient inflation, inadequate revenue for state governments’ labour-intensive services, worsening inequality, and perhaps even a housing boom collapse. Assured double terms belong to past times of more forgiving economic conditions.

In my judgement in two years Labor will either have reformed substantially, and be well-positioned for office (particularly if Abbott is still PM), or, if it hasn’t reformed and has had a seat-warmer as leader, will be on the way to minor party status or oblivion. The two-term-to-reform option is no longer available.

Ahhh “The Shorten Principle”, what can you say about that?
“He sure is”?

Oh Klewso you crack me up! Ian McAuley is right. I think it is well possible that the next leader of the Labor party will be the next Labor Prime Minister. This ain’t Kansas anymore. I’m now a proud member of the NZ Labour Party – let my ALP membership lapse when I jumped the ditch. The three way leadership contest now underway over here has been a great success – the base is energised (membership up 20 per cent and counting)and Labour Values and policy’s have dominated the media cycle for the whole time. Should this be a contested leadership Australian Labor will have a perfect platform from which to attack the first actions of this new Coalition government while reinforcing the message that the issues that condemned the last Labor Government are being resolved. It will allow the Labor party to rapidly reboot itself as an effective opposition and start to regain the trust of the electorate. Albo and Bill need to both put their hands up to make this happen. Plus, for that matter, a third candidate that while with no real chance of winning will demonstrate the depth of talent in the Labor team and bring a different policy focus to the mix. I’d recommend Tanya Pilbersek – it would create for her real momentum within the party and as Deputy Leader after the vote a much higher profile with the electorate. Any one in labor land listening?

Why does it have to be between Labor and Liberal all the time? Is this not the perfect opportunity for someone new to come in and run on a campaign based on greater personal freedoms of all Australians? Instead we’ve had Labor and Liberal running on who can treat boat people more inhumanely, who is going to follow treaties and alliances with the UK and US more and whether or not the public service gets screwed.

Dare I say maybe it’s time for someone to enter Australian politics in the middle of these two parties?

Abbott threw out the history book, he’ll make on term in office if he’s lucky.