House price boom could be our biggest economic problem

While we wait for the fairies of confidence to sprinkle some magic dust on the economy, we should pay attention to house prices. Glenn Dyer and Bernard Keane report. 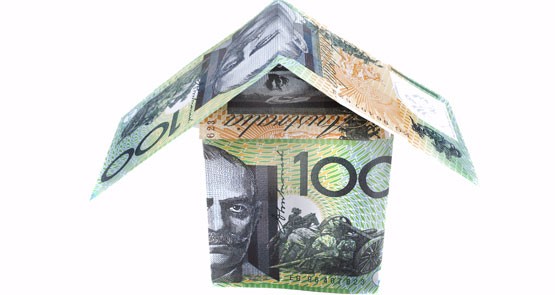 A surging Australian dollar to near three-month highs overnight will help to bring a big dose of realism to all this talk of expectations and confidence driving a weak Australian economy higher. As US economist Paul Krugman said, the “fairies of confidence” and the “imps of expectations” are nothing but ephemera in the greater scheme of things, there to wave their wands when all else fails. We saw this yesterday when the sharp rise in business confidence in the National Australia Bank’s August business survey, but little or no impact on weak trading conditions.

Today it was a big rise, to a three-year high, in the Westpac/Melbourne Institute Consumer Sentiment survey for September, the highest level since late 2010 (when which government was in power? Why the Gillard government).

All agree the economy is waiting for the confidence fairy to emerge and convince consumers to spend, business to invest and jobs to be created. Just a sprinkle of confidence dust and the economy will be surging. If you were in the UK in 1992 after John Major unexpectedly won, you would have seen Rupert’s papers pushing this line — “Cash Happy Shoppers Celebrate Tory Win” was one Sun headline. Before, of course, Black Wednesday arrived in September that year. Before the bad times.

Much of this “confidence” stuff is economic gobbledygook — like Tony Abbott’s line that Australia is now “open for business”. Improving expectations and confidence among business and consumers is imprecise and hard to formalise, and has minimal correlation with real-world outcomes.

And since the poll there has been a surge in the value of the Australian dollar — not because of the Coalition win, but because of more evidence that the Chinese economy has stopped weakening and is now probably just starting to grow again. It underlines what Abbott, new treasurer Joe Hockey and Andrew Robb (temporary finance minister until Arthur Sinodinos has his Senate spot confirmed) ignored for the past two years: the fact that offshore investors view Australia and the dollar as proxies for the Chinese economy.

Australia is now the most exposed of all major economies to the health of the Chinese economy and, with the fifth most traded currency in the world, it’s been easy for investors offshore to bet against China (go short) or go long and believe the China story. There’s been a battle between the shorts and the longs, and from May onwards the shorts won. The combination of both, plus the August interest rate cut from the Reserve Bank, saw the Aussie dollar hit a low of 88.48 US.

But with Chinese economic data for July and economic better than expected, there is now a growing belief that China is recovering. Demand for the dollar is up and the currency is over 93 US cents, the highest since late June. Should China continue to recover, the Aussie dollar will rise, even if the Fed reveals next week a timetable to end its $US85 billion a month in spending.

If that happens, Abbott and Hockey will only be able to sit and watch with the same sense of frustration as Julia Gillard and Wayne Swan as a strengthening Aussie dollar starts to put a stranglehold on the economy and the budget’s revenue base. Helping this is the virtuous circle of good economic management by successive governments and the RBA; we have low inflation, reasonable growth, rising labour productivity and low interest rates that have resulted from the high dollar/ high credit rating and good economic management by the federal government, and especially the Reserve Bank.

“This could very well emerge as a flash point between the new government and the regulators. House-price booms always end in tears in Australia.”

This is a positive feedback loop. Like the Gillard government, Abbott will be an unwilling bystander to the fallout from years of solid, successful management of the economy and creative policy measures during the GFC.

One thing that is more within the control of policymakers is housing. The picture on housing construction has been mixed — it looked like the sector was recovering from its post-GFC lull this calendar year, until growth tapered off. But Australian Bureau of Statistics data released on Monday showed a 2.4% rise in loan approvals (for both existing and new housing) to 52,204 in July, compared to 50,983 in June. The number of loans approved for the purchase of existing homes was 43,809 in July, the highest since 2009.

Growth in demand for new homes is what the RBA has been aiming for as part of its goal of an economy transitioning from a mining investment boom. But demand for existing homes is more problematic. House prices are now up 10% in some markets in the past year. The last thing the economy needs is a housing boom which distorts the economy and brings higher interest rates. Already APRA has signalled concerns about the rising number of home loans where the loan-to-valuation ratio is 90% or more, and has told banks to start being tough on these high LVR loans. APRA and the RBA could very well start trying to “lean against” the surge in the prices of established houses.

The RBA believes in confidence and expectations that flow from consumers feeling more wealthy as asset prices rise, but members also know that contains the seeds of the next, unwanted crisis if left alone for too long. This could very well emerge as a flash point between the new government and the regulators. House-price booms always end in tears in Australia.

Revenue-pressed states want the boom (for higher stamp duty revenues) and News Corp Australia and Fairfax media want the house price boom to continue because their online real estate businesses are the only area of growth for their troubled empires — that’s why newspapers have been talking up house price movements, auction results and other fluff for the past six months. As the ABS data shows, there’s a recovery underway, but it is not doing as much to stimulate demand for new house construction as it is for existing homes and apartments.

If anything this home-price — rather than new-home — boom may become the most pressing problem for the economy, rather than the value of the dollar.

Back in the day and prior to the boom, you couldn’t get a loan-to-valuation ratio of 90%. But if you had been able to it wouldn’t have been such a big deal, it would have been a smallish amount compared to the loans being taken out today. Not only that, but now people seem to pick up an investment property or two to negative gear.

In the even of a crash, it will be the mother of all crashes.

All of this housing boom “get in now before you miss out” rubbish is being talked up by the mainstream media for the reasons you state. Just another example of how unhealthy their far reaching influence is.

It already is. Property prices in Australia haven’t been clsoe to reasonable for 10+ years.

Ridiculously high property prices are a drag on the entire economy, and the massive level of debt they have created should terrify anyone who considers its implications.