What's really behind those micro-parties getting up in the Senate, plus other political snippets noted along the way.

Why the fuss? One thing that is certain about the Senate vote on Saturday is that the people want senators other than from Labor and the Coalition. On the figures I looked at this morning more people voted for the assortment of minor parties and independents than voted for Labor — 32.2% for the others and 30.5% for Labor, with the various forms of the Coalition having the balance of 37.3%. So why do people think it strange that if Labor ends up winning 12 Senate places that the others, including the Greens, end up with 11?

With our federal politicians, House and Senate, numbering 226 I don’t see it as undemocratic that people with small votes end up being among them.

Arrogance unrewarded. Announcement of former Victorian Labor premier Steve Bracks as Consul General to New York came on the very eve of the federal election being called with him not to take it up until after polling day. It was one of those jobs-for-the-boy appointments of the very worst kind that made a mockery of conventions about governments entering into a caretaker mode as their term came towards its end.

S-xy music about scary topics. That’s what the reviewer for National Public Radio calls Rise up Ghosts, the soon to be released collaborative album by Elvis Costello and the Roots. 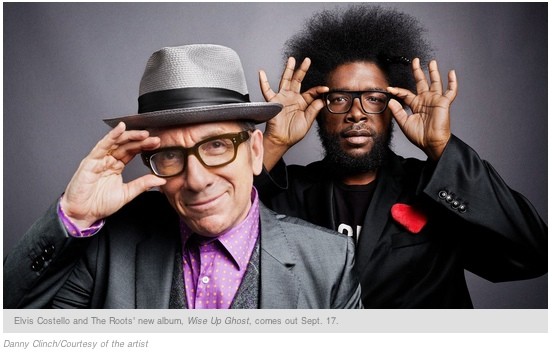 If you fancy such political music you can listen to the whole album for a short while for no charge at NPR.

Picking the singing winners. And as my thoughts have turned to music just a little research note that explains that the winners of those television talent shows are chosen more because of how they look than how the sound. That at least is the conclusion from research by Chia-Jung Tsay, whose “Sight over sound in the judgment of music performance” is published in the Proceedings of the National Academy of Sciences of the United States of America. The article abstract explains:

“People consistently report that sound is the most important source of information in evaluating performance in music. However, the findings demonstrate that people actually depend primarily on visual information when making judgments about music performance.”

Rupert Murdoch, the gossip. David Cornwell, aka writer John le Carre, discusses spooks, the “secret world”, Edward Snowden and Syria with his barrister-neighbour Philippe Sands in a lengthy London Financial Times magazine piece “Conversations with John le Carre“. Among the many wonderful anecdotes is this glimpse into the mind of Rupert Murdoch:

“Le Carre explains that some years ago The Times had published an ‘ungrateful’ photo of him, alongside a story that he’d clobbered a small Polish theatre company by asking for an exorbitant royalty. He wrote to the then editor to seek a correction, which brought a dismissive reply to the effect that he was big enough to take the rough with the smooth. So he wrote directly to Murdoch, requesting ‘a big apology, a contribution to the theatre, and lunch’. He was amazed to receive an instant and simple reply: ‘Your terms accepted, Rupert.’ This put him in a funk, like a naughty schoolboy whose bluff had been called. Lunch was at Ronnie’s favourite, the Savoy Grill — Murdoch’s suggestion. What an odd couple they must have made. Murdoch then amazed him again, with a question that came out of the blue. ‘Who killed Robert Maxwell?’, he asked quietly. ‘A gorgeous moment,’ le Carre says. ‘Rupert, the man of hard fact, imagining that I knew what had become of Maxwell!’ 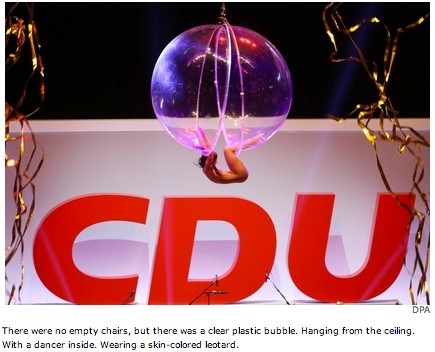 This “fuss” – look at the Queensland election for perspective?
Limited News Party with 49.7% of the vote ended up with 86% of seats – the other 50.3% had to make do with 14% of the parliamentary representation – that’s unbalanced?