The Coalition has won government in the lower house, but controlling a Senate of micro-parties will be like herding cats.

First the likely problems within the Coalition. The National Party and the National wing within the Queensland Liberal National Party will be alarmed at the success of Clive Palmer with his Palmer United Party. Efforts to reduce PUP’s appeal will encourage the advocacy of populist policies on matters like foreign ownership and protection for farmers. There will be clashes with the economic orthodoxy of most Liberal Party ministers. Get out the political history books to study the coalition tensions that marked the last six or seven years of the Menzies-Holt-Gorton-McMahon governments. Stand by for Barnaby Joyce starring as a mixture of Jack McEwen and Doug Anthony.

Keeping peace within the Coalition will be as nothing compared with the wheeling and dealing necessary to get sensible legislation through the Senate. Leave aside the next nine months when Labor and Greens combined can play a spoiler’s role should they choose to. After July 1 next year there will be a conservative leaning majority in theory, but, as Liberal Senate Leader Eric Abetz has already observed, controlling them will be like herding cats. Clive Palmer, for one, will know that his future success will depend on his team not being seen as the lapdogs who kept Prime Minister-elect Tony Abbott in power in the way that the departed Messrs Oakeshott and Windsor were so widely regarded as being Labor’s.

Going down. Perhaps Prime Minister Kevin Rudd did manage to save a kitchen chair or two, but the Labor house is looking rather empty. 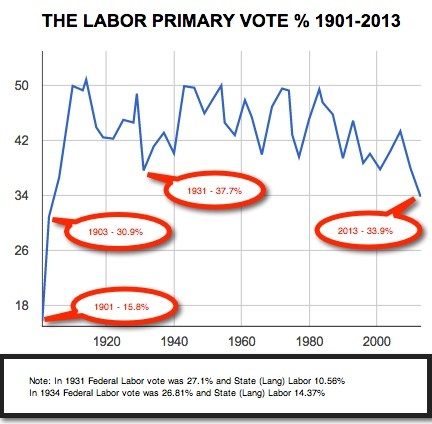 And going up. Minor parties and independents did better in total on Saturday than at any other election since the Liberal Party began contesting elections.

(Liberal and National counted as one)

The trend is one that should concern both the Coalition and Labor. 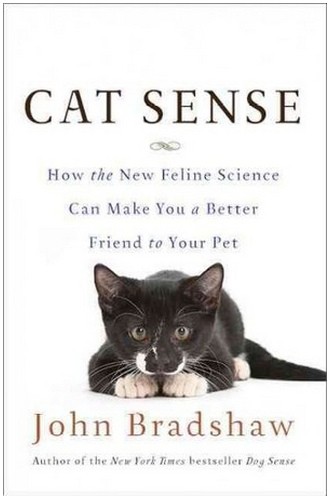 What’s Mittens thinking? Make ‘sense’ of your cat’s behavior — “I think cats are much less demonstrative animals than dogs are. It’s kind of not their fault; they evolved from a solitary animal that has never had the need for a sophisticated social repertoire in the way that the dog — having evolved from the wolf — had that ready-made. So their faces are just not terribly expressive, and some people read into that, that they’re kind of cynical and aloof and those sorts of things. But I don’t believe that for a moment. I think cats show, by their behavior, even if it’s a bit more subtle than a dog’s, that they really are fond of their owners.”

The BRICs party is over — argues that the pressure on emerging markets is not a mere headwind but that  the power of Brazil, Russia, India and China is over. Their ability to get going again rests on their ability to carry through reforms in grim times for which they lacked the courage in a boom.

Academics, policy makers, blogs, and the trouble with op-eds

That jellyfish article is one of the scariest things !’ve read for ages. But your link to it is borked.
This one works [http://is.gd/Emvt9c]

In tomorrow’s New Matilda you will see a similar graph – an update of an analysis I previously published in Dissent. I started in 1940, when, with the UAP collapsing, our present two party structure became established.

In that article I ask NM readers for their comments on the causes of the clear 70 year trend. I’d certainly like to include your comments. It should be on line after about 11 am.

Glad I’m not the only one who sees parallels between Barnaby Joyce and Black Jack McEwan.

We had strong and stable government for the last 3 years, if not 6, and only the mendacious or moronic claim otherwise.