Who won the campaign — the final verdict from our pundits

Over the last five weeks, Crikey has been bringing you the verdicts of Australia's best political commentators, on the bitter day-to-day struggle for the Lodge. As the campaign draws to a close, we went to them one last time to find out who they thought had won the best campaign in 2013 and why: 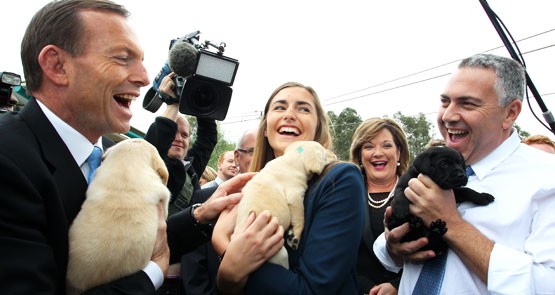 My friend Catherine Deveny says the Right eat other people’s children, the Left eat their own. In the case of this election the ALP — while hardly a party of the Left any longer — has greedily eaten itself.

Nobody won this election campaign; the ALP lost it. It deserved to lose, not because its policies are particularly lousy, indeed, in many respects — the NBN, Gonski, climate change, DisbilityCare — they are streets ahead of the Coalition. It lost because it has been distracted by power struggles and in-fighting for six tedious years. It lost it because it has been unable to communicate the things it has got right and unable to convincingly spin the things it has got wrong. The ALP lost it because it is timid & easily swayed when it comes to principle and unconvincing when it comes to pragmatism. The Coalition has won the campaign by default.

The electorate is very anxious. Voters are looking for someone who will actually lead them. The ALP has become mired in the sticky morass of focus group research and has finally sold its soul — not to the devil, but to a much more powerful force: the pseudo-science of marketing & comms. Even more damning, it has sold it for shithouse marketing & comms. Not a single one of their carefully massaged messages has actually gained traction — not one.

Tony Abbott and the LNP didn’t have to do much; a bit of dog-whistling to s-xist men that it’d put the chicks back in their place, some judicious fear-mongering and a helping hand from (ex) Citizen Murdoch and the job was done. It is the single most depressing and dispiriting election campaign I have seen in my lifetime. No-one is looking to the future; the ALP is staring at its own navel, and the Coalition is looking backwards. God help us.

Peter Brent, psephologist and author of Mumble blog at The Australian:

Because the Coalition appears headed for a big win tomorrow, it is tempting to see its campaign as a work of perfection. But it was scrappy at times and included the odd stress-inducing moment, like the boats buyback. The election that for years was going to be a “referendum on the carbon tax” ended up being anything but, and Tony Abbott’s decision to drag it to the centre in the final week with a view to maximising the Senate vote was high-risk, to say the least.

Through the same prism, the ALP campaign is seen as an unmitigated disaster, with particular blame going to the Kevin Rudd. If it loses tomorrow that’s how history will record it. The most legitimate criticism is of Rudd’s quickie “policies”– Northern Territory company tax, moving the navy to Brisbane and his self-described “economic nationalism”.

The Coalition’s major success seems to have been to placate voters’ fears about the idea of Abbott as prime minister. Because a lot of this comes from comparisons with the current incumbent, it has been assisted by Rudd’s at times undignified demeanour. In the most obvious sense the opposition won the campaign because the most recent polls give it higher two-party-preferred support than it began with five weeks ago. Although by that measure the Coalition won the 2007 campaign as well.

Although he did a little better in the last few days, Prime Minister Kevin Rudd clearly lost the campaign.  He sought to capitalise on his popularity, but that waned. He sought to run a fear campaign, but he wasn’t trusted or believed — people just stopped listening. His messages were riddled with contradictions and inconsistencies. His “policies” became increasingly ad hoc and from the hip.

All this made it relatively easy for Opposition Leader Tony Abbott to stay on message. Abbott’s key was discipline. His main weakness was the costings debate, but the electorate were over it. I doubt they believed either side would ever have the money to deliver what they promised. Overall, the main disturbing feature of the campaign was that expectations were raised, by both sides, way beyond what they would be able to deliver, seriously constraining any future government, probably for decades.

Clement Macintyre, head of politics and history at University of Adelaide:

The story of the last few days tells the story of the election campaign. From the moment Labor changed leaders there was a sense of hope and expectation among government supporters that this would prove to be a masterstroke that turned the mood of the country and restored Labor’s ascendancy. But it was never much more than hope.

The relentless balance of polls the over the past few years suggested that most voters had given up on Labor and were prepared to return an Abbott-led coalition. The brief flurry of interest in Rudd caused a blip rather than a change in the mood of the electorate.

The Liberals knew that not being panicked and maintaining a steady hand would be enough. They would have hoped that the old “dysfunctional” Rudd would re-emerge and they should have known that Labor would inevitably get more desperate and its campaign more flaky as it went on. By the last week, Labor’s last hope rested on flushing out the scale of the cuts that were alleged to lie at the core of the Coalition’s economic package.

Yesterday’s final unveiling by the Liberals was an anticlimax. Significant cuts to foreign aid — but not much more — left Labor’s fear campaign exposed. For Labor the campaign never got into stride and it failed to nail the Coalition in any significant policy area. The Coalition will win a comfortable majority — and it will be as a result of a better planned and better executed campaign.

Tony Abbott will win the election which means he won the campaign, largely thanks to a bigger budget, his own small target risk-aversion, unprecedented bias from the Murdoch press and Labor’s truckload of baggage.

Kevin Rudd did well to neutralise the boats issue and boxed Abbott into adopting many Labor positions on Gonski, NDIS and budget deficits into the future. This really was the unlosable election for the Coalition but Abbott still gaffed his way around on “s-x appeal”, sweaty netballers, Syrian “baddies” and Big Brother housemates. Sweaty Joe, costing dodges and internet filters lead to an untidy finish. Rudd looked frenetic and sounded a bit hysterical, with policy thought bubbles on differential company tax rates and naval re-deployments. The failures to consult, especially with Barry O’Farrell on Garden Island, reinforced the “old Kevin” perceptions.

Rudd’s “New Labor” slogan failed because he wasn’t able to demonstrate enough new policies or candidates to differentiate from the Gillard minority government. The small format  launch in Brisbane demonstrated how unloved Rudd is by the Labor machine and base and that Therese Rein Bunnings anecdote simply reinforced chaotic Kev.

Ultimately, the biggest winner of the campaign was the ABC, which delivered in spades across all platforms as the pollies and the Murdoch press delivered another forgettable effort, similar to what we saw in 2010.

Do you people ever read the MSM? Wall-to-wall pro LNP from go to woe. Of course, this has little effect on the average voter!! – sez people who make a living in advertising, PR, media, politics! Experts all, no doubt.
Our country is in big trouble.

Sal’,
The test of the media will be whether they go in hard on the mistakes that a new Government is certain to make or whether we get three years of soft reporting and have to rely on “biased” outlets like Crikey for the real story.
Labor were never going to win, I just hope enough of “the furniture” gets out of tomorrow unburned that we can have a viable opposition and some protection in the Senate.

Why was Labor never going to win, mattsui? They have superior policies for the majority in almost every domain. The populace will be voting against their own interests owing to blatant propaganda. Why will anything be different after the election?

Polling for Labor was dire and getting worse. They were gone. That’s why Rudd was brought back. Not for any other reason than the popularity spike he provided going into the election. It has all been about saving seats (Labor MPs’ job security) and hopefully they’ve done enough to keep the LNP honest and maybe get back after one or two terms.
The papers have to report something, maybe now they won’t have a Labor Government to kick, they can go back to reporting the truth? Too much to hope for perhaps.

The behaviour of the Sussex St Lubyanka seems to have been motivated, from the moment Krudd won the ALP leadership in 2006, by one obsession – prove to the party seat warmers, apparatchiks, time servers & men without navels that free thought, vision and principle were no match for iron faction control. In other words, the Miltonian concept, “better to rule in Opposition than serve in government” (for anyone under 50, make that Khan to Kirk, before being set down on an uninhabited planet).
For the next round of preselections, there will be one standard – obey or piss off – for all snout-in-trough wannabes.