Plenty of people have dismissed the Palmer United Party as a rich man's ego trip, but its potential for disruption shouldn't be underestimated. 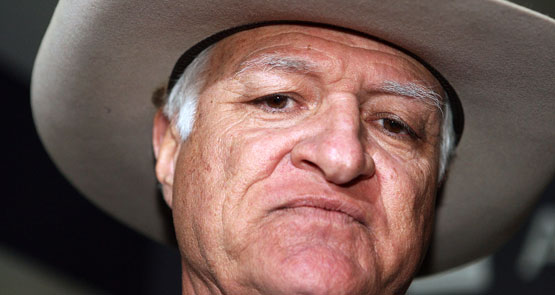 In the wake of what looks a certain defeat for Labor tomorrow, much of the blame will be attributed to the strategic confusion and tactical errors which have dogged Kevin Rudd’s campaign. The various gambits Labor has played in its efforts to recover the initiative have amounted to less than the sum of their parts.

But the party’s muddled campaign has in reality been more symptom than disease, with the looming swing tellingly concentrated in areas such as western Sydney and Tasmania where the brand has undergone an extended period of decay at both state and federal level. To the extent that the campaign can be said to have had a significant impact, it is in relation to an apparent sideshow: the remarkable success of Clive Palmer in establishing his party as a serious contender for Senate seats, and perhaps also as a vehicle for his own entry to the House of Representatives.

After appearing at first to be engaged in nothing more than an expensive ego trip, Palmer has surged in late campaign polling to 4% nationally and something approaching double figures in his home state of Queensland. This has been achieved largely on the back of a fortnight’s worth of saturation television advertising, offering a potent insight into the medium’s undiminished power.

Much of the talk surrounding the surge in support for the Palmer United Party has related to its Senate prospects in Queensland, where lead candidate Glenn Lazarus — a former rugby league player whom your AFL-state correspondent understands to be a “brick with eyes” — has emerged a strong chance of upsetting the apple cart of James Blundell and the hitherto ascendant Katter’s Australian Party.

However, such is the delicate balance of the various Senate contests around the country that the share of the vote that PUP is being credited with is enough to seriously upset existing calculations, which already pointed to unusual outcomes based on large numbers of micro-parties with mutually favourable preference arrangements.

Assuming the PUP does not win the seats for itself, a strong showing could in fact limit the potential for micro-party boilovers, as its own preference tickets are relatively conservative.

The exception to this rule is that it has looked kindly upon Family First, who are placed ahead of all significant contenders in every state but South Australia. However, that will only avail them if they secure enough support off their own bat to make it past the early stages of the count, and then gather enough preference to finish ahead of PUP candidates.

Should they fail to do so, Palmer’s preferences could instead do wonders for the Greens’ prospects in Queensland and South Australia, which had hitherto looked rather bleak. They could also give a boost, on some scenarios at least, to Scott Ludlam and Peter Whish-Wilson in their bids for re-election in Western Australia and Tasmania.

On the other side of the coin, Palmer preferences could save the bacon of embattled Liberal Arthur Sinodinos in New South Wales, where the PUP ticket favours him over every realistic contender with the arguable exception of Family First.

As for the lower house, Labor optimists have seized on the surge to Palmer and the finding of Tuesday’s Nielsen poll that 62% of his supporters planned  to direct their preferences to Labor. However, analysis of primary vote trends in Queensland discourages the notion that the PUP phenomenon is substantially to Labor’s advantage.

The rise in support over the past fortnight has almost exactly coincided with a comparable decline for Labor, suggesting the reason for Labor’s high preference share is that many newly minted PUP supporters are in fact Labor identifiers looking for a place to park a protest vote.

Of more direct interest is Clive Palmer’s suddenly plausible pitch for the Sunshine Coast seat of Fairfax. The first task facing Palmer is to outpoll Labor, who scored 27.3% in 2010, a task that becomes considerably easier if he is indeed gouging votes directly at their expense. Also of use to Palmer is the decision by the Greens, who polled a substantial 18.0% in 2010, to direct preferences to him ahead of both major parties. Palmer next challenge would be to overcome Liberal National Party candidate Ted O’Brien, which might not be so easy given retiring member Alex Somlyay’s 49.5% vote in 2010.

Regrettably, amid the slew of electorate-level robo-polling that has been conducted during this campaign, none of the pollsters concerned has seen fit to bother the good voters of the Sunshine Coast.

I’m calling it now – Palmer preferences will end up getting at least one Greens senator over the line.

Hope you’re right Mark.
It would be amusing. And amusement is all I’m reasonably hoping to salvage from our democratic process at this stage.

I think the Greens will retain status quo. Hard for Labor to win, but I’ll be laughing if it’s an Abbott “minority impossible” government.

Greens preference decisions have been vindicated.

PUP has a smaller edition wealthy political player in the person of John Singleton who used his money to saturate local media on the Central Coast with promotions for the Mayor of Gosford to the seat of Robertson and a retired cricketer to Dobell. It has been suggested these to will bring with them about 12 % of the vote pool In the case of Mayor McKinna he has said he is supporting Liberal Lucy Wicks which is OK with me as I need her to displace Deborah O’Neill . I see Clive Palmer as a spoiler to Liberal. But I believe Labor nationally will be preoccupied with trying to heal what left of itself while on the outer politically. Edward James