‘Joke’ and ‘screwed’: young people on the election

Almost half a million young people have not enrolled to vote at this election. Freelance writer and communications student Courtney Biggs explains why. 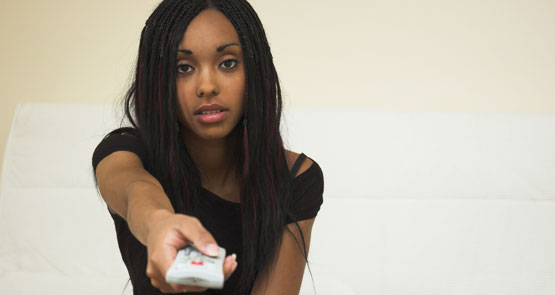 On the night of the June 26 leadership spill, Kevin Rudd pleaded with young people to “come back and listen afresh” to politics. He said he understood why young people were “switched off”, but wanted to engage them and stressed the importance of harnessing their energy and ideas “to support us in the great challenges which lie ahead for the country”.

However, apart from a few “selfies” and a last-ditch attempt to connect on Reddit last week, there’s been little to appeal to young people in this election campaign. Rudd’s youth engagement began and ended with some cringe-worthy use of supposed youth slang like “Rudd dog” and “gotta zip”.

Rudd was praised for securing the youth vote during his campaign in 2007, and as PM the first time around he held a 2020 Youth Summit. But this election campaign lacks the same youth focus.

The blame doesn’t lie just with the Labor Party. Few parties are offering policies to entice young voters this election.

Political commentators are puzzling over why an estimated 400,000 18- to 24-year-olds across Australia are missing from the electoral roll and will not be voting in this election. Young people — including those who are eligible to vote for the first time — make up a third of missing voters on the electoral roll.

On August 29 Rudd announced Labor would invest $34 million to open another 10 Headspace youth mental health centres. However just nine days out from the election, his first and only youth-related policy may be too little, too late.

“Footage of Rudd and Abbott being treated like rockstars at high schools is shared widely. What is not, is the fact that a large number of those screaming students can’t name their local MP”

The Liberal Party attempted to reach out to youth voters using Tasmanian candidate Bernadette Black, who released a YouTube video targeted at youth. She opened with the greeting “hey there, rockstar” and spoke about uni students working “a few nights a month” for the “small mercies in life, like Maccas or a late-night pizza”. For students juggling full-time work with full-time study, this message is insulting. Black continued to “empathise” with students, saying, “but movies with mates are becoming less and the big bad world starts to creep in”. The video was labelled “awkward” and “patronising” on Twitter and was quietly removed.

The Liberals’ proposed interest-free loan scheme for apprenticeships was well received, but it only affects a small section of the youth demographic. The rest are crying, “what about us?”.

The Greens have promised a 10-point youth plan, but it has received minimal coverage in mainstream media, lost among a continuing stream of candidate gaffes.

When chatting to friends and peers about the state of Australian politics, words like “joke”, “pathetic” and “screwed” are often used. Rudd was right in June when he said youth had lost respect for our political system. Politicians and the sound-bite centric mainstream media have done little to earn it back.

However, perhaps the problem of disengaged voters begins earlier than university-aged students. Footage of Rudd and Opposition Leader Tony Abbott being treated like rockstars at high schools is shared widely. What is not is the fact that a large number of those screaming students can’t name their local MPs, let alone the other contesting candidates. I spoke at a high school in a marginal electorate a few weeks ago, and not one student could tell me the name of the electorate they lived in. Their apparent interest in politics is really superficial excitement. Enrolments for politics subjects are dwindling in high schools, some high schools fail to provide a basic civic education program.

The result is that we are raising the next generation of disengaged voters.

Young people are creating new initiatives like Policy Booth to get their peers engaged, but they cannot change this situation alone.  In a time when $2.3 billion has been ripped from universities, TAFEs are closing, housing prices are skyrocketing and jobs are disappearing, youth are seriously concerned about their futures and politicians are doing almost nothing to help. This election should serve as a lesson for the future: do not ignore young people.

*Crikey’s Cathy Alexander spoke at the Melbourne Writers Festival last week and encouraged writers to pitch story ideas for publication. This story came from that session.

“Comeback young’ns. We want to eat your votes!”

Having seen the parents & rels. duchessed & discarded at every election since they became sentient, why would anyone not hostage to Fortune give a flying about political engagement? In 50 yrs of adulthood (never grew up)I have known a dozen or so true revolutionaries and several score radicals who, when the kids & mortgages arrived (as if from the ether)became first young then old fogies and boring as.
The Future has Passed, from now on it will be recycled ratbaggery, proven failures and me-firstism.
Enjoy.

Those younguns will get to learn what they may have prevented….hopefully not to their great regret

The elephant in the room with regard to youth (and others’) disengagement is that politics is led by self-serving unimaginative bullshit artists directed by marketing experts and money. Disengagement is considered acceptable collateral damage of scorched earth campaigns to win elections with minimal commitment to vision or integrity. I will do my bit to fix the actual problem. How dare the finger be pointed elsewhere. Their bullshit meters are not yet broken,

Funding for live music was promised by Rudd … Does that count as a youth policy or are we all old rockers now?