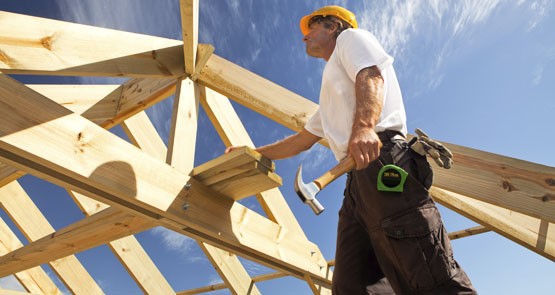 The Australian economy is stuck firmly in low gear after the third successive quarter of growth of 0.6% (quarter-on-quarter and up 0.5% on a trend basis), according to the latest national accounts data from the Australian Bureau of Statistics this morning. In fact it’s now a year of growth at this level because the September quarter of last year recorded quarter-on-quarter growth of 0.5%. The market had been forecasting a 0.5% rise (seasonally adjusted).

The data show seasonally adjusted growth was 2.6% in the 2012-13 financial year (and 2.5% on a trend basis, which is designed to smooth out the lumpy seasonally adjusted data). Looked at annually, growth slowed noticeably from the 3.1% in the September 2012 quarter to the latest rate, which is well below the long-term growth in the economy of around 3%.

The reason for the modest growth rate isn’t hard to find — the national accounts reveal that the savings ratio remains high at 10.8% seasonally adjusted and 10.7% on a trend basis. It has been at or around this level now for three years or more as consumers and companies deleverage and build up their cash reserves. That’s resulted in over half the country’s mortgage holders paying off their loans faster than they have to (to take advantage of the record low interest rates) and Australian companies building up a cash pile of more than $105 billion at June 30 — but it’s bad news for sectors like retail, which have marked time, although it’s never been as bad as big retailers have tried to make out.

The ABS said that growth for the quarter was driven by a 0.2% contribution from household final consumption and a similar contribution from changes in inventories. Finance, mining and construction drove growth, with finance contributing 0.2% to GDP. Terms of trade increased 0.1% in the quarter, but they’re down 4.9% seasonally adjusted over the year. State final demand grew in most states except Victoria, where it was flat, and as usual in Tasmania, although Tasmania’s -0.3% was a smaller decline than usual.

The overall growth picture is thus slow, but at least it’s broad-based.

And labour productivity again rose. While the Coalition, business and even Labor talk about the need to fix productivity, Australian businesses have continued to get on with the job of improving it. GDP per hour worked rose 0.2% in the quarter (in trend terms) and 1.7% through the year to June. Gross market value added per hour of work (roughly, private sector productivity) rose 0.5% in the quarter and 2.3% through the year. Real unit labour costs fell 0.9% in the year to June and 0.8% for non-farm workers.

The flat growth affirms the Reserve Bank’s decision on Tuesday not to cut rates and its neutral bias, which means, barring a disaster offshore, there won’t be another rate cut for some time, if at all. And if house prices continue their recent escalation — especially in the huge Sydney market — then we might be hearing about “rate rise looms'”in early 2014. Inflation is also not a concern — the private consumption price deflator rose 1.9% in the year to June, while other measures were also weak — so much for Opposition Leader Tony Abbott’s carbon price “python squeeze”.

The result confirms that the Coalition’s economics brains trust is right to back away from any firm commitments on fiscal policy: as of Saturday night, this is likely to be the Coalition’s economy, and it’s not about to surge back into the sort of growth the Coalition was able to exploit before the financial crisis. Having spent years deriding Labor for being unable to manage the economy, suddenly the Coalition has to make economic judgments for real. And it’ll be a lot harder than issuing a media release and calling a presser.

There is discussion about which party will create a property boom. Price points in the Australian realestate market are related to demand and supply. This is particularly related to public transport infrastructure. Melburnians know full well rents and values are higher in Zone 1 travel areas. Outer burbs property developers only fool people short term with “30 minutes to Melbourne” ads which are based on weekend travel times. As a transport driver also my life (and my property values) would be much better by giving commuters an alternative choice of frequent public transport eg by building extra train stations on existing lines and putting an extra two tracks between Dandenong and Oakleigh (3 tracks will not be enough). When government planners decide that somewhwere is a growth corridor that is when level crossings should disappear. – not 20 years later!