Abbott’s wild-goose chase for Marxists in the classroom 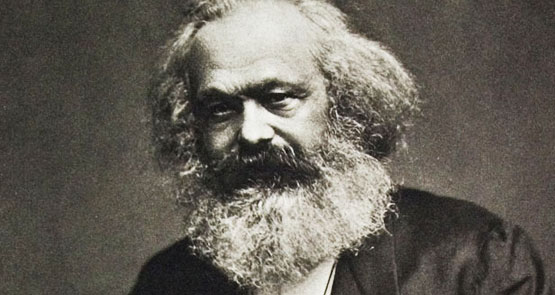 Abbott told the National Press Club this week that national history curriculum “underplays the heritage of Western civilisation”. Not only that but trades unions are accused of getting a guernsey while business doesn’t. Improvising wildly, Abbott also thought there were a couple of Labor prime ministers mentioned in the document but not a single Coalition prime minister.

What curriculum documents has he been reading? It’s certainly not the one on the Australian Curriculum and Assessment Authority website. Leaving aside the contested word “heritage”, even a quick glance shows that “Western civilisation” is dealt with in:

It would be hard to jam anything else into an already packed curriculum of which, at a rough guess, the above represents about 50% of the total. As for any mention of trades unions, there are none at all in the primary and secondary curriculum, but there is certainly a mention of capitalism.

With Labor prime ministers, there is not a single reference. And, in a fair and equitable way, there is no mention of any conservative prime minister. That doesn’t mean they won’t be studied; it just means that within broader topics they move more into the background when writing up a curriculum document.

As it happens, Bob Menzies gets a specific must-do mention in the Senior Modern curriculum (years 11 and 12) but Labor prime ministers Ben Chifley and John Curtin are relegated to the interchange bench. Not even the Coalition’s favourite deregulators Bob Hawke and Paul Keating are cited. Again, it doesn’t mean they won’t be studied within a broader topic.

The point always when writing a curriculum document of this kind is to avoid overloading it with specifics. Good teachers will know how to handle the details. And at years 11 and 12, you tend to get the knowledgeable and experienced teachers.

So what’s the beef? I think I can see the Coalition might object to a couple of year 10 units — one on environmentalism and one on rights and freedoms — but I can assure readers that those units are in there as options because they are significant social and political movements. Good teachers will ask students to investigate their origins, activities and impact, not just use them as an occasion to spout propaganda.

By the way, when referring to teachers’ disposition, a research project I was involved with a few years back, clearly showed two things. First, the majority of a representative sample of secondary history teachers in Victoria lean slightly to the Left. No surprise there. Second, this leftish majority were disposed to give more time and more attention to the significance of conservative politicians than the right-leaning teachers would give to leftist politicians. That was a surprise.

So much for Marxists in the classroom.

There is a long-standing pattern in Abbott’s rantings: do something outrageous, accuse the nasty ALP of doing it, sit back and watch the uncritical media gobble it up.

He’s done it again. A promise to politicise the curriculum; a swipe at the nasty ALP for packing history lessons with Marxist rhetoric, front page of the Oz.

Wasn’t the Howard cause celebre the black armband view of history? Mr Tabbott has reached into the LNP pot of favourite issues to thrash to death and bought this one out for another airing to satisfy the uneducated, but will report anything LNP in some newspapers.
I’m waiting for the Work Choices rabbit to be pulled out…it’s in the pot somewhere, possibly hiding till after the election…GHUA!

Here it comes, the confidence is starting to bleed out and with it the spots on this right wing leopard which will be glaringly obvious during his time as PM. Big business and corporations must be rubbing their hand with glee with more ferocity with every passing minute.

This is all too much like Japan and “WWII”?

You ask what curriculum documents he’s been reading – you seem to forget his dislike for “reading (boring things, like reports)”, and his reliance on others to read them and tell him what such things mean, to them – that way he can blame someone else when things go wrong too – another fire-wall?

[Where’s his mate (the electoragenic) Noel Pearson on this?]

His putative foreign minister has a new Colombo Plan in her drawer, her leader is already seeing reds under the desks. In fact we need to know a lot more about the region we live in, including the world’s longest civilisation, China – and those influenced by this civilisation. Doesn’t matter whether we like the current manifestation, we need to know.
Mr Abbott’s classroom culture wars are self-defeating in the long term. But the Anglo heritage brigade don’t seem to think into the future, they are too busy reinventing the past.