Unsung policy issue: what will they do on housing affordability?

Here's an unfashionable issue you're hearing nothing about: housing affordability. But if you're a young person struggling to rent (or buy), it's a big one. Freelance journalist Farz Edraki brings you a policy summary. 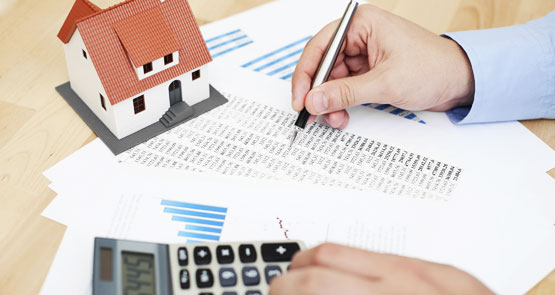 Asylum seekers, the cost of budget promises, same-sex marriage … with four days until the election, it seems like the same issues keep cropping up again and again while plenty of others go ignored.

Housing affordability has received scant attention — despite a recent Australia Institute poll finding that rent and housing was a top priority for young voters (second only to jobs). Sky-high house prices and tight, expensive rental markets are a particular problem for younger people — and if they’re trying to save money for a house deposit, rock bottom interest rates are a major obstacle.

Crikey decided to bring you a policy summary. A quick survey of Labor‘s and the Liberal‘s key election policies doesn’t yield much; housing isn’t listed as a major priority for either. The Greens have emphasised it more.

Renting-related issues are central to housing affordability, with one in three Australians renting properties (although it’s the home owners who seem to get the media attention on issues like interest rates).

Labor’s National Rental Affordability Scheme offers financial incentives to build and rent houses in low-moderate income Australians. A Labor spokesperson told Crikey 10,000 new homes would be built by 2016 under the NRAS.  It’s estimated there would be 50,000 new homes in total under the scheme by 2016 ($4.5 billion has been spent on the NRAS so far).

The Coalition has expressed cautious support for NRAS, while the Greens would like to fund a further 70,000 homes. The Greens have also promised 15,000 new homes through a “Convert to Rent” scheme, where empty properties would be renovated into low-cost rental properties.

All major parties agree that the Commonwealth Rent Assistance package, which supports renters through Centrelink payments, should continue. Over 157,000 people receiving rent assistance payments use half of their income on rent. The Greens want rent assistance assessed against the median rental increase, not CPI.

The Greens would introduce national tenancy standards to address inconsistencies in the existing state-by-state approach. And they’re proposing a $103 million national body to “set, introduce and oversee a new national standard that covers all rental tenancies” re issues like security of tenure, rent price stability, water and energy efficiency and protection for vulnerable groups. Landlords would be offered $500 per property to meet the new standards.

On homelessness, only the Greens and Labor have directly tackled the issue. Labor has allocated $159 million for interim measures, while the Greens pledged to end homelessness by 2020, which would cost around $900 million — $1 billion a year.

“build and rent houses in low-moderate income Australians”, interesting.. is it a suppositories for the dole scheme?

It’s not surprising. Both major parties have been committed to keeping the housing bubble intact whilst doing sweet fa to bring down the real culprit, the high cost of land. The main stream media meanwhile have been complicit by failing to ask the hard questions. Policies at all levels of Government have restricted and chocked the supply of affordable blocks/sections, while prime pumping demand with disgraceful tax breaks in favour of investors (both domestic and foreign) and at the same time extracting more and more tax out of the pockets of new home buyers. It’s a disgrace.
Two minor parties however really do seem to get it (at least on the supply side). Family First and Bob Katter. I urge all to go on their sites and read their policies on affordable housing. At least they have one.

I wish one of the parties would address negative gearing – at least to start winding it back.

Of course you wouldn’t consider Family First’s housing announcement would you you limp-wristed left-leaning latte-loafers (today’s rant brought to you by the letter L).

And guess what the smart people at Macro Business had to say about it? http://www.macrobusiness.com.au/2013/08/family-first-talks-housing-sense/

Agree with both posters above. Abolish negative gearing and patiently wait for the market to settle to more realistic average prices.

Neither major party dares to rock the boat, it’s safer to pursue populist policy. Abbott is brazen enough to cut the schoolkids’ bonus which mostly impacts on lower income voters – he’s not game to upset asset-rich voters who own property in which they don’t live.