An election has to have memorable merchandise. Crikey has sourced the best items on the market, so political tragics can stock up ahead of September 7.

What would a federal election be without the merchandise? Crikey dug around for the best poll-related material available, and for less than $50, a fashion-conscious election tragic can be kitted out in a Bob Menzies T-shirt and a WikiLeaks “courage is contagious” beanie, listening to a CD of Rise Up Australia’s theme song on a Discman (only $5). The cardboard cut-out of Kevin Rudd’s head (oversize — we think) is free. 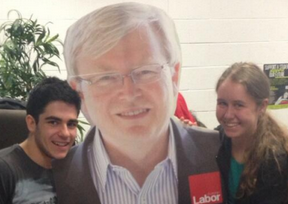 Here are the best election T-shirts: 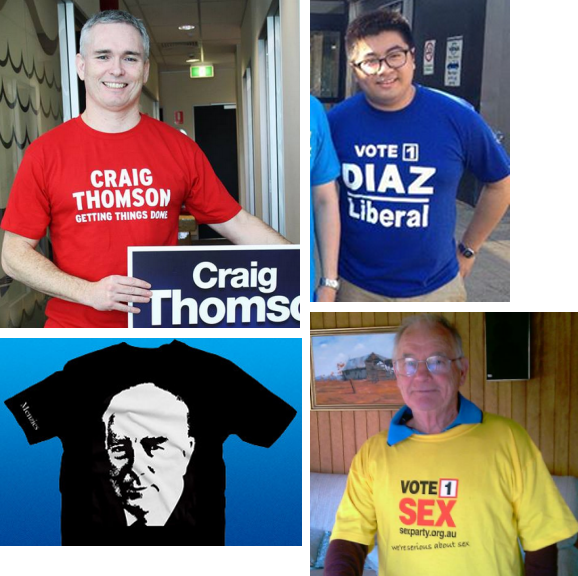 A word of warning — while anyone can purchase a “limited edition” Menzies T-shirt from the NSW Liberals for $15, the shirts from independent Craig Thomson (“GETTING THINGS DONE”) and Liberal candidate Jaymes Diaz (“We have a plan to stop the boats, and I’ve answered that”) are only available for campaign volunteers. True collectors’ items. Then there’s this T-shirt … is it being distributed by Anthony Albanese? 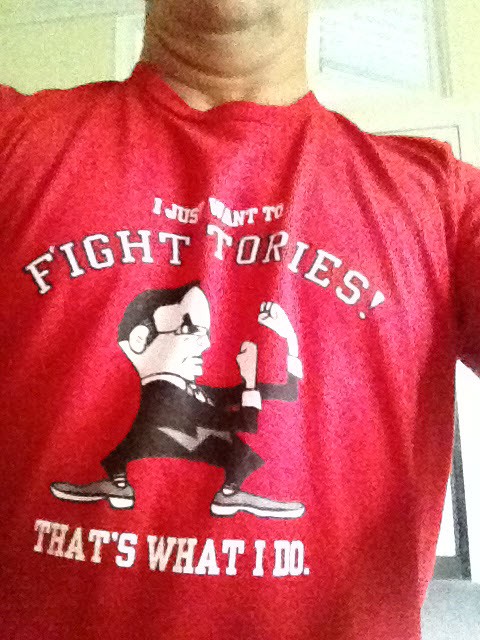 The election has thrown up some other interesting items … 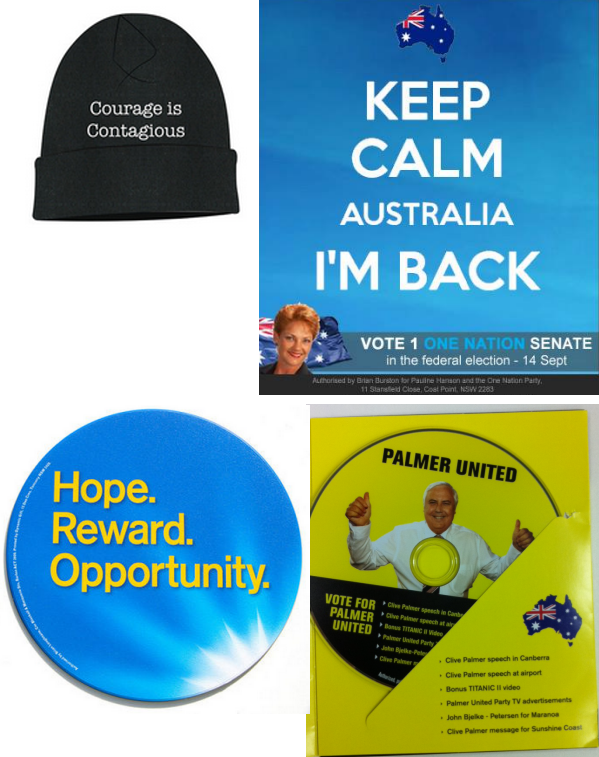 The WikiLeaks beanie (top left) has sadly sold out, though hoodies are still available. Pauline Hanson is riffing on an overused theme with this poster (top right), while the Liberals are returning to an old idea with these mousepads (bottom left). Back in 2007, the Howard government’s WorkChoices mousepads were free — they produced almost 100,000 of them as part of a $120 million propaganda-spree to promote the IR scheme. Sadly, these newfangled mouse pads will cost you $5. WorkChoices is dead and buried, after all.

One of the most bizarre election items is the free DVD from candidate Clive Palmer (bottom right), which was mailed to thousands of homes and includes a 17-minute promotional vid for the Titanic II he’s building. So is Palmer building the Titanic to aid his election chances — or running for Parliament to win publicity for his Titanic venture? He’s certainly got plenty of election media to build the Palmer brand.

There are a few missed opportunities in 2013. With larger-than-life National Ron Boswell not running for the Senate, his celebrated “not pretty, but pretty effective” posters are nowhere to be seen. We’re sad there’s been no repeat of these “Kevin07 on a stick”, made of white chocolate, caramel and milk chocolate (produced by MP Catherine King as a fundraiser — hundreds were sold). 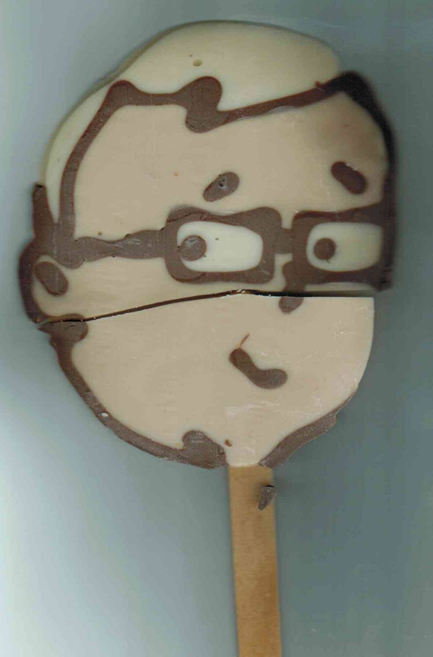 Bozzie may be standing down, but Peter Slipper is running — so why not produce some comfortable Peter Slippers? 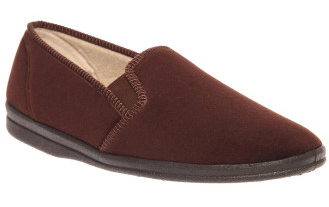 If Abbott does get elected, I foresee a huge market for “Don’t Blame Me, I didn’t Vote for Him” stickers.

“Don’t Blame Me, I voted for Clive”

I really wanted to see Clive’s DVD, but seeing that I live in a safe Labor seat and work in a safe Liberal seat, I don’t get much campaign materials in my mail at all.

“Don’t blame me, I voted for Kodos” would have been really relevant too.

Raaraa, Crikey has watched the Palmer DVD – a kind reader mailed it to us. It is odd. The Titanic II section of it is professionally done and enticing, but not aimed at getting Palmer elected – it’s about luring people to buy tickets on the Titanic II, I’d say.

This got me thinking about why he’s running in the federal election. Was it never really about winning seats (tho I note he’s polling better than expected in Queensland), was it more about ego, brand, and selling tickets to Titanic II?