There’s a long and proud tradition of dealing with trauma through art. It would seem to be therapeutic for the individual and society. For the individual, because it enables confrontation and exposition while supported by a feather-bed of sympathetic faces, as against the sheer terror and loneliness of one’s memories, which are generally experienced and relived alone. For society, because it heightens awareness of issues and situations worthy of our empathy and, sometimes, positive intervention and support. If this didn’t hold true, as but one example, Charlie Chaplin could never have made The Great Dictator, even while Hitler was perpetrating atrocities.

In the case of The Baulkham Hills African Ladies Troupe, the focus is on four deeply personal stories, as told by the very women to whom they attach. It’s developed in about the most organic possible way, starting with a notion of writer, facilitator and director Ros Horin’s, who seems to have been troubled by a realisation, that nagged insisted her moral compass was magnetised to head west and talk to African women about their experiences. These are women’s stories, so we’re talking about gender-specific violence. As Horin says, “it’s extraordinary how we can accept something terrible as normal, simply because its been happening for a long time”.

It may be politically incorrect to say it, but the fact appears to be that rape, sexual abuse, torture and domestic violence are endemic across the African continent, exacerbated by the prevalence and recurrence of war, which has permitted kidnapping, enforced impregnation and, probably, worse, if that’s possible. You’re right. Let’s not be smug. Crimes against women are by no means scant on our own continent. Which makes these women’s stories all the more important.

The courage required to push through one’s pain and lay aspects of one’s life bare before an audience of strangers can hardly be overestimated. For example, Yarrie Bangura, one of the co-devisors and performers, grew up in a camp in Guinea, one of several to which tens of thousands fled from civil wars in Sierra Leone and Liberia. Aminata Conteh-Biger was not eighteen when Charles Taylor’s rebels invaded her home in Freetown, Sierra Leone, took her hostage and held her for several months. You can well imagine the conditions of her captivity and the abuse to which she was subject. On release, she escaped to Guinea where she, too, ended up in a refugee camp. Yordanos (Yordy) Haile-Michael was, for a decade, one of the infamous Red Flag child soldiers of the Eritrean People’s Liberation front. Rosemary Kariuki-Fyfe endured domestic violence in her native Kenya. You’d never know it. She has the most infectious beam of a smile.

On a recent Four Corners program focussed on Mandela’s legacy, I was astonished to see the poorest of the poor, in a crumbling and corrupt nation, summoning the considerable energy, despite all their woes, to enthusiastically perform the gumboot dance. It features in The Baulkham Hills African Ladies Troupe too, serving a similar purpose: to transcend and transform negativity. These women’s stories are told in their own voices and those of others: actors, singers and dancers. The actors — Nancy Denis, Tariro Mavondo and Effie Krumah — help draw out the pathos and share the difficult burden of retelling tales of trauma. The husky, smoky-voiced Aminata Doumbia wanders through the space, singing songs. We’re privy to Yarrie and Tariro’s poems. Eden Dessalegn and Lisa Viola dance with a vitality that borders on electricity.

Moreover, Lucia Mastrantone’s movement direction has ensured the performance in entirety has an almost balletic grace. And the integration of design elements imparts a satisfying balance between esoterically, exotically African and homely Australian. For example, a textile map of Africa is rigged on something that resembles a Hills hoist. Nicholas Rayment (lighting), Steve Toulmin (sound), Daniel Potra (set), Emma Kingsbury (costume, which is especially attention-getting) and Mic Gruchy (video) have linked hands to make something that feels as authentic, heartfelt and handmade as the women’s stories.

This work has been, I believe, around three years in development and one can easily see where the time and energy went. It’s emotional density is profound. It’s a testament to the human spirit and, more particularly the strength and resilience of women, these women at least, who’ve managed to transcend themselves and painful pasts, reconstructing their own lives and enriching others. Through stories of personal hardship and horror, you’ll almost certainly emerge inspired and reanimated, all the more affected because of the proximity between performers and audience in Belvoir’s poky downstairs theatre space, which means you’re bound to lock eyes time and again. It isn’t flawlessly slick, but it doesn’t matter: it’s the kind of work that has so much heart, honesty and tangibility it goes beyond considerations of mere theatre.

There is, of course, a sobering sidelight, too. These are the very types of people we might now turn back on the open ocean, or relegate to a miserable life of detention offshore. These are the experiences we’d miss. I, for one, judge that to be a tragedy. 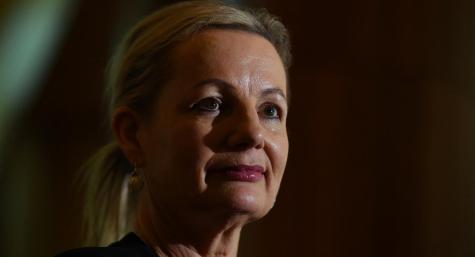