Regional newspapers were doing better than their city cousins -- until recently. Now APN and Fairfax, heavily reliant on bush media profits, are struggling as revenues fall. 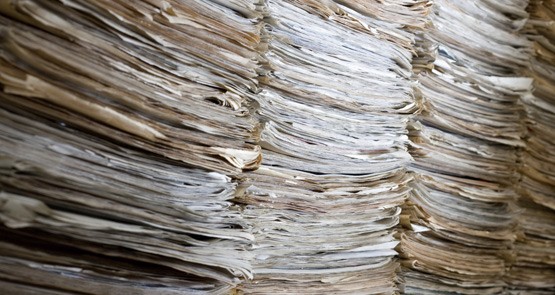 Cimarron was a 1921 Western novel — later adapted for the big screen — chronicling the adventures of the Cravat family, owners of fictional newspaper the Oklahama Wigwam. It was also the name of a confidential review commissioned by the Fairfax board last year into future of their regional newspaper assets.

The review, conducted by US consulting firm McKinsey and Company, was an extensive and expensive six-month project which involved flying Fairfax executives to the US and to India. The consultants didn’t excoriate the company’s performance — in fact McKinsey praised Fairfax’s regional division as one of the most successful in the world. But it warned that the digital threat to regional revenues — a blip on the horizon only years ago — was now hurtling down the tracks. Regional papers would have to find new revenue models to thrive in the future, including paywalls in appropriate markets.

Fairfax Regional’s revenues and earnings were both up only two years ago, bucking the trend at The Age and The Sydney Morning Herald. The reasons were obvious: the internet has had slower uptake in regional areas, extending the lifespan of print. And regional papers tend to operate in monopoly markets, meaning fewer competitors for advertising and circulation.

It’s a different story now. Fairfax’s financial results, released last week, show regional revenues down by 7.5% and earnings down 16.7%. It’s a worrying result given regional is the biggest contributor to Fairfax earnings at over 35%. Fairfax owns over 200 regional papers, most acquired when the company merged with country media giant Rural Press in 2007. According to Citi analyst Justin Diddams, the latest results debunk the “myth” that regional papers are in a better structural position than their metropolitan and national counterparts.

And its not just at Fairfax. Revenues for APN’s Australian Regional Media publishing unit — which dominates regional Queensland and northern NSW —  slumped by 14% and earnings by 40% over the past half year. Which makes it all the more surprising that, as Crikey revealed earlier this week, the Fairfax board came so close to making a play to buy APN’s regional assets last year.

News Corp Australia’s results are less transparent, but advertising data and circulation results suggest they are not immune. Circulation for News Corp’s Cairns Post fell by 12.5% in the most recent survey; The Gold Coast Bulletin dropped by 14.7%.

Standard Media Index results show media agency spending in regional newspapers fell by 17.7% over the past year — barely any better than the metros (down 21.3%) or nationals (19.3%). Only a trickle of that is coming back through online advertising.

Fairfax and APN focus on cyclical factors when explaining the downturn in advertising revenues. Fairfax’s Newcastle Herald and Illawarra Mercury have been hit by the slowdown in mining investment and the struggling steel industry. APN CEO Michael Miller told Crikey ad revenue at his papers have suffered because of the mining slowdown, sluggish tourism economy and impact of the January Queensland floods.

Ad revenues in regional Victoria and real estate-dominated centres (such as the Gold Coast) are holding up better, Miller says. But he acknowledged APN has ridden on the back of the mining boom for too long: “APN needs to differentiate our current offering to not be so mining reliant.”

Former APN Online general manager Hugh Martin says it’s “too convenient” for the company to blame cyclical factors. He believes APN has been hamstrung by an ageing board that has been slow to grasp the threat — and opportunity — of the internet. “The default position at APN has just been: let’s get the paper out,” he said. “There is a huge attachment to print and they haven’t really tried to drive digital growth.”

APN is not alone in this regard. The question of how to balance the demands of print and online in regional areas is diabolically difficult. Move too slowly and new digital competitors will dominate the online space; move too fast and you risk cannabilising your print revenues.

Former Fairfax CEO and Rural Press boss Brian McCarthy backs many aspects of current CEO Greg Hywood’s strategy, but not his approach to regional. McCarthy argues there has been too much cost cutting, too much centralisation and a lack of faith in print.

“Print has a longer future in regional areas because it is unique content. I don’t understand some of the decisions they have taken.”

“From the outside, my view is that the business model they are pursuing is not the most appropriate for regional media,” McCarthy told Crikey. “News [Corp Australia] are trying to pursue print for as long as possible and Fairfax seem to be walking away as fast as possible. I think that’s infected the regional part of the group and that’s a shame. Print has a longer future in regional areas because it is unique content … I don’t endorse some of the changes they’ve taken.”

Although he was regarded as a ruthless cost-cutter at Fairfax, McCarthy says Hywood’s razor gang has gone too far. “There were definitely costs that needed to be taken out of the metros, but I believe the regionals were run efficiently,” he said. “The training department has been decimated – editorial, sales, management training. I think it’s very sad.”

Fairfax has also centralised its national advertising sales teams in Sydney, a move opposed by managers in the regional division. “If publishers are going to centralise decision-making and downsize their presence at the coalface that is a decision I have a problem with and that’s the direction they seem to be taking,” McCarthy said.

Allen Williams, managing director of Australian Publishing Media at Fairfax, told Crikey: “The role of local sales in our Australian Community Media publishing unit remains paramount … Our regional sales teams work efficiently and collaboratively with their national colleagues in metropolitan markets to the produce the best outcomes for our advertising clients.” He adds the company has maintained strong funding for regional training, but has rejigged its focus.

Williams — like APN’s Miller — is optimistic new Emma readership metrics will revive advertisers’ interest in print, including in regional areas. The Emma figures show a much higher level of engagement for newspapers than website or mobiles.

Under a restructure announced in April, the head of Fairfax’s regional division (now called Australian Community Media) lost their direct report to the CEO. And ex-Rural Press heavies McCarthy, Brian Cassell and Allan Browne have all departed in recent years. That disturbs some observers, given regional papers are increasingly important to Fairfax’s bottom line.

“Other than Allan Williams, there are no other senior Rural Press employees left,” one insider said. “If you have people who have only worked at The Sydney Morning Herald making decisions about a paper out the back of whoop whoop it’s not going to work.”

Local knowledge will certainly be crucial when it comes to assessing, town by town, whether to erect online paywalls. It’s a question being considered at Fairfax and at APN, though they are in no rush to put up the barricades.

Hugh Martin is not convinced. “I really don’t think it’ll work — it’s hard enough for metro sites to be successful with a paywall,” he said. “Even in one-newspaper towns there is still the ABC and there is the potential for energetic individuals to start up sites addressing local issues. I’m sceptical and suspicious of editors who who want to put up paywalls — it’s often about propping up print rather than embracing online.”

But according to Warrnambool Standard editor Steve Kelly, he would be “absolutely delighted” if Fairfax allowed him to charge for website access. Kelly believes readers will be willing to pay because his paper offers hyper-local content they can’t get anywhere else. Kelly believes there’ll still be a print Standard in six years; in a decade he wouldn’t bet on it.

One of the most interesting regional operations in Australia is the McPherson Media Group, a family-owned business that has published The Shepparton News for over a century. As well as printing over a dozen papers, the McPhersons offer bundled telco and internet packages and marketing advice to clients.

Managing director Chris McPherson doesn’t buy the gloomy prognostications about print. Despite declining revenues, he notes Fairfax Regional still has an enviable profit margin of 26%. “Most business would be very glad to get the returns offered by regional papers,” he said.

There’s no paywall for the McPherson stable yet — not that Chris McPherson sounds enamored about giving away his content for free. He notes, with no joy, that his website’s Facebook following now outnumbers its print circulation.

“As we try to find our way in the digital age, you have to ask if we’ve become our own worst enemies,” he said.