The legacy of Bill Peach, a gentleman broadcaster 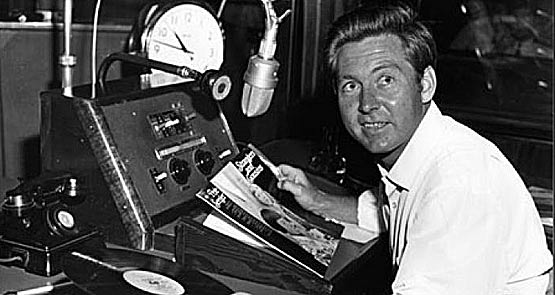 It’s revealing of how much the ABC has changed that its short television obituary for Bill Peach last night ran at the end of the 7pm news bulletin, not on 7.30, the contemporary version of This Day Tonight, the original current affairs show Bill hosted for eight years from its inception in 1967.

Back then, the ABC News department and the start-up nightly current affairs unit were deadly enemies. There would have been fisticuffs in the Gore Hill canteen had ABC News even suggested it might stray into TDT territory. Now, news and current affairs operate within one mega-division, an unfortunate amalgamation that’s responsible for so much of the bland sameness about the ABC’s factual output.

But that’s not today’s topic. The uniformly warm tributes for Bill Peach that have flowed since his death from lung cancer yesterday at 78 have all touched on the essentials of his character — an endearing, down-to-earth, genuinely friendly personality backed by a deep knowledge of world affairs and Australian history.

On and off I worked alongside Bill from the planning days of TDT in late 1966 until he quit the show eight years later. For the last two of those years, 1973-74, I was his producer in Sydney. No anchor was easier to work with, or as much fun. The public loved him because he was one of those very rare presenters whose warmth and goodwill shone through the camera and into their lounge rooms. His long training in radio made Peach a traditional broadcaster more than a journalist — someone who knew how to communicate through subtle engagement rather than by hectoring.

Bill turned out to be an inspired choice as the anchor for Australia’s first nightly national current affairs program. Within a few months, TDT established itself as provocative, daring, inventive, funny — and well-nigh ungovernable by the senior ABC management who’d risked the show’s invention. Public broadcasting was still emerging from the stifling conservatism of the 1950s. Robert Menzies had just retired; the ABC came under the Postmaster General’s Department. Meanwhile, conscripts were dying almost every day in Vietnam and the streets of Paris throbbed with the din of revolution. While the young This Day Tonight team covered all this with unrestrained relish, the program itself came under immediate assault from politicians and public figures accusing it of being a leftist cabal.

Up to then, such allegations would have prompted a defensive response from the ABC. Staff would be disciplined or removed, the program ditched. But who could ever seriously believe Bill Peach was a dangerous subversive? That charming country boy with his twinkling eyes and atrocious taste in ties? The soft-spoken presenter with his easy Australian speech patterns and gentle sense of humour? Surely not.

That was Bill’s great contribution. Every weeknight for eight hard years, by sheer force of good character and clever writing, he kept the enemies of accountability at bay. By the time he left the program the tradition of strong, independent current affairs journalism was secure.

Not a bad legacy.

Lovely words about a lovely man. Thanks D.S.

The pity is they’ve stopped making journalists of his ilk some time ago.

We’ll not see his like again, more’s the pity. And SHAME!