While the flow of leaks about the National Security Agency continues, we can stand back and draw some important conclusions. 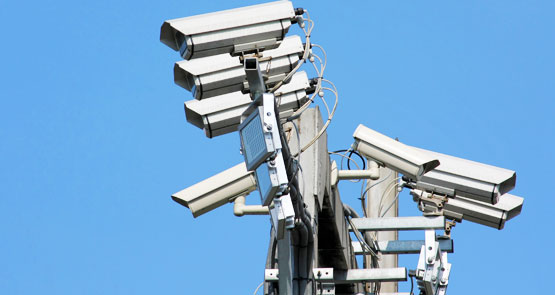 The sheer volume of revelations from whistleblower Edward Snowden (or from the UK government pretending to be Edward Snowden?) about the vast surveillance state established by the US government has made it hard to keep track of what we now know the US National Security Agency has been doing. However, there are a number of conclusions we’re able to draw from both the revelations themselves and the response to them by governments.

In the end, at considerable personal cost, Snowden has achieved exactly what he wanted to achieve — to initiate a debate by exposing the US government’s vast, secret surveillance of Americans and the rest of the world. Most importantly, Snowden has revealed a vast catalogue of crimes by the NSA and the US government that would never have come to light except for his bravery. In this context, special mention should be made of the disgraceful attack by Attorney-General Mark Dreyfus on both Snowden and Chelsea Manning recently, when, channelling the “wanton publication” mentality, he claimed neither should be deemed a whistleblower. This is Dreyfus at a conference a fortnight ago:

“Where an activity has been authorised under law and overseen by appropriate government bodies, and where no wrongdoing has been identified, the disclosure of information is not ‘whistleblowing’. This is a critical point that is often overlooked in much of the media coverage of the release of classified information by Mr Snowden in particular.”

Perhaps “wrongdoing” doesn’t mean what Dreyfus thinks it means. Several thousand breaches of US law, a finding by even a rubber-stamp court of unconstitutionality, a cover-up of breaches, perjury — if that’s not wrongdoing for Dreyfus, then he is manifestly unfit for the office of Attorney-General.

What I can’t understand is why the MSM hasn’t run with any of the above (besides a few of the smears as mentioned). Given that this/these are some of the biggest stories in living memory, why are only the indies pursuing them? Is it the fault of MSMs readers/viewers who appear to be apathetic, or are they apathetic because they are unaware?

Thanks for sticking with this Bernard. A great summary that I will need to bring to the attention of others.

A chilling summary of one of the most significant issues of our time. Thanks for doing your job. Wish your colleagues in other media outlets would do the same.

It is cause for concern that Dreyfus is Minister for “Emergency Management” and Special Minister of State, whatever that is, but in this lay some very futuristic frightening connotations.

Based on the evidence his definition of right and wrong completely alludes me. But then again that would depend on which “interest groups” at the core he represents and that’s not too hard to figure out.

It’s profoundly worrying, that while Dreyfus has been such a lame failure as AG, the the prospect of Brandis filling the same role is even worse.

Although I always felt a bit lukewarm towards Nicola Roxon during her time in the job, in hindsight, she’s looking pretty good.

An excellent summary of a state out of control.

It’s ironic that the first Dreyfus I can recall was the cause of the formation of the Zionist movement due to his (Captain Dreyfus) treatment at the hands of a rampantly anti Semitic French Officer corps in the late 19th century. That one suffered enormously at the hands of the establishment, this one is the establishment and appears just as ready to persecute as his namesake was persecuted.