GDP figures next week will make an impression on voters, as would any surprise from the Reserve Bank. But which way are the data most likely to sway? Stephen Koukoulas of Business Spectator writes. 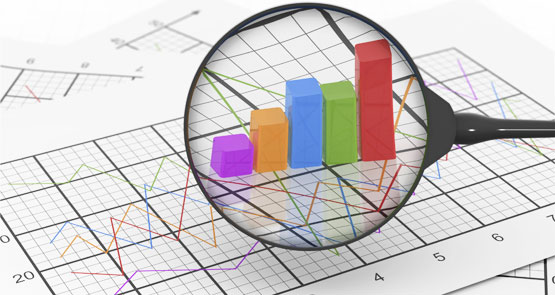 Next week, the final week of the 2013 election campaign, will bring two potentially huge economic events. On Tuesday, the Reserve Bank of Australia will announce its decision on interest rates and on Wednesday, just three days before the election, the Australian Bureau of Statistics will release the GDP data for the June quarter.

A shock result for either event might sway a few wavering voters one way or the other.

That said, it looks likely that the Reserve Bank announcement will be a non-event, with interest rates set to be left unchanged. This is because there are signs that the interest rate sensitive parts of the economy are starting to stir and it was only a few weeks ago that the Reserve delivered the rate cut that all but guarantees a return to above trend GDP growth in 2014.

If there is a shock, it would be in the form of an interest rate cut which the markets are currently pricing at about a 6% chance. There is zero chance of a hike.  Reserve Bank governor Glenn Stevens will as usual issue a press release which will add some context to the decision of the board. Expect it to be very short. In the event, given the general flow of news since the last rate cut has been neutral to slightly stronger, that statement is unlikely to figure much in the election campaign.

What is less certain and therefore could be a lot more interesting for the politicians will be the GDP data and national accounts the day after the Reserve Bank’s meeting.

Based on information available at the moment, it looks like GDP will rise by just 0.4% in the June quarter after rising by 0.6% in each of the prior two quarters. Quarterly growth at 0.4% for the June quarter will deliver annual GDP at a subdued 2.3% pace which means the economy will be travelling at a growth pace about 0.75% below the long run trend.

The soft growth in the June quarter will likely reflect a fall in mining investment, flat public sector demand and only moderate growth in household consumption. There is likely to be a solid rise in exports and dwelling investment should be a touch stronger, which all adds up to the current forecast for growth of 0.4%.

Most sensible people, including those at the Reserve Bank and Treasury, have factored in this sort of GDP growth performance for some time. Being a little below trend, the Reserve has cut interest rates to fresh lows as it works to encourage borrowing, discourage savings and boost the cash flow for mortgage holders and small business. This will, in time, work to support GDP growth so that it returns to a 3% pace in the not too distant future.

Treasury has also obviously been aware of this below trend growth rate, with its preparation of estimates that tax revenue is undershooting expectations, which has seen it revise the level of the budget deficit higher for the next couple of years.

Politically, the GDP news could hurt the government, particularly if there is any downside surprise in the result. Even though the weaker growth would be delivered due to events outside the government’s control, such as the prior weakness in the global economy, the overvalued exchange and the pig-headedness in the Reserve Bank when it came to cutting interest rates, it won’t stop the opposition from using the below trend growth rate to reinforce the perception that there is something structurally wrong with the economy.

The government will, obviously, be hoping for some upside surprise — perhaps from inventories, net exports or household consumption of services. If there is a shock and GDP growth comes in at any rate above 0.6%, annual GDP growth will accelerate to a pace above 2.5%.

Much more important than the short-term political consequences from the result, the national accounts will confirm that Australia will have completed 22 years without a recession, something no other modern industrialised economy has achieved. It is a great result.

With easy policy currently in place, it is likely that regardless of which side wins the election, Australia will be on track to extend that record to 23, 24 and hopefully 25 years and more.