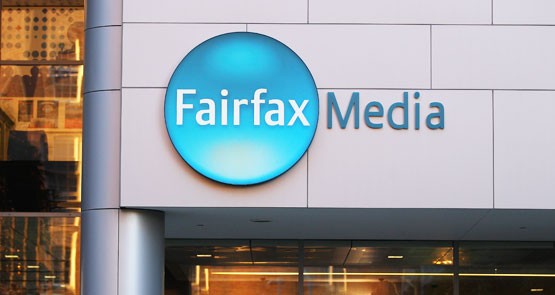 The board of Fairfax Media seriously considered buying APN’s stable of regional newspaper assets last year — an acquisition that would have extended the company’s audience by 1.1 million and cemented its dominance of the regional newspaper market.

APN dominates the market in regional Queensland and northern New South Wales, with over 65 newspapers and 30 websites, including The Toowoomba Chronicle and The Coffs Coast Advocate.

The push to buy APN’s Australian newspaper assets was led within Fairfax by the company’s then regional CEO Allan Browne and discussed at board meetings throughout last year. A proposal for Fairfax to negotiate with APN about buying its Australian Regional Media division was put to the board last September and came down to a nail-biting vote. “It came very close,” one Fairfax insider said. “They [APN] were willing, and we were the only buyers.”

Some directors were confident about Fairfax’s ability to turn the struggling division around and thought they could secure it at a good price from debt-laden APN. Others worried buying legacy print assets clashed with the digital-first strategy pursued by Fairfax CEO Greg Hywood.

Because the proposal was backed by several directors — but did not achieve a majority — the Fairfax board commissioned a review on the future of regional newspapers in the digital age. The assumption among those supporting the APN purchase was that the deal would go ahead if the review gave a positive verdict.

The review was conducted by US consulting firm McKinsey and Company and codenamed Project Cimarron, after a Western novel (and later film) chronicling the adventures of the owners of an Oklahoma newspaper. Cimarron was an extensive project, which involved flying Fairfax executives on fact-finding missions to the US and India. McKinsey handed a final report to Fairfax in March this year; by then the idea of buying APN’s local newspaper assets had become a “cold fish” among Fairfax’s key decision makers, according to a Fairfax insider.

Hywood was now focused on a major restructure that would merge the company’s five print divisions — including regional media — into one unit named Australian Publishing Media. The restructure saw Regional Media boss Browne leave the company. Browne could not be reached for comment.

Fairfax has since launched a product review examining the viability of its 400-plus publications, aimed at cutting more costs. The review could result in some of Fairfax’s publications being shut down or scaled back. “The product review is what the whole organisation is obsessed about at the moment,” a Fairfax source said.

A Fairfax spokesperson declined to comment on discussions about buying APN’s regional media assets. “They looked at it, and it didn’t stack up,” another source close to the discussions told Crikey.

McKinsey’s Cimarron report influenced Fairfax’s decision to expand marketing services to small and medium enterprises in regional areas — a key plank in its bid to expand revenue beyond advertising and circulation.

Fairfax’s full-year financial results released last week showed a disappointing performance for the regional division (home of the former Rural Press empire). Revenues were down 7.5% and earnings down 16.7%. The company has explained the result by focusing on the downturn in mining-related investment in the company’s key Newcastle and Illawarra markets.

It is way past time when the so=called strategy is debunked. All Hywood is saying, over and again, is that Fairfax has a lot of “readers” in the digital era. Which is traffic. Not money. He is selling the bits that were supposed to make money from traffic (tradeMe, and lately both RSVP and StayZ have been shopped.) He is speeding the decline in the quality of his big brands through mindless decisions that has seen an exodus of talent, a loss of control of quality through outsourcing and some bad choices in product leadership. He has Corbett’s expensive mates telling him to cut more costs, which seems to have become his performance metric (?)
It’s not a strategy for anything worthwhile and with the awful loss of quality it’s a recipe for an early death.