The case for why Australians should pay even more tax 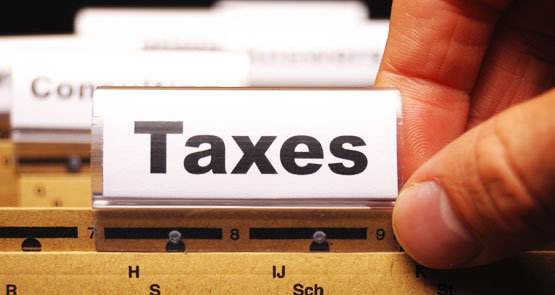 It’s time to reconnect the tax debate with our fundamental assumptions about what Australia’s future should look like. The Henry Tax Review got it right when it asked for submissions to link recommendations for our tax system to “the community’s aspirations for the type of society that Australia should become over the next two decades and beyond”.

How we tax and what we do with the taxes we collect is a statement of what we value as a society. We could use our tax system and government spending to deliver the improved services and reduced inequality that Australians say we want, without hurting our economy. The fact that we are not currently doing this is a matter of choice, not necessity.

Tax allows us to collectively pool our resources to solve shared problems and to build the common infrastructure we need to fulfill our individual needs. It’s the price we pay for knowing that medical bills won’t send us bankrupt, that any child can get a decent education regardless of his or her parents’ incomes, and that losing our jobs won’t put us on the streets. An adequate tax base alone doesn’t guarantee these things — effective government is also required. But the failure to raise enough tax revenue does guarantee inadequate services over the long term.

Australian taxpayers are currently paying bargain basement prices for the services our governments deliver. We have the fifth lowest taxes in the developed world. Yet we have one of the best health systems in the world and we have a better-educated population than many other rich countries. Our overall living standards are remarkably high: Australia ranks behind only Norway in the UN Human Development Index and tops the OECD’s Better Life Index.

However, like many bargains, Australia’s low taxes have hidden costs. We are starving important public services of the funds they need to do the job properly, and we are setting ourselves up for permanent structural deficits. We are also leaving ourselves with little room to respond to challenges like our ageing population, a hotter and more unstable climate, and the need to build a diverse and robust economy that can thrive in the face of global competition.

Some of our low spending on public services is the result of careful design. Universal health insurance through Medicare is a smart way to get great health outcomes at a low cost. Our welfare system is the most targeted in the rich world, which means it does more to reduce inequality per dollar of government spending than in any other developed country. However, in some cases we’re just being downright miserly:

Then there’s the structural deficit problem. In April the Grattan Institute made headlines by arguing that deficits of around 4% of GDP could be hard to shake if current trends continue.
Most businesspeople are familiar with the “good, fast and cheap” triangle. Sometimes called the “reality triangle”, the idea is that a product or service can have any two of these desirable qualities, but you should be wary of anyone who promises all three. Modern governments face their own version of the reality triangle, which is that they can have low taxes and balanced budgets, or balanced budgets and high-quality public services, but they can’t have all three. In other words, low taxes are fiscally unsustainable in a high-service country. A trade-off is required.
No government can escape this choice for long.

The instinct to promise the full trifecta without thinking through the consequences helps explain about-turns by both major parties this year.

The International Monetary Fund fingered the final years of the Howard government for “profligate” tax cuts. But Labor is far from blameless; then-opposition leader Kevin Rudd matched then-PM John Howard’s promised income tax cuts in the lead-up to the 2007 election purely to neutralise them as a political issue. George Megalogenis quotes a senior Labor figure at the time saying, “We’ll have to f-cking wear it”. The Australia Institute estimates that the income tax cuts implemented between 2005-06 and 2009-10 cost the 2011-12 budget around $38 billion. Labor would have had a lot less red on its ledger this year if it had resisted the temptation to make such an ill-considered promise back in 2007.

Landmark policies like the National Disability Insurance Scheme (now DisabilityCare) and Gonski are also made precarious by Labor’s reluctance to implement revenue-positive tax reform; it has tended to push spending far out into the forward estimates, and it keeps shifting large parts of the responsibility to cash-strapped states. The 0.5% increase to the Medicare levy will help fund DisabilityCare, but falls well short of the expected cost of the scheme.

The Coalition began 2013 promising both budget surpluses and tax cuts, while suggesting that public services would not be greatly affected. The carbon tax would go but the associated income tax cuts would continue. The mining tax would also go, but a business tax cut was still on the way. A party that won government on the back of such a platform would face a choice between breaking promises on surpluses or spending, increasing other taxes, or adopting the kind of unpopular cutbacks pursued in Queensland. There’s always privatisation, of course, but so much was sold off the last time the Coalition was in government that there’s not much left to hock. It’s not surprising that by April the Coalition had already backed away from the commitment to “deliver a surplus in our first year and every year after that”.

Until they face up to the reality triangle, the promises of both major parties will either lack substance or set them up for embarrassing reversals.

Finally! This is the best and most accurate piece of writing I’ve seen in the election campaign so far. My problem with the Liberals is that they would know well this “reality triangle” theory. And yet despite knowing that it is either unsustainable or that they will have to reneg, they still chose to announce further tax cuts and greater spending (now up to 62 billion according to Crikey’s calculator). This is treating the electorate with contempt.

It would have been far more honorable for them to promise; no tax cuts, no further spending, and simply cut waste. They would have still been elected without purposely being misleading. I guess grabbing power isn’t about honour.

Only the truly gullible would have faith in an election promise (by either party) to reduce tax.

Gillard raised the tax threshold…and the lowest tax rate along with it.

The Liberals know full well what they are doing. They have moved “budget surplus” front and centre. In the first Hockey budget be prepared for massive public service cuts in order to support the idea of a surplus. I’m sure Gina will be offered the ABC, also in the interest of “getting the budget on track”.

I always wonder why people look at me weird when I say we should raise taxes. taxes equal services its as simple as that and our services are not doing that well.

The analysis in this article is poor at best! In terms of education, the following story adds some perspective—the OECD stats for Australian education are slipping fast!
http://www.abc.net.au/lateline/content/2012/s3441913.htm

In terms of increasing tax and the quality of our health system—perhaps you should read the data in relation to the wastage of money by our tax department before saying that taxes should increase! And the health system! Negligence is on the increase as our attitudes and treatmrent of doctors get worse!