Housing was the "the barbecue stopper across Australia", Kevin Rudd said. But in this election campaign the issue is dead. There are still many challenges, writes Joel Pringle from Australians for Affordable Housing.

In the lead-up to the 2007 election, Kevin Rudd referred to housing affordability as “the barbecue stopper across Australia”. Following victory in that election, the new Labor government followed through with new investment and policy innovation.

Sadly, this commitment was not to last. With first home buyers largely dropping out of the market and rents increasing by 23% over the last few years, backyard chefs across the nation have been left wondering why the issue has thus far been avoided by the major party leaders in this election campaign.

Negative gearing, where investors can claim loss-making property investments against other taxable income has long been a controversial feature of Australia’s tax system. However, often passed negative gearing stimulus through the 1999 introduction of the 50% capital gains tax discount that served to make loss-making property the investment du jour. 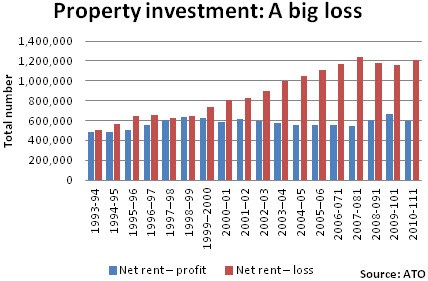 The new tax regime elevates investment for capital gains over rental income, which to that point had been more-or-less equal (or tax neutral). This led to an increase in property speculation that not only ran up the price of housing throughout the following decade, but also put first home buyers at a further disadvantage compared with investors and is now flowing into steep rent increases. 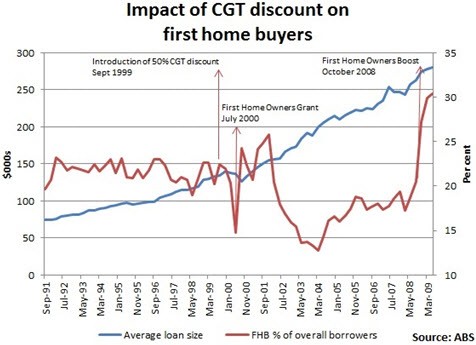 Negative gearing not only hurts housing affordability but is also incredibly expensive and fails to achieve the aim of helping renters by stimulating new construction. The best estimates are that negative gearing costs the budget around $5 billion a year, with over 90% of this funnelled into existing stock, thereby inflating prices and subsequently rents.

In recent years we have been reminded that house prices cannot increase ad infinitum. Whilst prices are currently taking a breather, rents are increasing to cover the high cost of financing new property investments. Australian rents have increased by an average of 23% over the last five years and whilst it seems counter-intuitive, this is directly related to the slowing of capital growth.

Without the benefit of capital gains, investors rely more heavily on rental income to cover the costs of their investment. The massive capital gains of the 2000s kept rents subdued for a while, but were ultimately unsustainable. Now that capital growth has slowed, rents need to catch up to cover the high cost of housing purchases.

These factors have contributed to a “new normal” for house prices and rents, at a level where many households are finding themselves in rental stress for the first time, regardless of rising incomes. If house prices remain high then there will be a permanent shortage of rental properties available at low rents.

If we accept that housing should remain affordable to people on low incomes, then more direct intervention from the government is required. But we have failed in the various strategies here too.

Since the 1970s, governments have prioritised the provision of private market subsidies over direct involvement in the construction of new homes. By the early 1990s, housing demand subsidies had become the largest component of housing assistance provided by governments.

This has resulted in under-investment in social housing. Waiting lists have grown to the point that some eligible applicants are now being told that they will be on waiting lists for decades, if they have the good fortune to be housed at all.

At the same time, Commonwealth rent assistance — the income supplement intended to replace growth in social housing — has been allowed to diminish over time because it is indexed to the consumer price index, while rents have trended well above CPI for a number of years.

Some hope lies in a recent innovation called the National Rental Affordability Scheme. NRAS subsidises private investors in building new housing, which is then leased at 80% of the market rent for a period of 10 years.

NRAS fulfils the promises that negative gearing has failed to live up to. Like negative gearing, it is a subsidy for private investors. But it encourages the building of new stock, delivers properties at below-market rents without compromising on property standards and is targeted to renters on low incomes.

A product of the Labor Party, the unwillingness to fund this as an ongoing program rightly calls into question the current government’s ongoing commitment to housing affordability.

There is no single solution to the housing crisis, there are a number of policy levers that, if properly designed, can be complementary. The current problem is that we are failing on all fronts.

With an election just weeks away, the real challenge is a polity that pays lip service to the problem but fails to offer substantive solutions. The Labor Party respond by touting past programs and failing to commit to a future for current ones, the Coalition leader has tried to shift responsibility to the states. The only minor party to offer any response of substance has been the Greens, who seem to their credit to have adopted many of the recommendations made by the community sector peak bodies.

This situation is not sustainable, and sooner or later the housing crisis will have to be addressed. The longer we wait until that happens, the greater the current crisis will become, and the more our political leaders will be squeezed by community distress and deeply entrenched barriers to reform.

The housing crisis is being translated into a backlash against immigration and lack of infrastructure but neither of the major parties have the guts to tackle the ‘Mum and Dad’ investors negative gearing at the cost of their children. It’s just too hard methinks.

Voters regularly ask either Rudd or Abbott about the affordability housing – the replies are predictable and mealy-mouthed. The reality is that young people, unless heavily funded by a relative or by a lotto win, will not be able to afford property for decades.

And unless the property market crashes, perhaps not even then.

Voters regularly ask either Rudd or Abbott about the affordability of housing – the responses are predictable and mealy-mouthed. The reality is that young people, unless heavily funded by a relative or by a lotto win, will not be able to afford property for decades.

And unless the property market crashes, perhaps not even then.

There are calls from both sides of politics for negative gearing losses on any form of investment to be quarantined to the capital gain on that investment and not be offset against income or gains on other investments. This could be accomplished by a politician brave enough to put it to the people without fear of tabloid attack – ie: a Lib.