The proposed gas hub at James Price Point is not having an easy ride. In April, Woodside Petroleum shelved the project (the company recently announced it would instead develop the Browse basin offshore), and now the Supreme Court has found that decisions relating to environmental approvals — including a decision by the Minister for the Environment that the project could go ahead — were unlawful and invalid.

So, other than embarrassment for the government and the Environmental Protection Authority, what does all this mean?

What did the court find?

At issue was the Environmental Protection Authority’s failure to comply with particular requirements of the WA Environmental Protection Act in conducting an environmental impact assessment: firstly, that a member of the authority with a direct or indirect pecuniary (monetary) interest in a matter must not participate in discussions about it or vote on it; and secondly, that three members are needed for a quorum.

Three of the authority’s five members had monetary interests in the Browse project, including “not insignificant” shareholdings in Woodside. There was another potential conflict: Elizabeth Carr, who joined the authority later in the process, had previously been employed as executive director of the WA Department of State Development and as such had been involved in the project. Carr was excluded from decision-making on the project but not from all discussions. In the case of the other three members, the chairman initially determined that no potential conflict existed and that they should participate fully in meetings at which the project was discussed.

The court concluded, however, that each of the remaining three members did have an indirect monetary interest. Although these members were eventually excluded from decision-making on the project in March 2012, they had by that stage been involved in the assessment process for several years. At a number of meetings, therefore, a majority was not qualified to vote and there was no quorum. There were flow-on effects from this flawed process: the report the chairman provided to the Minister was invalid, and the Minister’s decision based on acceptance of the report was also invalid.

Does this mean the gas hub won’t go ahead?

As WA Premier Colin Barnett stated, this was “a technical legal issue”, not a finding about the proposal’s substantive merits, and the government can seek fresh approvals. However, this would mean additional delays — the process analysed in the decision took four years in total.

The government is not optimistic; this week, Barnett concluded: “I’ve failed.” He did however hold out some hope for those who want to see the project succeed, predicting: “I think you will see gas processing at James Price Point. I can’t say how far away that is.” He confirmed his government will continue with its compulsory acquisition of the relevant land at James Price Point in the hope that another proponent will take up the opportunity rejected by Woodside.

What happens if the compulsory acquisition goes ahead?

The government had intended to compulsorily acquire the land from the traditional owners for the gas hub. It’s been reported that if the acquisition succeeds, the state will pay the Goolarabooloo Jabirr Jabirr claimants $30 million in compensation. A Woodside spokesperson recently stated the company had “made $3.7 million in milestone payments” to the claimants. This is considerably less than the original $1.5 billion package agreed to, and there have been repeated calls for full compensation to be paid even if the gas hub does not proceed (which would be an unusual outcome). Compulsory acquisition extinguishes all native title rights, so any company operating in the area in future would not be obliged to negotiate with native title claimants under the Native Title Act.

What does the decision mean outside WA?

This decision concerned state legislation, but there may be wider ramifications. One of the areas of difference between the Coalition and Labor at this year’s federal election is environmental approvals; Opposition Leader Tony Abbott has promised to devolve them to the states to provide a “one-stop-shop”. The Greens have cited this case as a reason for maintaining federal involvement, and it’s easy to see why. The standard WA line that decisions should be made by those on the ground, far from Canberra, is undermined by the fact that in this instance decision makers were rather too close to the ground.

This project, with all its various twists and turns, has rarely been far from the headlines for the past five years. Watch this space … 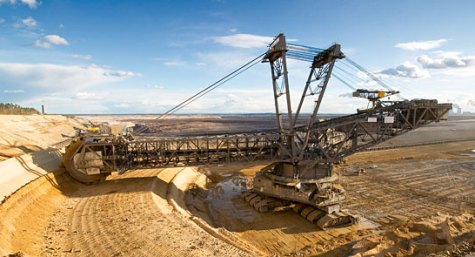 Business bites: miners crash … after having splashed … with our cash …

I thought that Barnett replaced the perfectly good members of WA’s Environmental Protection Authority with people who he claimed had real industry experience, who almost by definition would be conflicted. If he thinks this is just ‘a technical legal issue’ then he is a short step from the WA Inc mob he replaced, the recent NSW Labor Government, Queensland’s corrupt National Bjelke-Petersen government or Askin’s corrupt NSW government.

Balls up from beginning to this momentary end. Can’t help but smile at the farce with some sadness of the absurdity of it all