Tory celebrity Boris Johnson wowed the crowd when he spoke in Melbourne last night, with his blend of old-school Britishness and flattery of Australia. But was there much substance to him? 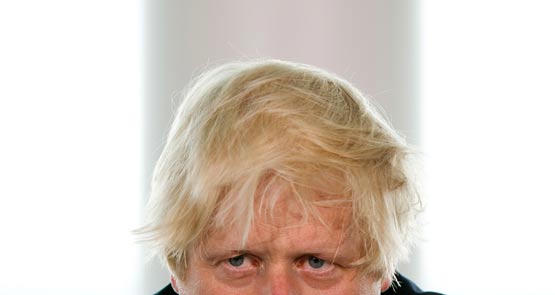 Bombastic London mayor Boris Johnson has instructed Australians to reject their “shaping myths” which celebrate the bush and the outback, and instead learn to love an urban future.

Speaking in Melbourne last night, Johnson launched a passionate (albeit rather scattered) defence of city life in the face of what he described as an incoherent human urge, “deep in our psychic hard drive”, to idolise country living.

“It’s in a city that you find the concentration of competitive talent,” the former Tory MP told an adoring crowd at the Melbourne Town Hall. He says people want to live in cities, want to go into offices and share ideas, to hunt for jobs, partners, fame and reputations among millions of others. They don’t really want to live in the country and live off tins of corned beef from the local shop, he reckons. Some just think they do.

Johnson was supposed to be speaking on “the power of literature” or some-such at the launch of the Melbourne Writers Festival, but he did no such thing. He did drop a few names in homage to the event; Star Wars, Homer, the Bible, Shakespeare. Otherwise it was a reasonably convincing if unoriginal spruik for the benefits of city life — particularly London city life — delivered in an entertaining manner.

It was interesting to witness the large crowd’s delight with Johnson, despite the shallow nature of his speech. He is a famously British Brit (although he was born in America) who is usually described as shambolic or eccentric; the media often focuses on his messy white hair, his gaffes and his stunts. He’s an Old Etonian Oxford graduate with a classics background, a former editor of The Spectator, an author of several books himself. He tells a good joke; he’s a flatterer.

“… there seemed to be a hankering for a British past, a hint of tugging the forelock at the colonial master.”

But is there something artificial about him? At times last night he seemed like a caricature; the old-style public school toff who’s dropped into the colonies for a break, to be greeted by a fawning public who fall for his easy schtick. There was a calculated goofiness about him. He was both self-deprecating and ruthlessly self-promotional. It was a speech about: a) Boris; and b) London, but not really much about c) literature.

Among the mostly bourgeois, mostly older Melbourne crowd, there seemed to be a hankering for a British past, a hint of tugging the forelock at the colonial master. It was there in the generous laughter as Johnson joked about Melbourne’s weather and troubled Myki public transport system.

It was there in the apparent acceptance of the ease with which he disposed of critics of his Conservative worldview. Johnson is a Tory celebrity (he brought in Australian tactician Lynton Crosby to help him beat ex-London mayor Ken Livingstone in 2008) who might be a future British PM. In last night’s speech he breezily noted that his analysis of the future world economy (one dominated by cities) was a free-market one, and that made it a little brutal. There would be losers, he conceded.

But he said there would always be elites, and elites would always rule; the solution was for politicians to render the elites as “porous” as possible. The woman sitting next to me stroked her fur coat with her gold-clad fingers and nodded.

She wasn’t the only well-heeled attendee. In fact, the opening of the Melbourne Writers Festival seemed to have been hijacked by the Right; Liberal politicians queued up to speak in a cultural revolution for these usually Left-leaning events. There was a rump of champagne socialists in attendance, but the funny thing was that everyone seemed to love Boris.

Ideological quibbles aside, Johnson was genuinely funny when reflecting on his time as an 18-year-old in Victoria in the 1980s, where he was at Geelong Grammar’s Timbertop campus. He claimed he drove a tractor into a barn and skied in the slush at Mount Buller. He learnt to drink VB at 11am, “a skill that has proved invaluable”, and wore “stubbie dacks … of positively emetic brevity” (or that’s what it sounded like he said).

He also paid an elaborate tribute to the late and lamented Australian chocolate bar the Pollywaffle … pollywaffle being a not inaccurate description of much of his speech.

Minimum wages and rising employment: is this the new economic orthodoxy?

I think some of the appreciation for Boris was a desire for a political leader with a vision, clear ideology & who appeared to be a real human being as opposed to the Daleks that seem to populate politics in this country today.

Self-deprecation is a major part of his charm.

It’s not possible to top the venerable Jon Stewart’s description of Boris: “a boiled ham in a Donald Trump wig.”

Crikey reported Jonson’s uncomfortable interview with Eddie Mair in March. It was a master class in pinning the subject.

I also second what Zurich alors said – he doesn’t appear to take himself seriously at all – again, something lacking in most politicians today.