Won't everyone just shut up? But there are plenty more unanswered questions in last night's leaders' debate. Plus other campaign bites.

Campaign reading. A full and fair straight report on last night’s debate by the ABC’s Emma Griffiths — “Tony Abbott deflects questions over asking if Kevin Rudd would ‘ever shut up’ during leaders’ forum”

Lenore Taylor on the Guardian site is more opinionated with her “Election debate: two men talking, having much to keep quiet about“, which argues that the unanswered questions still hang: Rudd can’t discuss Labor’s past, and Abbott won’t tell how he will finance his plans.

“The Brisbane Broncos debate crystallised the 2013 campaign as a contest of competing negative attacks which are not being countered.

“We know the charge each side makes against the other. We’re just not getting any answers. And we probably won’t.”

It’s like a blast from the past this morning: Maximilian S. [I put that S in for old times sake] Walsh writing politics again in the Financial Review. “Abbott’s captain’s call on parental leave an affront to the notion of cabinet“, Max tells us.

“The increasingly presidential style of Australia’s leaders has changed the balance of power between the prime minister and government, allowing them to present policy to the cabinet as a fait accompli.”

Other views: blogs and tweets of note. Club Troppo tackles what is becoming a central feature of this election campaign — “Lies, dam lies and politics: restraining political porkies“.

“To an even greater extent than previous election campaigns, this one seems to consist almost entirely of lies and grossly misleading mischaracterisations of opponents’ policies and performance. Kevin Rudd’s claim of a $70 billion Coalition black hole, his claim that Abbott has a secret plan to increase the GST, Abbott’s long-standing claim  of Labor debt and deficit (when in fact our debt is quite low by OECD standards and our economy one of the strongest in the world), and so it goes on. Rudd’s attempt a couple of days ago to justify his ridiculous Northern Territory Special Economic Zone policy by asserting that Territorians are doing it tough and don’t have a level playing field, when in fact almost the opposite is the case, is a relatively minor but amusing example of the political porky phenomenon.”

A letter to the editor in The Sydney Morning Herald: 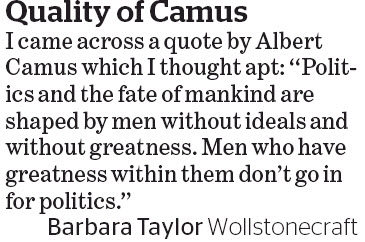 It’s not quite the mainstream election issue,but there’s still much talk about the national broadband network. John Quiggin with “NBN: we would have been better off without privatisation” on his blog reminds us of failures in election past that led to the privatisation of Telstra.

“At the coming federal election, voters will be asked to choose between two plans for a publicly owned broadband network. There have been plenty of claims and counterclaims, many of which do not stand up to scrutiny.

“Labor’s National Broadband Network, already under way, offers optical fibre connections to most households. The Coalition’s alternative offers ‘fibre to the node’, that is, to a Telstra box in the street, from which the existing copper wire connection will carry signals to our home.

“The differences between the schemes are less important than the two great similarities: Both proposals will cost tens of billions of dollars, and both are greatly complicated by the need to work with Telstra’s existing network. These similarities point to one crucial, and largely overlooked fact – the construction of a national broadband network would be much simpler and cheaper, if Telstra had never been privatised.

“If Telstra had remained in public ownership, there would have been no need to create a separate entity to make the transition from copper wire to optical fibre, nor to engage in protracted and expensive bargaining about how to connect the two.”

Campaign listening: Kyle and Jackie O on 2dayFM. Almost a politics-free breakfast morning for me. There was one of those “If he wins you lose” Labor Party ads and a little banter between host and hostess about the “does this guy ever shut up” comment from last night’s debate. After a reminder that not many people would have watched it live on television, the relevant clip was played. “I liked that,” said Jackie O. And Kyle? “I found that … I don’t know what I think about it.” Which at least was an honest comment. I don’t know either.

The nightly television news. Our politicians might still be struggling to attract the support of younger voters with that new-fangled social media stuff, but they clearly think the bowling green is the way reach out to oldies. Tony Abbott was at it yesterday for his pre-debate photo opportunity. For Kevin Rudd it was sausage eating.

The debate was too late in the evening for the main eastern states commercial news bulletins, but it will surprise me if coverage of it had much impact on changing or making up people’s minds where it did make it.

The daily election indicator. The debate has not changed the expectations of the market as to the likely election winner. For the third morning in a row the Crikey Election Indicator has Labor at 13.1% and the Coalition at 86.9%.

Poor coverage by all about Palmers revelation that Brough did ask for financial support to sink Slipper.