What Rudd’s $125m could mean for regenerative medicine research 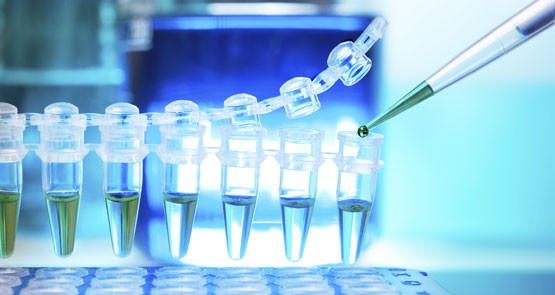 What does $125 million in funding for regenerative medicine research — pledged by Prime Minister Kevin Rudd yesterday — buy you?

Regenerative medicine is an umbrella term for therapies that involve either the delivery of stem cells to a damaged or diseased tissue or the enhancement of endogenous (stem cell mediated) repair mechanisms of the body. It’s not a novel concept; a bone marrow transfer is a tried-and-tested stem cell therapy, transplanting and replacing blood cell-forming stem cells from one individual to the bone marrow of another.

Mesenchymal stem cells can be isolated from a variety of tissues such as blood, fat or placenta and have the ability to generate cartilage, fat and bone. These stem cells can home to sites of injury, have immune system-dampening  properties (allowing transplantation from one donor into an unrelated person) and excrete factors that promote blood vessel formation. Because of these properties it can benefit the recovery of patients after a heart attack or other ailments. Australian company Mesoblast has been successfully developing and marketing this stem cell product.

Embryonic stem cells are probably the most powerful type of stem cell known to science — they can grow indefinitely and have the ability to make any cell type of the human body. Because of their perceived ethically encumbered origin (day five surplus IVF embryos), embryonic stem cells have received a lot of attention and suffer from the drawback that delivery of embryonic stem cell-derived cells to a patient will likely involve lifelong immunosuppression (similar to organ transplants).

In recent years both the ethical barrier and the immune rejection issues have been overcome by the advent of cell reprogramming, a process pioneered by Professor John Yamanaka and Professor Shinya Gurdon, who received the Nobel Prize for their discovery. Cell reprogramming allows the artificial generation of embryonic stem cell-like stem cells (so called “induced pluripotent” stem cells) from small quantities of skin or blood cells. This has opened the way for the generation of patient-specific stem cells and potentially personalised stem cell repair kits.

Indeed, in animal models these induced pluripotent stem cells can, for example, generate dopaminergic cells that can improve Parkinson’s disease or insulin-producing cells that can improve diabetes. Induced pluripotent stem cells now also make it possible to study genetic diseases that manifest themselves in difficult-to-access human cell types such as brain, heart and kidney cells.

The potential of such iPSC-derived cell types for drug screening has certainly not gone unnoticed by the pharmaceutical industry. The first clinical trial with iPSC-derived cells aimed at treating macular degeneration (a disease of the retina that leads to blindness) was recently started in Japan. Japan has invested more than $800 million in CIRA to accelerate iPSC cell-based therapies. Large investments in stem cell-based regenerative medicine have occurred in California ($2 billion), Canada and Europe, and China has been following suit with its own initiatives.

“Don’t expect miracle cures for these ailments — but it’s reasonable to expect small tangible victories in five to 10 years.”

These decisions have not only been made based on the promise that stem cell-based medicine is a transformative technology for 21st century healthcare, but also on economic grounds given it is one of the fastest-growing industries worldwide — it has an estimated current global value of $28.6 billion, expected to increase to $130.9 billion in 2018.

The Labor government’s commitment of $125 million appears relatively modest in comparison. But, if it’s matched with the same amount in industry-derived funds, it would certainly be the single biggest investment in this area to date in Australia.

In Australia, 300,000 people currently live with dementia, at a cost of  $4.9 billion per annum to the health and aged-care sectors — that’s predicted to increase to 400,000 by 2020 and to 900,000 by 2050.  Any novel therapy that can reduce the incidence of Alzheimer’s by 2.5% would pay itself back at current disease levels. And this type of technology can equally be applied to diabetes, Parkinson’s, kidney disease, cardiac failure or eye disease, all major health and economic burdens for the Australian economy predicted to increase as the population ages.

Plus it has the added benefit of stemming the brain drain from Australia to countries that do heavily invest in this technology. It gives Australia a fighting chance to compete on the world stage. Local researchers have been punching above their weight in terms of scientific output per dollar. The key to success and further future investments in this area of research will be to ensure effective translation of the research outcomes into health and economic benefits.

The McKeown review recommendations for the training of clinician scientists and research-clinic translation hubs centred around major disease burdens need to be taken seriously. Similarly, fostering and expanding the local biotechnology industry would make good sense if we wish to add value to our discoveries before engaging with big pharma.

Many countries look enviously at Australia because of its sensible and rational legislation surrounding stem cell research, enduring ethical research practices without inhibiting scientific progress. The current investment announcement is timely and welcome — if not too late — and will need to be carefully managed to satisfy the expectations of both the government and the Australian public.

Don’t expect miracle cures for these ailments — but it’s reasonable to expect small tangible victories in five to 10 years. And there’s always the possibility of a blockbuster breakthrough.

Implementation of stem cell-based therapies will undoubtedly face regulatory hurdles, IP barriers, and require cultural adjustment by clinicians and healthcare professionals. Both government and the public need to be well informed about the promises, realities and pitfalls of stem cell-based regenerative medicine.

In any case, an exciting future for regenerative medicine lies ahead and Australia is upping the ante.