Ten's new Wednesday night drama Wonderland makes a play for Offspring's audience with its The Secret Life of Us-in-Sydney vibe, but terrible writing and a flimsy premise leave it dead in the water.

“Australian drama has a new address,” Ten’s promos for Wonderland proclaim. But all Australian drama’s move to newer, fancier digs really does is cast its tired furnishings, dated tchotchkes and dusty bric-a-brac in the kind of unforgiving light that’s usually reserved for the fitting rooms at Best and Less.

Wonderland‘s title sequence features the cast as two-dimensional paper dolls. So does the show. The first episode begins with “fun and sexy PR princess” Dani (Jessica Tovey). She’s getting married, and she’s busy being the centre of attention at a champagne breakfast in her honour. Steve (Tim Ross), her husband-to-be, is in the middle of whatever the heteronormative male equivalent of a champagne breakfast is.

After a truckload of hackneyed battle-of-the-sexes banter in which every line of the overworked and undercooked dialogue could be a Mamamia article (“Is your new husband going to want to have sex with you in those granny pants?”, “There’s no legal reason to get married these days; it’s just an industry”), it’s time for the wedding. The interminable wedding and the aggressively boring reception that follows it unfold in near-real time. Think Rachel Getting Married, but without a single skerrick of narrative tension. There’s a brief reprieve when batshit-crazy Kristen (Christie Whelan-Browne) interrupts the proceedings to propose to her not-that-interested flatmate-turned-boyfriend Tom (Michael Dorman). She sings an Olivia Newton John song, Tom falls over and ruins the cake, and other attempts at hilarity ensue.

Like The Secret Life of Us before it, Wonderland is about the inhabitants of a beach-adjacent apartment building. This time around, it’s set in Sydney’s eastern suburbs. Where The Secret Life of Us had heart, Wonderland has an untouched copy of Eat, Pray, Love and a half-finished bottle of coconut water. Wonderland is a world where white, upper middle-class twentysomething heterosexuals live in oversized, underlit, Dulux colour wall-splashed apartments and have a lot of feelings about their successful careers, their sex lives, and a host of other things people on television were preoccupied with in 1998.

“Where The Secret Life of Us had heart, Wonderland has an untouched copy of Eat, Pray, Love and a half-finished bottle of coconut water.”

Uptight lawyer Grace (Brooke Satchwell) finds herself shagging “sexy” wedding guest Carlos — who, underscored by cheesy latin guitars, introduces himself as being from “South America” — in some bushes by the beach. Colette (Emma Lung) has an emotional moment alone with her hairbrush, and Tom’s mother Maggie (Tracy Mann) — who inexplicably lives in the same apartment building as her son and all of his friends — leaves a moody voicemail for her absent husband. By the end of the first episode, Tom’s the closest thing we have to a protagonist. His will-they-won’t-they flirtation with Steve’s sister Miranda (Anna Bamford) — who does an admirable job with some of the worst expository dialogue ever committed to film, and who may just be the first manic-pixie-dream-girl ever to wear a blazer — is clearly something the writers room thinks might hold the show together in the absence of actual ongoing narrative tension.

Writer Sarah Walker and producer Jo Porter — the co-creators of Wonderland — have pulled off a predictable feat: like almost every other Australian drama, it’s nicely shot, competently directed and interestingly lit. The cast is perfectly capable. And like almost every other Australian drama, the writing is excruciating. The dialogue is stagey (“Are you insane? We had outdoor sex!”), the characters are Rachel Zoe-thin, and the moments of quirk are as forced as Sophie Mirabella’s smiles. Characters conveniently — and repeatedly — leave the room so that they can be talked about, time constraints are ignored to serve the story — the wedding day in the first episode goes for at least 36 hours — and there’s no problem any of these characters face that couldn’t be sorted out with a cup of tea and a brief chat. This is television so poorly plotted that if it were a map, it’d have sea monsters on it.

“Oh, but it’s just light entertainment” the masses will cry. And that it is — by the second episode the show is a sort-of The Secret Life of Us/My Kitchen Rules hybrid: the gang get together once a week for something called FAT (Food Appreciation Time) night, a story-free reason to get them all in the same room at once and deliver a skip bin full of awkward exposition. It’s a little like watching an episode of Happy Endings reenacted by people with severe autism spectrum disorders.

It’s time to call a spade a spade: this is execrably bad writing, the kind we’ve endured on Australian television for years. Nothing this irredeemable ends up on UK or US television. The Secret Life of Us, whose ghost Ten is clearly hoping to conjure with this offering — it premiered 12 years ago, mind —  had a genuinely talented writing staff: among them Christopher Lee, Tony McNamara and creator Judi McCrossin. Wonderland is premiering in Offspring‘s timeslot, a show whose audience tunes in not simply because they like Asher Keddie’s many and varied facial expressions, but because of its subtle, compelling writing. Offspring smartly cribs and borrows from the best television of the past two decades; there are notes of Ally McBeal, Grey’s Anatomy, Felicity and even SeaChange in everything Nina Proudman does.

Wonderland has no premise. People-who-are-friends-and-do-stuff isn’t a premise. Melrose Place is long dead. Home and Away and Neighbours work because they’re nightly half-hour serials. This is a show without a voice, and even if it had one, it wouldn’t have anything much to say.

Wonderland premieres on Wednesday 21st August at 8:30pm on Ten. Wonderland is also the name of a long-forgotten, critically acclaimed, not-properly-aired series from Friday Night Lights creator Peter Berg — you could watch that instead.

Glenn Dyer’s TV ratings: finales and smaller audiences all round 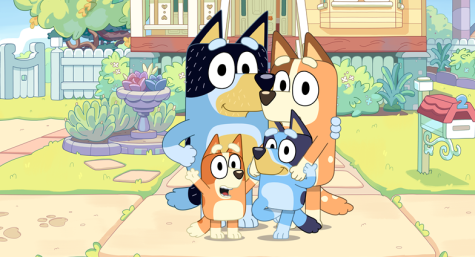