It was, as they say in the world of documentary and non-fiction, a great get. Filmmaker Dror Moreh convinced all six surviving former heads of Israel’s notorious secret service, the Shin Bet, to sit down for a series of interviews reflecting on their time in the top job. These are men who, after consuming their […] 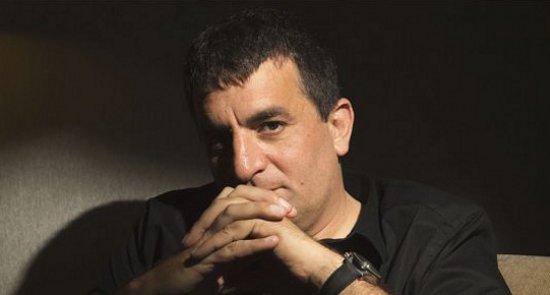 It was, as they say in the world of documentary and non-fiction, a great get. Filmmaker Dror Moreh convinced all six surviving former heads of Israel’s notorious secret service, the Shin Bet, to sit down for a series of interviews reflecting on their time in the top job.

These are men who, after consuming their toast and coffee, went to work to oversee every form of state-sanctioned violence. Manhunts. Executions. Torture. Missions that led to the death of countless innocent people. To borrow Jack Nicholson’s words from A Few Good Men, they did things you don’t talk about at parties. These people, they’re the kind of guys you don’t invite for dinner.

None had spoken out before. The film that captures their conversations, The Gatekeepers, earned Moreh an Oscar nomination for best documentary. The big question is, why? Why would these people want to talk? And how did he convince them?

“I’ve been asked this question around 3000 times already. You cannot persuade them. These are the people who interrogate other people, so unless they want to come they will not come,” Moreh, in Australia to promote the film (playing at this year’s Israeli Film Festival next month), told Crikey. “You just try to get them to speak. When they say ‘OK we’ll come’, you don’t ask them why.”

I mean no disrespect to Moreh or his documentary, which is one of the most engrossing on the 2013 slate. But yeah, you do ask these people why. Or at least you have every right to.

It seems highly improbable — despite unusually candid-feeling interviews — that the former top brass from the Shin Bet didn’t come to the project without an agenda in mind. Moreh insisted: “I feel they came because they are really concerned about the future of the state of Israel.”

When I ask him how he went about earning their trust, Moreh tells me he broke their fingers. “I’m joking, I’m joking,” he said, bursting into laughter.

“You need to be interested in the person in front of you. And I was. You can imagine what it was like for me, as someone who is interested in politics, interested in psychology, interested in clandestine operation and all this Bourne Identity kind of world. For me to sit in front of those guys and to hear about how my life looked from those rooms, the decision making rooms, was a fascinating experience.”

The Gatekeepers features plenty of exciting stories. Taking out wanted men by dropping bombs on them. Exploding their faces using rigged mobile phones. The assassination of president Yitzhak Rabin. The protection of sacred temple the Dome of the Rock, and much more.

Moreh says he often felt disturbed by what he was hearing. “I tried to understand, how you do give an order to kill people who lifted their hand? How do you live with yourself after that? Or when you are responsible for the prime minister and the prime minister gets assassinated on your watch? There were a lot of times when my jaw dropped,” he said.

The Gatekeepers is the second documentary this year to showcase bizarre interviews with controversial figures who have extensive experience in heinous acts of government-condoned violence; Joshua Oppenheimer’s unforgettable The Act of Killing features men who committed unspeakable crimes in Papua New Guinea.

Moreh isn’t impressed — “I don’t like this comparison, I think these are two totally different films” — so I quickly get to the point. The men in The Act of Killing were blatantly performing for the camera. Is there a chance his interviewees were too?

“No, not at all. And you can feel that. The camera doesn’t lie. You can feel that in their eyes. Everybody who sees the film says how amazingly honest and candid they are, and how open they are to speak about they did. You feel that.”