Koukoulas: is the dollar back on the rise?

Higher commodity prices, looming interest rate hikes and stronger GDP growth point to a rising Aussie dollar in 2014. A return to parity could be on the cards, writes Stephen Koukoulas at Business Spectator. 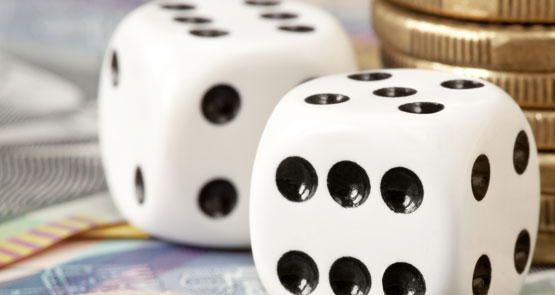 Foreign exchange and bond markets are starting to “get it”. There is a growing understanding from investors in global markets that we are witnessing a marked improvement in the world economy. In addition to this, there are clear signs of an upturn in the Australian economy and there are even snippets of news in some of the recent economic data that suggest the Reserve Bank could be hiking interest rates during 2014.

That the foreign exchange markets are “getting it” shows up in the rebound of the Australian dollar in recent weeks and a sharp rise in government bond yields. The appreciation of the Australian dollar has been modest, yet clear. Just a few weeks ago, the Australian dollar dipped below 89 US cents and it touched 68.7 points on the trade weighted index and a swarm of analysts popped out to suggest it was on its way to 80 or even 75 US cents. There are still a few Johnny-come-latelies making similar calls.

This morning, the Aussie is trading around 91.20 US cents and it reached 70.7 on the TWI yesterday. This is a decent increase based on the market reassessment of the issues that drive the dollar, even if there was a bit of dip in the last 12 hours given the currency was above 92 US cents yesterday afternoon.

In global bond markets, yields are moving markedly higher. The 10-year yield in the US hit 2.89% this morning, a two-year high from 1.40% during last year. There are similar movements in other major bond markets.

Also adding to the renewed positive tone for the dollar is an increasing realisation that the interest rate cutting cycle is probably over. The inflation rate has bottomed and house prices are picking up upside momentum. Consumer sentiment is above its long run average and housing construction is poised to be a major contributor to bottom line GDP growth over the next couple of years. Exports are also growing at a rapid pace as mining output surge unfolds.

Indeed, the futures market pricing no longer has a full 25 basis point rate cut priced in, having had two more cuts priced in just a few weeks ago.

Another positive for the domestic growth outlook is a reversal of the severe tightening in fiscal policy that acted as a handbrake on growth in 2011 and 2012. Public sector demand is now starting to add to bottom line GDP as the government sector relaxes the speed at which budgets are returned to surplus, including at the State government level.

This all makes for a return to above trend GDP likely within the next 12 months. An interest rate hike (or several) is more likely than not during 2014 which will push the interest rate gap between Australian and the rest of the world higher which in turn will act as a magnet for Australian dollar inflows.

The big question, as always, is how high can the dollar go? It’s a wildcard how the US dollar will react when the US Federal Reserve starts the long process of scaling back its quantitative easing.

There is a common perception that the US dollar has been continually undermined and weakened by the Fed’s QE as the world financial system has been inundated with the greenback. To some extent that is true, but it is noteworthy that the US dollar has actually weakened recently against the Euro and British pound, for example, even as the market starts to price in the end of QE in the US. Clearly, there are other issues at play rather than just a simple focus on QE and these other issues could well dominate sentiment in the weeks ahead.

While a blip lower to 85 US cents remains some risk for the Aussie dollar in the next few months, a lift back towards parity during the course of 2014 remains a more likely scenario. Higher commodity prices, the prospect of higher interest rates and an acceleration in GDP growth to above trend are all bullish points.

If the US dollar does strengthen, as some suggest, the Australian dollar rise will of course be contained. Perhaps the best way to judge the Australian dollar outlook is to benchmark it against the trade weighted index, which is poised to lift a decent 10% or so in the next six to 18 months.

Business Spectator…hmmm? Oh yes I remember them …they sold their souls to Rupert.
A totally credible source of…. what?

A strengthening $A could indicate a build-up of speculative interest in gold and silver and by implication weakness in the $US. The global economy is not looking too flash, it just doesn’t seem a likely factor to me, China is a looking a bit shaky and US official numbers are a mirage.

Tom, Its about as interesting as watching Berbanke talk.

I come from a time where economists were never heard of and were only dragged out by the banks at budget time. Now they are all celebrities who are paid a fortune and never, ever held to account.

Imagine twenty years ago thinking that you could fill the web with daily points of view on the currency and paying people a salary to predict movements.

God help the younger generation (I mean school kids) who are instructed to read this garbage put forward as intelligent circumspection. Give me a break!