GST lost to online imports isn’t the problem. This is …

Retailers' arguments that we should impose the GST on online imported purchases ignore the point that other, more obvious GST fixes will yield far more money. Glenn Dyer and Bernard Keane report. 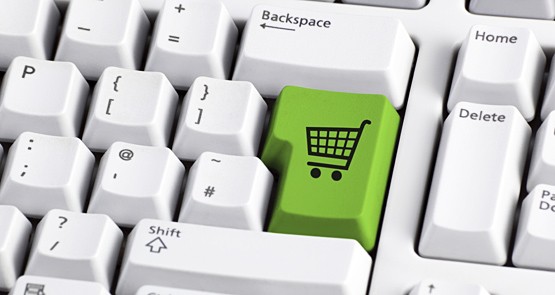 There was a lot of publicity this morning for the Australian Bureau of Statistics estimates of the value of goods brought into Australia under the $1000 limit for GST. The $6.226 billion estimate for the 2011-12 financial year — it’s the first time a figure has been estimated — drove much of the publicity because it is large.

But it’s a red herring. The bigger problem with the GST is the tax-free nature of food and groceries, not imports from offshore. That’s the revenue black hole, by an order of magnitude more than 10 times greater than the GST lost to imports under $1000.

”Urgent action is what’s needed to bring Australia into line with other sophisticated digital economies.”

Apart from reflecting yet again the Australian business victimhood mindset, in which governments and the community owe them the responsibility of solving their problems for them, McInnes’ statement was risible given retailers have actively fought against Australia becoming a “sophisticated digital economy”. When he was the very hands-on CEO at David Jones, McInnes started down the online route and then abandoned further progress to cut costs.

As Ferguson pointed out, Australian retailers badly lag overseas counterparts in online sales. [pullquote position=”right”]Compared to the online retail product in the UK and the US, Australia is anything but sophisticated.[/pullquote]

And remember the ABS’s figure understates imports because it doesn’t cover e-books downloaded from offshore (tracking those is impossible), film downloads, music (from iTunes etc) and online newspapers (New York Times subscriptions for example). That’s a problem that will become worse when 3D printing becomes more widespread for consumers.

But even if the GST revenue claimed to be missing as a result of online imports can be reclaimed, that will only be about $620 million on current figures, maximum — then you have to offset the cost of monitoring and collecting the revenue, and revenue lost because you have to set the threshold somewhere, unless you want Customs opening every parcel that enters the country. Which is presumably what McInnes and co want.

That $600 million is a pittance compared to the real black hole in the GST, food. According to the retail sales data for 2011-12 from the ABS, around $105 billion was spent on food and groceries.

Adding the GST to food would deliver at least $5-6 billion a year to revenue. Against that, the $620 million missed on online purchases offshore under $1000 is not a lot. That’s especially so as the GST on food would be easier to collect.

But as both parties have ruled this out in the election campaign, the new federal government will have to go on a high-cost, idiotic search for new revenue through cost cuts, sackings, or pursuing the self-interested claims of our lazy, uncompetitive retailers.

“When he was the very hands-on CEO at David Jones…”

Is that what DJs said when they fired him – too hands-on? 😛

5-6 billion pa in additional tax? Could this be any more ultra regressive?

Here’s an alternate idea: get the Us tech co’s, GOOG, aapl, Oracle, HP and Microsoft to pay at the 35% rate for profits arising in Australia. For example, GOOG alone would pay $350M (versus the $74,000 quoted by the SMH)

Adding a GST on ood, will impact low income people more than high income. It will NEVER happen. Political suicide.

Same with health and education.

The cost to collect GST on imports is higher than what is collected.

I expect we will see the GST exemptions on health and education go, mostly because it hasn’t been mentioned in the campaign.
I hope we don’t see the exemption on unprocessed food go – those who are trying to make the last dollar stretch a lot further by buying at the supermarket and cooking at home will be really hit by a 10% increase in costs. Those who are doing well are all ready eating out a lot, and thus paying the GST.

But I’m with chpowell! Make the multinationals pay their fair share!

If we closed a few loopholes on capital transfers for foreign-owned companies, increased the mining tax to where it should have been, and tightened up a few other little areas where salary and wage earners are effectively cross-subsidising barely legal tax breaks for companies with clever enough tax accountants, we’d be, relatively speaking, in revenue clover without even having to worry about tinkering with GST or wringing our hands over low-value importations.

Not that putting GST up by 2% would hurt that much, especially if they leave food and medical goods alone to cushion low income earners. Our rate is really very low by international standards.
And it’s so much easier to screw the consumers: so my money’s on a rate rise within the next term or two, no matter who wins.