The Boston Globe just sold for $70 million. Jeff Bezos just bought the Washington Post for $250 mill. Ten years ago, these assets would have been worth 10 to 20 times more. With the drought in the classified ads “Rivers of Gold” – picture the internet as a harsh burning sun – newspapers have little of value to offer, other than a superfluous fourth column in the tripod arrangement of US power: Big Business, The Security Complex and Government. Network TV too has suffered the advent of cable and the arrival of online viewing. But, all still have something of value: elections. The value of the now almost constant election cycle in the US is fast becoming the most reliable large stream of revenue available to traditional media. It’s a cosy set-up that is, according to a new book by two well-known commentators of the dark sides of American freedom, John Nichols and Robert McChesney, and it’s costing Americans dearly in terms of dollars wasted and in democracy denied.

Whether Jeff Bezos and his ilk are aware of it or not – and you would guess they are – old media has become the axis in the unending presidential election cycle. As Nichols and McChesney note, the candidates in 2012 spent $US2.3 billion in the presidential race. According to the World Bank, there are 30 countries with an annual GDP smaller than that figure. And you could add many hundreds of millions spent prior to the primary conventions to name the two major parties’ ticket leaders. Most of that money is siphoned in through massive fund raising machines that stretch across the country and run 24/7. It’s a democracy based on dollars; a dollarocracy.

This is a long story or, at least, its got a long narrative line. Nichols and McChesney follow the trail back to the first half of the nineteenth century, when a growing corporate sector was beginning to influence the relatively new democracy. So noticeable and distasteful had the situation become that the Tillman Act, seeking to make it “unlawful for any national bank or corporation….to make a money contribution in connection with any election to any political office”, was passed into law in 1907.

Elections were more or less protected for 50 years until the post-war boom consolidated extraordinary wealth in the hands of an elite who wanted to buy real power with their fortunes. By the late 1950’s a culture of a politicised business sector was building a channel as wide as the Panama Canal through which it funnelled increasingly vast sums of money-for-influence into the American electoral cycle.

In 1976, the Buckley v Valeo case started rolling back the stops that had been built up during the century and, as the authors suggest “asserted the fantasy that money is speech.” By 2010, this happy fantasy for corporate donors was given a permanent hold on reality as the US electoral system landed on Cloud Disneyland with the Citizens United ruling.

The money that has flowed since then is problematic enough, especially given that loose media laws allow partisan political commentary and negative ads to be presented as news or as close to news to allow a less than active voter to be served up party rubbish rather than balanced and informed political news and comment. But, perhaps more dangerous is the system that is being entrenched. The 1% who are benefiting from the cosy arrangements detailed in Dollarocracy are becoming ensconced so firmly that removing them just gets more difficult the longer they are there: like barnacles on the ship of state.

Nichols and McChesney have drawn up a very impressive and deeply contextualised case for reforming the money=politics=money system that is becoming an increasingly big spanner clogging the works of US democracy. This is solid journalism built on academic rigour and a Big Picture vision.

In Australia, things are not as bad. But money still speaks big in the local political landscape. The mining sector flexed its muscles in 2010 with its lobbying – both real and threatened – and may well have played a hand in bringing down the Rudd government. The lobbying sector, meanwhile, is finding more and more means of tapping into the political system, evidenced most lately through the government’s decision to freeze super tax changes.

Ad spending across all media is estimated as around $90 million for this election, adding to the roughly $160 million in administration costs borne by the taxpayers to run the election. This is of course, chicken feed in comparison to US figures (even taking into account the fact that the US GDP is around 14 times the size of Australia’s) and even given some hints that Christmas retail ad spending timing was factored into the government’s election date decision-making, Australia is a long way off the scary US machine so adroitly covered in Dollarocracy.

But while the figures may not stack, the more qualitative, less quantitative, business relationship between politics and traditional and mainstream media, creates less distance from the US. Rupert Murdoch has not been shy in moving about the pieces on the national political chess board via his often unprofitable but influential media outlets. It has long been considered that the value News places on its Australian assets is at least as much motivated by the head honcho’s political interests as by revenue and profit.

So, those buying media mastheads in the US may feel they are buying not a business but power as old news outlets narrow their investigative and informative focus and become increasingly like organs for political power and spin, purchasing the political power sockets into which the vast political machine will pay handsomely to plug. It’s all part of the sleight of hand that democracy has become, the election cycle and the media that stage it are like signposts to freedom on a road that goes in circles, ever diminishing circles. 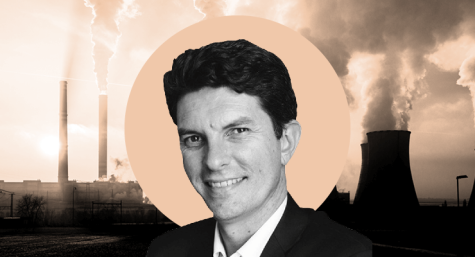 State capture and the 2022 election 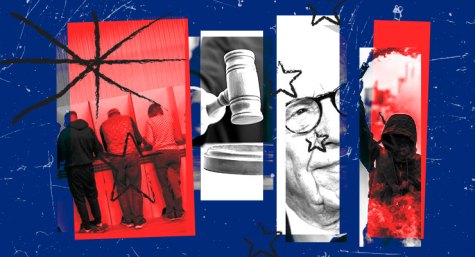 Democracy Lost: count the ways Australia is falling behind