The battle over a proposed McDonald's restaurant in Tecoma has turned really ugly, with discounted Big Macs for hungry coppers in the firing line. Crikey has the Police Association response. 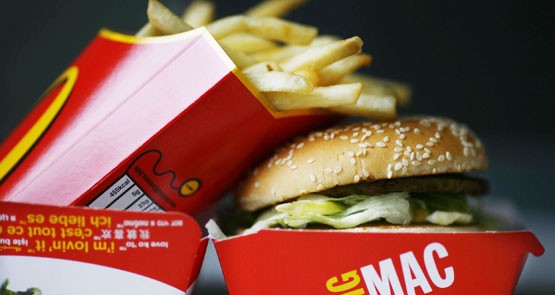 In a swingeing email response to a former Upwey resident concerned about the optics of discount-enjoying police blocking access to the planned Tecoma site of the international conglomerate — obtained by Crikey — Davies blasts the insinuation police are effectively accepting McNugget-sized bribes to provide taxpayer-funded security. Police and protesters have been embroiled in a tense stand-off at Tecoma, with allegations of brutality and heavy handedness being hurled around like Big Mac pickles at a train roof.

“… McDonalds do not provide free food to Victorian police officers/our members. No-one is accepting bribes from anyone. The suggestion is as ludicrous as it is outrageous. Your assertion that our members receive a free gift is both wrong and offensive. In fact, your entire message is wrong and offensive and directed to the wrong organisation.”

But in a statement provided by Police Media last night, a spokesperson confirmed discounts are still being offered. It went on to ward off members of the plod thinking of snaffling a discount grease feast after hours:

“These discounts are not to be accepted by members in plain clothes or off duty, and members are not permitted to show their police identification to obtain a discount.”

The gnarled association head was responding to questions from the activist as to why the Police Association was not “following the lead of Trades Hall and supporting the community and local council wishes in Tecoma that there not be a McDonalds built there”:

“It’s common knowledge that McDonalds provide free food to members of the Police force. This isn’t a Ma and Pa bakery providing a pie and sauce to their local cop who they know by name, or the local pub feeding members of the CFA and Police forces protecting their town from bushfire, this is a multinational business providing free meals to the police association members at any time.”

While police might not receive “free” food, they can still tap discounts as high as 50% at participating outlets. As Crikey has reported, other chains like Subway also slash advertised prices if the fuzz get the mid-shift hungries for a foot-long chicken teriyaki.

“They should not be allowed to accept anything, they’re not paid that badly … it would be much clearer if there were rules saying ‘we don’t accept it’,” he said.

Elsewhere in the email, Davies isn’t shy about coming forward to defend his members on the site, who he says would prefer to be enforcing the law elsewhere:

“If you think that the community, or the police who are drawn from that community, want to see police on duty at this site, then you are wrong. Very wrong. I would have thought it would be evident to anyone that police would rather be serving the community in their usual roles but, because of the actions of some people, many are currently forced to uphold the law at this location rather than other locations.”

He tells the activist to stop pestering him at the Police Association email account:

“I suggest that, if you have further to say on the matter, you either correspond with the Chief Commissioner of Police or direct your angst towards the Victoria Civil and Administrative Appeals Tribunal, who were the body who authorised this development. In the meantime, may I suggest that if you want to send vitriolic hate-mail to someone, you at least get your facts right? It tends to make one appear very stupid when they get things so terribly wrong, and I am sure you are not a stupid person. I assure you there is no need to reply. Greg Davies.”

The Tecoma case will return to the Victorian Supreme Court on Monday, with the “Tecoma Eight” hoping a temporary injunction on blocking the site will be lifted. They have raised $30,000 to travel to McDonald’s headquarters in Chicago to protest the plans and are hoping to buy a full-page ad in the struggling Chicago Tribune to raise global awareness.

Corruption comes in a variety of guises, even super sized.

“They have raised $30,000 to travel to McDonald’s headquarters in Chicago to protest the plans and are hoping to buy a full-page ad in the struggling Chicago Tribune to raise global awareness.”

Knowing what $30,000 could do for millions of refugees and the starving in the world, how do these people sleep at night? First world problems indeed.

It’s called ‘free enterprise’ for a reason. Build a bridge…

Stopping the police from receiving free or discounted burgers might also have the unintended benefit of slimming down many members of the constabulary. A lot of them look like they would be very hard pressed to run down any perp on foot. Super sized indeed!

You are what you eat. And let that be a friendly caution to the Victorian Police.

Greg Davies would do well to take his own advice: get YOUR facts right, Mr. Davies.

I live in and pay rates in Tecoma, Mr. Davies. Our protest exists precisely because there is no way for our community to petitioni VCAT to reconsider and/or rescind their decision. The only avenue of appeal is with regard to errors of law. The best outcome we could hope for from such an appeal would be to have VCAT review (just) those errors and correct them. Since our council did not wish to risk our money to undertake such an appeal, the decision was left to stand and, the period for filing having expired, the avenue is now closed.

If you ask your fellows who know our community, they’ll tell you there is little support for a McDonalds here, and overwhelming opposition to it. Yet, they — and we — are powerless to stop it. Instead, they must “obey orders” that do nothing but back up McDonalds legal bullying with the added threat of physical — even lethal — force being used against this community that McDonalds speciously claims to “care about”. Police enjoying discounted food from this same corporate bully can only lead to the conclusion that you are, to put it frankly, on the take. This perception is, by the way, only reinforced when we see police arrive within minutes of McDonalds (or their hired “security” thugs) summoning them, yet if one of US calls for help, we’re lucky if an officer shows up at all. Even then usually takes close to an hour for a checkered car to rock up.

Honestly, I don’t think for a minute that any cop is so craven or so stupid as to do McDonalds bidding simply for the promise of free or cheaper McCrap. But the disparity in response time as well as the lack of respect you show the community you are paid to protect suggests, strongly, that something is seriously wrong, here.

Rather than berate US for doing our CIVIC DUTY in peacefully protesting this offense to decency and to law as well as to our community, you could remove at least the APPEARANCE of corruption and instruct your officers to take NO gratuity whatsoever, be it in the form of a discount, a free meal, or anything else.

If you cannot, in fact, support the community that is now being assaulted and bullied, if you cannot even support a brother union in THEIR support of our cause, then at least TRY to lessen the appearance of corruption. Get your facts — and your moral compass — straight, Mr. Davies.