A decision by the WikiLeaks Party to direct preferences away from Julian Assange's strongest political supporter has incensed supporters. They should have known better.

The fledgling WikiLeaks Party has inflicted major damage on itself after a disastrous preference allocation that saw it preferencing far-right parties, apologising for an “administrative error” and preferencing the WA Nationals ahead of Julian Assange’s strongest political supporter, Greens Senator Scott Ludlam.

The Senate preference allocations revealed yesterday showed, in New South Wales, WikiLeaks had preferenced the right-wing Shooters and Fishers Party and the extreme-right Australia First Party, run by convicted criminal and former neo-Nazi Jim Saleam, ahead of the Greens and the major parties. Australia First wants to end all immigration and to restore the death penalty.

Soon after the release of the preferences and a firestorm of criticism erupted on social media, the party issued a statement on its Facebook page blaming the preferencing on “some administrative errors”.

The “error”, the exact nature of which remains unexplained, appears to have particularly incensed progressive voters who had assumed WikiLeaks would be a left-wing, Greens-style party. However, Julian Assange has already criticised the Greens’ totemic asylum seeker policy as “simplistic and foolish” during the campaign and backed offshore processing, while criticising both the major parties on the issue. On the weekend, Assange said he admired US libertarian Republicans Ron and Rand Paul, though he expressed concern about their position on issues like abortion. Swapping preferences with minor parties of very different orientations is also standard practice for all parties. One party source told Crikey the “administrative error” in NSW was quite intentional and aimed at the Greens.

However, the fury over the party’s decision to preference the Nationals ahead of the Greens in Western Australia is unrelated to ideology: the decision reduces the chances of the Greens’ Scott Ludlam, who faces a challenge to hang onto his Senate spot, being re-elected.

Ludlam has been Assange’s strongest supporter inside federal Parliament, hounding the government over its lack of support for him and its dealings with the US over its campaign against Assange and WikiLeaks. Ludlam travelled to Europe at his own expense in 2011 to talk to Swedish authorities and Australian officials in the UK about the case.

[pullquote position=”right”]The decision to preference the Nationals’ David Wirrpanda ahead of Ludlam, strengthening the chances of the Nationals snaring the sixth Senate spot ahead of the Greens, is thus an extraordinary betrayal[/pullquote]. The party’s WA Volunteer Coordinator, journalist and former political staffer Natalie Banks, announced her resignation after the allocation was revealed.

According to the party’s campaign director Greg Barns, the decision to preference the Nationals ahead of the Greens was made by the party’s main Senate candidate in Western Australia, Gerry Georgatos. Georgatos is an investigative journalist and former Greens member who broke with the party and sought to establish a party called “the Real Greens” in 2009.

Georgatos told Crikey he understood the Australian political landscape and had his “finger on the pulse”: “I’m a conviction politician and we haven’t done any deals for preferences. It’s all merit-based. Scott Ludlam will get all these votes. Wirrpanda won’t get any more than 3-4%.”

Ludlam, Georgatos claimed, was a “shoo-in” for the sixth spot and might even get the fifth Senate spot; it was, he said, “disingenuous” and “bullshit” to suggest Wirrpanda — a “good human being” — was a serious threat to Ludlam. “He’s our effective first preference. The work he’s done with Julian Assange is to be commended. All power to him,” he said.

But, Georgatos says, he himself has done a considerable amount of work among the disadvantaged in Western Australia. “And I don’t expect paybacks,” he said.

The Pirate Party, which isn’t running in the WA Senate race, revealed its own preference allocation methodology yesterday, based on a ballot of members. The party also endorsed Ludlam.

Georgatos’s confidence in Ludlam’s chances is shared by precisely no one else either within the Greens or elsewhere; Antony Green has explained in detail why the Nationals are a serious contender for a fourth conservative Senate spot in the west. If it’s the Nationals, the WikiLeaks Party will have helped drive from the Senate the Australian politician who has done more for Assange than any other.

Ludlam himself sees the preferencing decisions as clearly hostile, but he’s getting on with his “day job” of campaigning. “We’ve all got jobs to do,” he said. 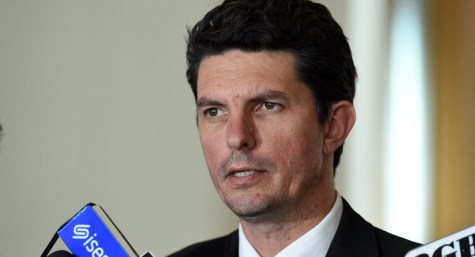 The ‘highly emotional and volatile’ world of the WikiLeaks Party

I had planned to preference Wikileaks after the Greens below the line on the Victorian Senate paper. But after this bit of bastardry – made worse by lying about an “administrative error” – they’re getting shunted way down past Labor.

I couldn’t see anywhere that the Wikileaks Party had changed its preference decision. Blaming an ‘administrative error’ but keeping the decision unchanged is neither transparent nor honest. The party has abandoned its own principles at the first hurdle.

Whether it’s a stuff up or a conspiracy, the Wikileaks Party has just blown its supporter base to bits.
It’s not like the supporters aren’t net savvy and haven’t noticed the outrage on Twitter and Facebook.
An altogether #epicfail

The betrayal of Ludlam is vile.

Until recently the Wikileaks Party’s position on the political spectrum has been ambiguous. Its web site isn’t very informative, yet Assange had made comments supporting a more libertarian than socially progressive stance. Now all doubts are removed.