The newspaper industry has come up with its own system for measuring readership -- and surprise surprise, the results look better. But will this allow them to jack up their advertising rates? 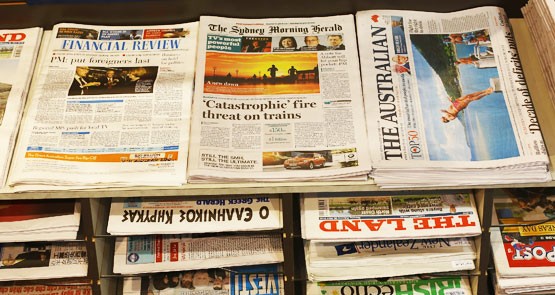 Media buyers have quashed the idea of newspaper and magazine publishers lifting their advertising rates despite the launch of a new readership survey estimating newspapers have up to 90% more readers than previously thought.

New readership survey “Emma” — run by Ipsos Media and commissioned by newspaper industry body The Readership Works — is going head-to-head with Roy Morgan Research, which previously had a monopoly over readership results.

Despite claims the new survey results may be a “game changer” with “huge implications for the print advertising market,” media buyers are warning print publishers not to get overly excited about increased advertising revenue.

“Putting up ad rates won’t be commercially possible,” Peter Horgan, CEO of media buying agency OMD, told Crikey this morning. “It would be very tough in the current environment for newspaper owners to monetise any lift in readership. Even if [Emma] was the only currency, print would still be a sector of the media that is fighting to hold onto its position in the face of digital.”

Horgan said: “Most of the agencies are still on contract with Morgan. It’ll still be the ‘go-to currency’ for the rest of this year. It’s only when we can put the two side-by-side over time we’ll be able to judge the accuracy.”

Fusion Strategy managing director Steve Allen says there is not the “slightest hope” of publishers jacking up ad rates in the forseeable future. “It’s a pipe dream,” he said. “Pure readership is such a small part of what we use the data for … From our clients’ point of view it makes no difference. This has all come about because of a feud between Morgan and the newspaper publishers.”

Danny Bass, chief investment and intelligence officer at Group M, said: “I don’t think anyone in the short-term is talking about charging more money. No media owners have started a conversation with us about increasing rates.”

According to Bass, the best print publishers can hope for is “stemming the flow” of ad revenue to other types of media. He says Group M’s analysts are crunching the Emma numbers and will decide whether to subscribe to both Emma and Morgan or to opt for one metric over the other. But he welcomed more competition in the sector.

Roy Morgan’s methodology is based on face-to-face weekend interviews, with respondents asked to recall their media habits over the past week using paper questionnaires. Emma uses a rolling telephone and online survey of 54,000 people, who upload their results to an online survey. Publishers have long complained about a lack of transparency at Morgan’s lack of transparency and the firm’s inability to explain anomalies in its data  — including when drops in paid sales (circulation) are accompanied by an increase in readership.

Mat Baxter, CEO of UM Australia, says he believes Emma is the superior product and will eventually overtake Morgan as the leading “currency”.

“I think it’s definitely more accurate [than Roy Morgan],” he said. “It’s a more roubust methodology and Ipsos has a lot of credibility in this area. The industry views is as more accurate than what we’ve had historically … I believe Emma will be the long-term tool.”

Baxter says Morgan’s recall methodology underestimates readership because participants are likely to forget what they read a week before. But he says there is unlikely to be any major shift on ad rates until Emma becomes bedded down.

News Corp Australia and Fairfax did not respond to Crikey’s request for comment on their ad rate plans this morning. Crikey understands News Corp is not planning to jack up rates across the board, but will use Emma results to inform its pricing for different sections and days of the week.

It’s a no-WIN for mass media in local news

Some are saying that, Mr Abbott if elected, will do a one off bail out by way of government assistance that is similar to the car industry plan. Furthermore, it is said that a well known elderly former Australian now living in America has been tweeting our soon to be elected PM about the possibility of the ABC being privatised so he can improve the ABC sagging quality of its TV broadcasting. Anyone out there, is this true?

News Ltd came up with Emma because the readership data demonstrated that they were giving away too many papers to people who don’t read them. Morgan data is embedded in the industry and covers a very wide range of buying. Emma has no hope with a small sample and no multimedia range.
The wonder is that Fairfax actually agreed to this. Have it look at what Emma does to them.

Of course this is the sort of “research” you’d be happy to pay for?

My Railway Kiosk’s paper sales have fallen from 800 a day to just over 200 a day in the last five years. Enough said. Newspapers are dead. It is just that so much money has been invested in the infrastructure, no one can work out just how to bury them.