Pay attention, Lateline. Interesting to see some grabs from “social media consultant” James Griffin on Lateline on Wednesday. Griffin, also billed as a “risk strategist” on the show, was talking about social media and the federal election. So why didn’t Lateline tell us Griffin is a Liberal councillor at Manly? To be fair, his comments were not partisan. But surely the national broadcaster can’t be to careful in an election campaign … by the way, if Labor wins the election and Abbott quits politics, could we see Griffin in Warringah? 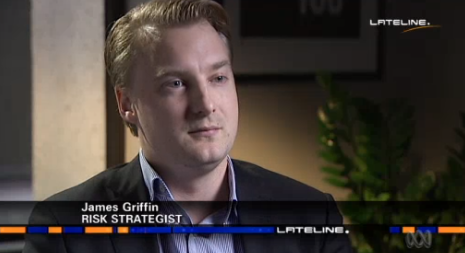 Spotted: Tory eminence. Oddball London mayor Boris Johnson and family were spotted in the NT going to the Injalalak Arts Centre. Has he met a croc on his NT jaunt? Johnson is on his way to Melbourne for a speaking engagement.

Facebook fail. Facebook likes to sum you up with its “suggested posts” and “sponsored stories” in your newsfeed. Tips gets a lot of ads for magical wrinkle creams and wonderful weight loss tricks (what are you trying to say, Facebook?). But it seems this lurk can get sinister, as this tipster found:

“I would describe myself as a progressive and I believe that that is reflected through my activities on social media. Scrolling through my Facebook feed tonight I noticed a post containing strong anti-Islam sentiments. I found that the post by the page (‘Australians against Islam 2’) was in my newsfeed not because any of my friends had liked it but because it was a ‘suggested post’. Does this mean it has been sponsored, and surely if Facebook is raking in advertising revenue from it, there are some standards for such advertising? The page itself supports (possibly jokingly, I can’t quite tell) utilising Muslims for animal testing and compares them to Nazis.”

Here’s one of the less offensive posts from the Facebook site:

So, is Facebook allowed to make money from promoting vilification based on religion? Crikey is not impressed, Zuckerberg. And stop looking at our wrinkles.

Coalition diet. Opposition frontbencher Joe Hockey’s dramatic weight loss has impressed many, but are his colleagues dropping the ball on their diets? Tony Abbott and Malcolm Turnbull have each tweeted a flurry of food-related pics in the last 24 hours. Abbott sampled oysters kilpatrick, coffee and deli goods in Tasmania, while Turnbull has been hitting the cafes and a Lebanese bakery. Watch out, lads — the strange diets of the crazy-busy campaign trail are legendary. Time for an apple? 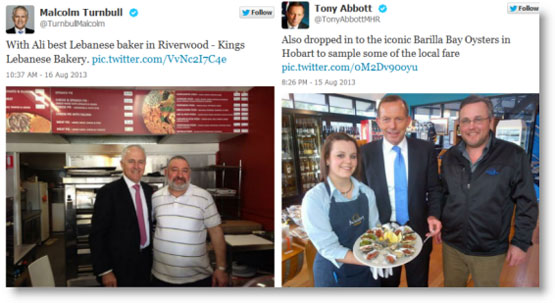 Bye bye Tony. Speaking of Abbott, Crikey is delighted by this little ditty from reader Bob Day and his barbershop quartet called Beats Workin’. They penned Speedo Tony to the tune of Toot Toot Tootsie. Enjoy!

Blast from the past. A reader found this anti-Fightback pamphlet in a bottom drawer recently and sent it straight to Tips, which is what we like. “A souvenir I kept from the 1993 election campaign. In case you can’t tell from the scan, it’s actually the exact same size and colour as the old $5 note.” Tips loves to stroll through the memories of elections past, so please scan and send any goodies you have. 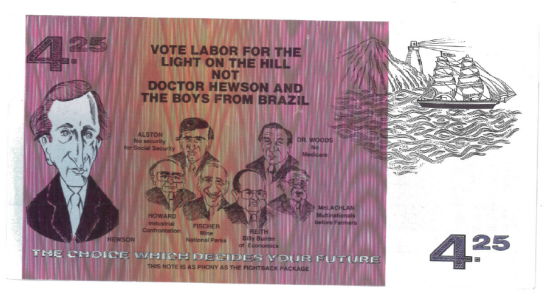 I just ordered Uber Eats for dinner. Am I a bad person?

ACT takes the lead on another frustrated federal issue