Rupert’s play of the day: the US sport to beat the pirates

It's one of Rupert Murdoch's biggest gambles: can his new sports network take on broadcasting giant ESPN? The future of the company's TV business depends on it. 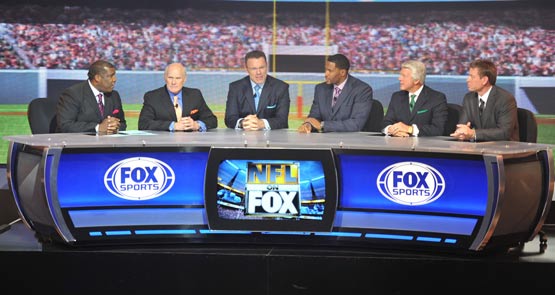 There was a time, not so long ago, that CNN was the most popular 24-hour news network on American television. Of course, a few years after the debut of the prickly, Right-leaning upstart Fox News, CNN was pretty much eviscerated.

Fox News was itself initially mocked as a chintzy, ideologically driven (pro-business and socially conservative) stage. It still is. It’s also a hugely profitable behemoth. And before the struggling publishing side was split from the Rupert Murdoch-controlled parent company News Corp, it frequently helped underwrite less profitable branches of the empire.

This weekend Fox Sports 1 will debut in 90 million US homes. According to The Hollywood Reporter, judged by homes reached, it’s the largest ever cable channel start-up.

Fox Sports is instantly familiar to Australian pay TV subscribers as Foxtel’s highest-rated channel suite. In contrast, the ESPN network rules American sport, bringing in $9 billion a year for Disney and charging cable providers about $5 per month per home merely to broadcast it. According to US ratings, it had 16 of the top 20 pay TV shows here last year.

With its mix of live sport coverage, chat shows, its ubiquitous Sports Center updates and its massive digital operation, it’s a fundamental component of the American sport experience. President Barack Obama is an obsessive fan.

Yet ESPN has its problems. There have been several rounds of layoffs; it recently shuttered its low-rating 3D channel and even poached New York Times data guru Nate Silver. Most controversially, ESPN recently welcomed back its combustive former star Keith Olbermann, who was himself sacked from Fox by Rupert Murdoch back in 2001. You will know his alter-ego from HBO’s The Newsroom. Olbermann will host ESPN’s new nightly show. FS1 has unveiled its own new show, Fox Sports Live, to compete against him.

FS1 will attempt to counter the authority of ESPN with some levity. It has drafted a range of entertainment hosts (Regis Philbin) and charismatic sporting stars (Andy Roddick) to anchor daily shows.

As it has been preparing viewers for FS1, Fox has also been aggressively acquiring a range of sporting rights. The company raised eyebrows when it outbid ESPN for the rights to the 2018 soccer World Cup and paid $1 billion for 12 years of US major golf tournaments. This aggressive bidding led ESPN to recently pay an eye-popping $1.9 billion a year for the rights to its top-rating Monday night football franchise.

For now, there is no American football on FS1. But there are popular heartland franchises the Ultimate Fighting Championship, NASCAR and baseball. Like Fox Sports in Australia, it will also make use of talent from its print publications, including Wall Street Journal writer Jason Gay.

The Australian success — cultivated through a model of excellent high-definition production values, an aggressive accumulation of rights attained to both local and international sports and, let’s face it, not that much cable competition — is a blueprint. The Americans will find plenty to admire in their Aussie colleagues.

There are obvious differences, however. Unlike Australia, all US free-to-air networks broadcast in HD. And the competition in pay TV in the US is ferocious. NBC and CBS have also opened cable sport channels. The last of the big four free-to-air networks, ABC, is part of ESPN’s corporate family.

With Hulu and Netflix flourishing and US pay TV prices rising, cord-cutting is suddenly becoming very real (208,000 Americans did it in the first half of 2013). Sport then remains the key to beating pirates and retaining subscribers.

One of the unlikely winners is soccer. Once an off-Broadway curio here, changing demographics and the need for sports networks to fill more airtime means there has never been more soccer on American TV. Tellingly, at the same time FS1 debuts on Saturday, almost unfathomably, NBC will be airing opening day matches from England’s Premier League soccer live.