New research suggests a $4 billion cost blow-out is on the cards for Direct Action -- and that's being conservative. So why is the Coalition so confident the experts are wrong? 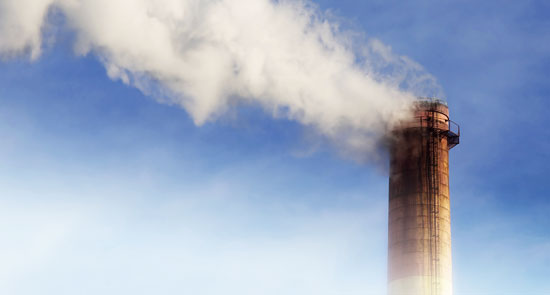 Analysis by Sinclair Knight Merz finds that the Coalition faces at least a $4 billion budget blow-out if it is to deliver on its 5% emissions reduction target by 2020. What’s more, this is based on some very favourable assumptions.

Most notably, this includes slashing forecasts of Australia’s likely business-as-usual emissions even with a carbon price abolished, due to factors such as major drops in demand for gas and electricity, and reduced land clearing.

This reduction in Australia’s underlying future emissions without the carbon price represents an incredible stroke of good luck for shadow climate minister Greg Hunt. Now rather than having to explain how he’ll manage to acquire 755 million tonnes of CO2 abatement over 2014 to 2020 based on the last official government emission projections, he now only needs to acquire 275 million. Nonetheless, as you’d expect, Hunt disagrees with the $4 billion budget blow-out. He told Climate Spectator:

“The Coalition is confident that it will achieve the 5% emissions reduction under Direct Action and within the current capped budget. The Emissions Reduction Fund is unchanged and we believe there is an ever increasing range of abatement available.”

Tony Abbott today repeated this claim about the budget being adequate. But the Coalition is as yet unwilling to provide detailed supporting evidence for why it is so confident its budget is sufficient to achieve the target. All we have is the ageing 2010 election policy platform.

This draws on a few handfuls of non-binding letters from assorted lobby groups and companies pleading for special deals, many of whom were aggrieved with the government’s ETS design. What’s more, some of the sources they cited in support of their costing — such as Ross Garnaut on soil carbon — don’t actually agree with the Coalition’s estimates.

By contrast, SKM has been developing data on the Australian abatement supply curve over a decade using a wide array of sources. Its work is used by a range of energy market participants to inform real investment decisions. While SKM, like any other forecaster, certainly isn’t infallible, its analysts aren’t the only specialist carbon market modellers who have similar sceptical views about the Coalition’s costings. For example, the work of Danny Price from Frontier Economics, contrary to Hunt’s assertions, does not support the Direct Action model.

Probably the only reputable analyst that would suggest the Coalition budget might be sufficient is Energetics. But Energetics’ senior executive Jon Jutsen has said publicly the Coalition’s process for acquiring abatement won’t work effectively to capture the low cost abatement they’ve identified in energy efficiency.

There’s three big assumptions that suggest the $4 billion blowout is conservative. The reality is that an incredible amount would need to go right in implementation of Direct Action for the budget blowout to be contained to just $4 billion. Yet SKM has assumed that things go very much to plan …

Firstly, SKM assumes the government would be able to fool abatement providers into making bids which reflected their own individual costs of supplying abatement, rather than the market clearing price. That would mean the government could pay bidders widely varying prices for delivering an identical product in a tonne of CO2 abatement. Yet in most markets suppliers come to learn at least roughly what prices their competitors are offering, and what prices customers are willing to pay. They then price their own product accordingly, rather than just in reference to their own costs.

It’s like when you offer your house for sale. You don’t price it based on what you paid for it plus a bit more to give you a tidy profit. Instead, you look at what people paid for similar houses in the surrounding area. Irrespective of whether you paid $50,000 or $500,000 for your house, if other people are selling similar homes for $700,000, that’s what you’ll ask for.

The government might like to wrap the whole process in commercial-in-confidence clauses to keep the price it’s paying each provider secret. Nonetheless, the information will inevitably leak out to the market over time. That’s exactly what happens in the gas contracts market, and there’s no reason to expect abatement acquisition would be any different.

2. Can the carbon price be replaced with a baseline and credit auction program within just nine months?

SKM assumes the Coalition manages to have the carbon price repealed and its program fully operational by July 2014. For such a complicated and ambitious initiative, this would be a remarkable achievement in bureaucratic and parliamentary efficiency.

The Howard government’s less ambitious and sophisticated carbon reduction programs of LETDF, GGAP and the Renewable Energy Target took far longer to roll out. The one major abatement program that achieved a similar rapid roll out involved insulation and that was simpler than Direct Action.

3. Will successful bidders deliver on time and on budget?

Importantly, SKM assumes the program will not encounter problems with bidders failing to deliver on promises. A critical challenge with Hunt’s auction design is that he is seeking to procure delivery of abatement in advance of it being available.

The history of past abatement project support programs is that delivering significant abatement projects takes time and is subject to uncertainty. Blind bidding processes, at least in early rounds, tend to encourage low-ball optimistic bids from proponents who later encounter problems implementing projects on time and budget. How this might unfold is that four years into the program and with only three years left to 2020 the government comes to realise it faces a major abatement shortfall. Trying to make up this shortfall in such a short period of time is inevitably expensive.

Yet SKM’s modelling is that the program achieves an average cost of abatement of $24 per tonne of CO2 without any late surge in costs, in spite of the allocated budget being inadequate.

It’s time for the Coalition to reveal its cards. Liberals have been repeatedly saying it will reveal budget costings and detailed explanations of policies in “good time before the election”. If Hunt and Abbott are so confident then they surely must have some detailed evidence they’ve gathered that explains why other experts could be so wrong. When will they share this with the rest of us?

Abbott’s plan was never going to work. It was always going to be a bottomless pit, requiring more and more money to achieve less and less.
He’s fond of these extravagant schemes. His paid parental leave scheme is also far more expensive than what the Government has legislated, and will also mean cuts to services and broken promises if he ever wants to introduce it.
Peter Costello warned us he was hopeless at economic management.
Sadly Hockey and Robb are no better.

I’ve been stunned how for 3 years Abbott has talked so much about “THE CARBON TAX” and so little about his alternative. I waited and waited for the drones on the ABC (think Fran (the “narrative”)Kelly to actually explore his plan in some detail. Nothing. Today i heard an interview on the ABC in which Shadow Hunt bagged the critique of his plan but was not asked how the Liberals are sure their $5billion of tree plantings will produce a 5% drop in emissions. I guess I’m just not a trained journalist, something I’m grateful for when i hear fran and her buddy Michelle Grattan drone on and on. Letting Abbott slide for 3 years on this utterly unexplained nonsense is a disgrace.

I think we are ignoring the obvious answer. The LNP will not go over budget for the Direct Action plan because they won’t care if it does not achieve its targets. They will spend the forecast amount and not a penny more. At best they will just change the target or the way it is measured. Remember, Tony sincerely does not believe there is a climate change problem (or a problem that he can do anything about), so why would he run up a larger deficit (or cut tax breaks or raise taxes) to fix a non-existent problem?

We are on the right path with the tax, shelving it merely frees us as individuals to have a part in the responsibility as to curb emissions which we must do drastically and urgently!
The Liberals are lead by deniers! Try getting any of them to even mention”Climate change!”

Just another area where we get no detailed information or strategy. Just the party approved one liners. As it has been said in a previous post, Abbott does not believe in climate change and therefore will not pursuit a viable process to reduce carbon.

The devil is in the detail, and the Libs are trying not to let out any of the many devils onto the public domain until the very last minute.

Abbott is being so rigid and firm with not allowing any room for changes to his one liners that if and when he is in office it will be his undoing. But dont worry, he will be that unpopular with everyone that even his own party will oust him and Malcom will be left to clean up the mess.