Death of the doyen: life after Gratts, Kelly, Oakes 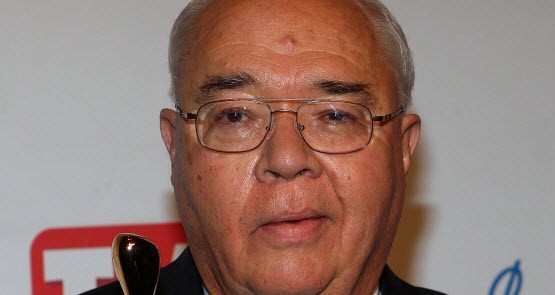 Laura Tingle once called them the god correspondents. Reporters who could make a single phone call — “I’m writing tonight” — and space would magically open up in the next day’s newspaper. They didn’t so much file copy as descend, Moses-like, with commandments carved into stone. Reporters with the gravitas and experience to set the agenda for the rest of the Canberra press gallery — and command respect among the political class and the public.

Few of the hundreds of reporters to pass through Canberra have achieved such lofty status. Alan “red fox” Reid certainly did; so did Alan Ramsey before he retired from The Sydney Morning Herald in 2008. Today there are three undisputed doyens of political reporting: Laurie Oakes, the Nine Network’s political editor; Paul Kelly, The Australian‘s editor-at-large; and Michelle Grattan, who left The Age earlier this year to write for The Conversation.

Each has their own style: Kelly, the big-picture pontificator; Grattan, the scrupulously balanced workhorse; Oakes, famous for his scoops. But all three have the authority that comes from getting the big stories right and of having an unmatched depth of knowledge about how Canberra works.

But they won’t be around forever. Oakes turned 70 yesterday. Grattan is 69, Kelly 65. This could be the last election where all three are working full time.

“The withdrawal is already taking place,” notes veteran political journalist Mungo MacCallum. Oakes remains the most trusted journalist in the country, but he no longer travels with the leaders and has given up his weekly political interview slot. Grattan retains a formidable work ethic (242 articles since joining The Conversation in February) but has scaled back her appearances with Fran Kelly on Radio National. Kelly, based in Sydney and the youngest of the three, continues to produce two opinion articles a week. Spectator Australia editor Tom Switzer singles him out as the most influential public policy commentator in the country.

MacCallum says something significant will be lost when these reporters retire.

“They’re the last links to Old Parliament House, when everything was different and the whole approach to reporting politics was different,” says MacCallum. “Without the people who remember what it was like, what it should be like, that whole culture disappears.”

MacCallum recalls that Grattan, Kelly and Oakes came to prominence in an era that was far less managed than today. It was relatively easy for reporters, even junior ones, to get policy briefings from ministers and public servants. These days, reporters come up against a barricade of spin doctors, and bureaucrats are increasingly nervous about dealing with the media. With reporters filing throughout the day, there’s also far less time to reflect and to put events in their broader context.

So is there a new crop of god correspondents ready to take over?

Three names regularly came up during Crikey‘s conversations with press gallery and media veterans (many declined to be named to avoid being seen judging their peers). Laura Tingle, political editor of The Australian Financial Review; Lenore Taylor, political editor of Guardian Australia; and Peter Hartcher, political editor of The Sydney Morning Herald. Although they all have their critics, they are seen as having the experience, analytical heft, and high-level access to politicians and public servants to set them apart. All three launched their political careers in the mid to late 1980s, 15 to 20 years after Oakes, Grattan and Kelly. Insiders host Barrie Cassidy, 63, also carries real gravitas — as seen by the heat generated by his June (correct) pronouncement that Gillard’s time was up.

But according to Michael Gawenda, former editor of The Age: “The days when three or four people could set the tone for the whole gallery are over. Good political reporters are there, but they don’t have the influence or the status the doyens once had. There are so many more voices all speaking to smaller audiences — influence is shared in a way it wasn’t in the past.”

The power of the doyens came not just from their access, or the quality of their work, but the size of their audience. That audience is now splintering — particularly for newspapers (the traditional home of the doyen) but for TV too. While politicians once considered it vital to deal with the press gallery leaders, they now increasingly bypass them through Twitter, Facebook and soft radio interviews.

Margaret Simons, director of the Centre for Advancing Journalism at the University of Melbourne, agrees the idea of the god correspondent is a “dying idea — and there’s a lot of sadness in that”. (The term god correspondent first appeared in Simons’ 1999 book Fit to Print: Inside the Canberra Press Gallery).

Up to the Keating years, Simons says, the top press gallery icons were involved in a constant policy dialogue with politicians and public servants. This allowed them to explain at length, and over weeks, the big policy shifts to the public. Now, with honourable exceptions, Simons says: “You have to look really hard these days to find a serious discussion of policy.”

This has opened up the field for outsiders, including bloggers and academics, to do the analysis and explanatory journalism the mainstream media once dominated.

The demise of the doyen also reflects a deeper, more profound societal shift, argues Simons. Authority figures in general no longer command the respect and trust they once did. The signs are everywhere —  from talkback radio hosts heaping personal vitriol on prime ministers to patients entering the doctor’s office having already diagnosed themselves on the internet. The notion a handful of journalists can determine the meaning and significance of a particular event jars with the fragmented free-for-all that is the social media age.

This was on stark display last year when the press gallery consensus that Julia Gillard’s misogyny speech was a hypocritical, cynical stunt was challenged in real time by commenters on social media. Peter Hartcher’s analysis of the speech — uploaded online that afternoon — had already been debated, dissected and rebuffed before it appeared in the paper.

Which suggests the political reporters of the future won’t be doyens descending from Mount Sinai, but participants in a conversation. A conversation they can influence, with fresh information and insight, but cannot control.

I’ve no doubt Peter Hartcher has the capacity for good political reporting.

But well over 90% of his output in the past few years has been tea-leaf reading, pop-psychology bullshit.

Why leave out David Marr? he is superior to Peter Hartcher.

If Polonius, the one man thundering herd and grim Grattan are doyens, then the sooner they disappear the better.