At the chalkface on education funding there’s no unity ticket

Out in Sydney's west, the issue of education funding is a real one for school principals keen for extra resources for their pupils. Where's the unity ticket on education there? 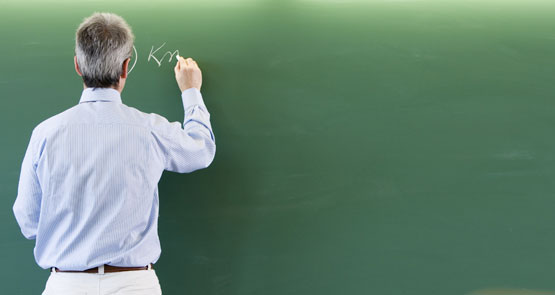 The on-the-ground story is more complicated and interesting.

At 1.55pm, I’m at Beverly Hills Girls High School, about 30 seconds off the M5. As a child growing up in the unfashionable southern tip of Sydney’s east, I’d occasionally be taken west to see relatives, and the journey would seem to take days. Now the M5, as long as you’re not foolish enough to use it in peak, gets you there in minutes even with a constant stream of trucks pouring onto it from Port Botany. I’ve been drawn by the Labor promise of a “significant announcement” involving Brendan O’Connor and local member Daryl Melham, who is up against Nine Network exec David Coleman for the Liberals. Melham copped a big swing in 2010 and under Julia Gillard was an almost certain loser.

It’s Melham I spot in the carpark, on the phone, waiting for O’Connor. He’s mildly amazed I’ve shown up. Principal Colin Skene appears and turns out, against all odds, to be a Crikey fan, and happily introduces me to the school captains shyly trailing behind him. Mystified as to who on earth I am, the girls politely shake hands and retreat before I’ve even got time to say “whatever you do, don’t aim for a media career”.

Beverly Hills Girls High is also multiculturalism central. Over 40% of the students are from Islamic backgrounds, Skene says. There are pupils from Asian backgrounds and Pacific Islander backgrounds, as well as Anglos. “Don’t forget, tomorrow, Arabic, 80 minutes,” says one girl as she runs past a friend. We follow Skene into a kitchen classroom adorned with “WRONG SHOES YOU LOSE” signs for the announcement. In the science lab next door, a table of head-scarved girls look out through the door to see what we’re doing. Some year 7 students, the beneficiaries of the centre once it’s working, filter in. Eventually, a photographer from the local press shows up; otherwise I suspect I’m the only media representative there. Some prize-winning pupils in subjects like IT and media studies (I keep my counsel) come in and stand at the back.

“In the real world, among educators in places like Beverly Hills Girls High, it’s hard to see a “unity ticket” between Labor and the Coalition on education funding.”

O’Connor makes the announcement and explains a bit about the program. Skene explains, against the buzz of a busy school, the trade training centre, how the school is getting nearly a million dollars, how the kitchen classroom will be gutted and extended to establish a hospitality training centre, which can even be used on weekends — the school already hosts a wide variety of after-hours activities such as language classes, he explains. Like Melham, he is over the moon about the centre and the opportunities he can see it providing for students. But Melham and O’Connor scrupulously avoid any political remarks; if you didn’t know otherwise, you wouldn’t think there was an election campaign on.

“Not everyone can go to university,” Melham says, echoing his earlier remarks to me that Labor used to be obsessed with getting people to uni, rather than providing them with a greater range of options like trades training. He declines to bag the New South Wales government on education funding, instead telling the group that the states don’t have the sort of money that enables them to make these sort of investments. “There should be partnership between the federal government and the states. For a long period,” he adds, referring indirectly to the Howard government, “we didn’t get a cent here, because this was seen as Keating country.”

After Melham says he intends to celebrate with, pause, an extra strong coffee, he, Skene and O’Connor then disappear off the school grounds for photos, conscious of restrictions on taking photos inside the school.

The Coalition’s response to the announcement, via Christopher Pyne, was to reiterate its long-running, and entirely correct, point that Labor’s original promise was to fund a trade training centre in every school in the country, or combined centres for several schools if they wanted, over 10 years, but only 252 of the roughly 2600 promised have been delivered six years in. Labor counters with the claim that it has announced funding, or already built, “510 Trade Training Centres benefiting more than 1290 secondary schools across Australia”. But it’s hard to avoid the conclusion offered by the Coalition, that Labor is on track to significantly underperform on its promise.

However, the problem for the Coalition is, to the extent that we know its education policy — which used to mainly be that it would oppose the Gonski funding reforms tooth-and-nail, until it embraced them — it wants to kill the Trades Training Centre program altogether and go back to the Howard-era model of separate technical colleges, albeit this time without WorkChoices-style contracts to force their staff onto.

In the real world, among educators in places like Beverly Hills Girls High, it’s hard to see a “unity ticket” between Labor and the Coalition on education funding.

Both the Howard and Rudd governments have tried to establish modern versions of technical high schools, which were dismantled in the 1960s (NSW) and 1970s (Victoria) for well meaning reasons, which in retrospect may have been misguided. Both governments have had very great difficulty in doing so, indicating how difficult, expensive and time consuming it is to re establish institutions once they are lost.

This should be a lesson to the Australian and State governments which are currently destroying Tafe institutes. This will be understood as a mistake in 2 decades when it will be very difficult, expensive and time consuming to re establish them.

But there is, to a considerable degree, Gonski or no Gonski, a “unity ticket”.

I do agree that the Coalition is more likely to run down the vocational training effort inside schools. More fool them, this has been a significant reform.

Gavin Moodie, I would suggest the dismantling of tech schools WAS misguided. Many schools in Victoria have partial trade centres within their structures (re: provision of on-site VET courses), and these are increasingly seen as a necessity, what with the dismantling (hacking) of our TAFE centres and alternative pathways.

The truth really is obvious – not everyone can go to university.

Bernard, to posit the idea of there being anything resembling unity across LNP & ALP education platforms is absurd (from the outset). Education has been a football to the whims and fads in politics for decades. Any real reform in this area must address the purpose of education- not just in an economic sense but also on a social level. Does any child schooled in the dogma of God have more rights to employment, community participation or further education than those children of the great unwashed being schooled in the secular way?

At ground level is where you’ll find the answers – not from the political hallways of soundbites, thought bubbles, and policy think tanks. The more neoliberalism bites into society the less chance there is for equity, equal access or ‘unity’.