A Conversation, and some Magic, from a veteran Brisbane theatremaker

A veteran servant of the Brisbane stage, Bryan Nason has returned with a new company and a new take on French writer Michel Eyquem de Montaigne.

Bryan Nason is one of those unique people of the theatre that every big city deserves to have. Although he is of the same vintage as, and a close friend of, Geoffrey Rush, to whom he gave important roles in Rush’s early career, and the late Bille Brown, he chose not to take the obvious way for a man of undoubted talent, but stayed in Brisbane all his life and dedicated himself to bringing local theatre alive.

He was the first director of the Queensland Theatre Company, being responsible for its initial production, The Royal Hunt of the Sun, and although he didn’t get the important role of executive director, which went to Alan Edwards, his passionate interest in and commitment to live theatre in Queensland never faltered. But he took the road less travelled, and never received public funding.

He founded the ground-breaking Grin & Tonic travelling theatre, which took accessible scenes from Shakespeare’s most popular plays into schools, using a troupe of young actors, most of whom went on to become professionals. They also gave public performances, which always had a twist to them — Hamlet was performed in the boxing rink in the now-demolished Brisbane’s Festival Hall, while his acclaimed adaptation of Gilgamesh took place in the Ashgrove quarry in Brisbane. He adapted the Dickens novel A Tale of Two Cities  into a puppet play and his cheeky athletic productions of Monkey had adults and children alike enchanted. And his ongoing staged readings of all of Shakespeare’s plays in honour of his friend and colleague Robert Arthur, who died over 25 years ago, will conclude this year with rehearsed readings of Henry VIII and Coriolanus.

After 50 years in the theatre, as part of his commitment to encouraging upcoming performers and artists, he handed over control of Grin & Tonic to his protégés, and now he has launched himself in yet another direction, a personally funded organisation called Magic Theatre Not for Everyone, where he edits, produces and presents unfamiliar, sometimes eccentric, and always approachable theatre in his own house in Clayfield, so that there are no overheads, and everyone is welcome without payment, except for a voluntary contribution at the door. So far these performances have included piano recitals with commentary in French, two tribute performances for Bille Brown, and his latest and most ambitious production, A Conversation with Montaigne, which was performed recently over two weekends and finished on August 10.

What could a Frenchman who lived 500 years ago have to say to us today, we might wonder, but Nason believes so strongly that this remarkable philosopher has much to tell us that we need to hear. Like Shakespeare, he says, Montaigne has only one theme in his whole extended output, namely the attempt to understand what the nature is of our shared human life.

And in this performance he succeeded delightfully and, thank goodness, concisely, because Montaigne’s output was as great as Shakespeare’s. But in 90 minutes we learned what Montaigne had to say about life, love, discipline, human nature, war, peace and wealth. He did this by assuming the character of Montaigne at first in a costume replicating that of the philosopher in his famous statue in Paris, with an impressive bronze mask and every detail correct, until he gradually sheds everything except his shirt and breeches.

I don’t know much about Montaigne’s work, and even less about his personality, but Nason brought him to life as a fussy, hesitant, sometimes irritating but ultimately loveable man whose views on life we could immediately engage with. It was a mannered performance in the best meaning of the term, and something that only an actor of consummate skills could bring off, worth every second of the six months he spent adapting the huge text to an accessible length, and of our 90 minutes of experiencing it.

There’s more Magic Theatre to come this year, and although it’s certainly Not for Everyone, those who have ears to hear and eyes to see will find Nason’s latest venture a worthy continuation of his lifetime commitment to awakening Brisbane’s theatre-going community to new understandings. 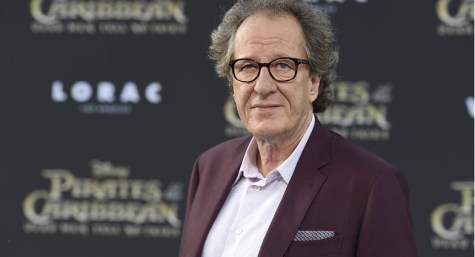