The Coalition's abandonment of its position on the GST is a victory for Labor but bad news for states struggling to pay the bills. Would Abbott be too scared to tackle tough issues in government? 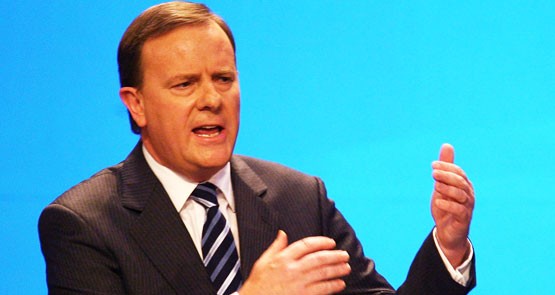 “… if Kevin Rudd is elected, if Labor forms government federally, along with Labor governments in all of the states and territories they will be able to get unanimous agreement for an increase in the GST rate, there will be no checks and balances. Wall-to-wall Labor raises the possibility that the eight Labor states and territories will get an agreement from Kevin Rudd for an increase in the GST rate.” — Peter Costello, March 29, 2007

Thanks Peter. The 2007 scare campaign didn’t work so well either, did it?

After a solid 18 months of confusion, earlier this year the Coalition established a sound, defensible policy and political position on the GST: it would be reviewed along with every other aspect of the tax system, but any changes emerging from that review would be taken to voters. “Any change in relation to the GST or major taxation change will go to the people,” shadow treasurer Joe Hockey said a week ago. It was Hockey who said back in May, after NSW Premier Barry O’Farrell had called for a review of the GST, that it was up to the states to “make the case” for a change — which as we saw wasn’t quite Costello’s view of such things, but never mind.

The Coalition is right — we do need to consider extending the GST. When even a boom state like WA faces deficits, it’s clear state governments are grappling with similar revenue challenges to those facing the Commonwealth. Without more GST revenue, they’ll be forced to turn to less efficient taxes, or slashes services or infrastructure spending. Whether the GST also needs to be increased, however, is less clear, given removing existing exemptions would add, even after compensation for low-income earners, $4-5 billion a year. But either way, the Coalition’s proposal to at least examine the issue is sensible.

Until Monday, the breastworks were holding. In his debate with Prime Minister Kevin Rudd, Tony Abbott sheltered behind the (completely fictional) line that the states had to unanimously agree to a GST rise for it to happen. But after just a few more salvos from Labor’s apparently ineffectual scare campaign, the Coalition abandoned its position and engaged in a headlong retreat to the safety of promising no change ever.

And like most panicked retreats, it was more than a little disorderly. Coalition campaign spokesman Christopher Pyne was the first to flee on Monday night in his apparently permanent gig on the ABC chat show Q&A. He was joined by colleagues, and by Abbott himself, yesterday, although Liberal frontbencher Arthur Sinodinos hadn’t heard the retreat signal and was still in place, maintaining the no-change commitment only applied to this election. Sinodinos was lamenting the “gotcha” nature of the tax debate even as his colleagues were bailing out on him.

The result is a tactical victory for Labor but a bad outcome for Australia, which now won’t have a serious debate about the GST, and which will leave state governments scratching for budget fixes. The states can’t even count on the boost to company tax and mining tax revenues from rising iron ore and coal production that the Commonwealth will enjoy in coming years.

The Coalition’s retreat also raises questions about its ability to hold even slightly difficult policy positions. The GST isn’t the first. It’s only a couple of weeks since Abbott and Pyne executed a remarkable backflip on education funding reforms, abandoning the position held since February 2012 that the Gonski recommendations were a “Conski” and that no change was needed, to declaring there was a “unity ticket” with Labor. And it’s only three months since the party of small government and tax cuts backed Julia Gillard’s Disability Care tax levy.

It provides further evidence that economist Saul Eslake might have been right on the money when he expressed the fear than anAbbott government would suffer from a Fraser-like aversion to fiscal and economic discipline. If you can’t hold a line like “no changes to the GST unless voters support them in 2016”, it doesn’t bode well for other, more difficult fiscal and economic calls.

I suspect a widely held belief, prior to the Punch and Judy show (debate), was that the GST was somehow locked-in without State’s agreement to change. What I haven’t heard commented on was how surprisingly well informed the PM was about the subject. Could he perhaps have asked the question himself, ‘Can I change the GST’?

WA only faces deficits because the GST system results in them heavily subsidising the rest of the country.

Phen, It’s not the GST system that does the subsidising it is equalisation of federal funding to the states. This pre-dates the GST and is no mystery. WA has strong and growing revenues courtesy of the recent increase in royalty rates and volumes so some of that gets distributed to the rest of the country.

The WA government seems to be investing heavily in infrastructure, some needed (hospitals, stadiums) and some perhaps unwise or luxuries (Muja), hence some budget difficulties. They know the system so it is within their control to manage their budget like every other government.

Interesting that the popular WA Liberal government seems to be a bigger taxing and bigger spending government than the federal Labor government and its state predecessor but still seems to argue the opposite is the case. Personally I don’t care too much about the level of debt, within reason, it is what it is used for that really matters.

States wont be forced to turn to less efficient taxes. They should tax land properly, which as Henry argued is an efficient tax and is well within their powers.

I thought that by this time there would have been more comments on Mr Keane’s sobering article but maybe the general public are so ignorant of the labyrinthine passages within Australia’s taxation system that everyone knows that the most sensitive part of the body politic is the hip-pocket nerve. That’s why Ronald Reagan was able to get away with promising Americans (very rich ones anyway) huge tax cuts and huge Defence spending (to protect rich citizens’ interests). But hey! That’s politics. Not economics.