Tom Waterhouse might not have walked away with the mountains of cash that have been reported from the sale of his eponymous betting business. So why sell at all? 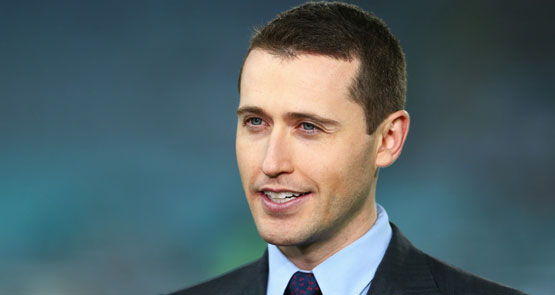 Tom Waterhouse apparently netted more than $100 million from his eponymous gambling firm — but only a small sliver of that price will make it into the ubiquitous bookie’s bank account.

Waterhouse conducted a lengthy sale process, with some of the world’s largest gambling businesses — including Ladbrokes and BWin.Party.Digital (the owner of Party Poker) — kicking the tyres in a data room. Waterhouse was reported as seeking a valuation of $200 million for the business; in March the figure was as high as $500 million. In the end, he got $34 million cash from British giant William Hill and a potential “earn-out” of up to $70 million.

Earn-outs are a convenient way for acquirers to pick up an asset with minimal risk — the earn-out is only paid if certain (usually lofty) profit targets are met. In Waterhouse’s case, the business will need to generate $30 million in profit by 2015. Given Waterhouse is rumoured to have lost around $15 million last year, there is more chance of Fine Cotton winning the 2013 Melbourne Cup than Tom Waterhouse collecting the $70 million. That said, as advertising spending is wound back and synergies achieved, profitability should improve markedly.

What about the $34 million in cash that most media outlets have reported Waterhouse will collect? Waterhouse isn’t the only shareholder in the business — according to BRW, Tom owns around 25% of TomWaterhouse.com (ASIC searches provide little detail on the actual ownership levels). And there’s the issue of the equity already invested by shareholders (which reduced the $34 million windfall).

How do we work out how much cash the shareholders have stumped up? It’s hard to know specifics, as unlike a public company (or large private company), Waterhouse hasn’t disclosed any financial information to ASIC. However, The Wall Street Journal reports Waterhouse generated revenue of $28 million in 2013 and around $12 million in 2012. However, Waterhouse employs around 80 staff and is understood to be spending a very significant amount on advertising annually (speculation has ranged between $20-45 million in 2013). While the specifics aren’t known, investment by the Waterhouse family and other shareholders would appear to be upwards of $20 million.

Crikey asked Waterhouse for specific financial information but a spokesperson was unable to disclose any confidential data.

But if that’s the case, the $34 million cash price and $6 million debt assumption will leave shareholders with somewhere between zero and $20 million. Waterhouse’s personal windfall could be around $5 million — or possibly less.

So why sell? A Waterhouse spokesman claimed in March that the business received takeover offers on a weekly basis. The most logical explanation is that Waterhouse sold not because he was offered a fortune, but because the cash was running out. As Waterhouse himself noted earlier this year:

“What do I need to sell it for? I wouldn’t want to change my lifestyle. If I had the choice of lying on the beach or being a bookie, I’d be a bookie.”

Being a bookie, in a terribly competitive online market, has made Waterhouse a very famous and moderately rich man. But he’s a long way from unlocking all that potential market value.

Gambling on a great story

I’m ready to take on the pollsters … and the bookies