Clare O'Neil has won endorsement to run for Labor in Hotham, but not before internal party rivals tried to discredit her with dirt-digging into her past. 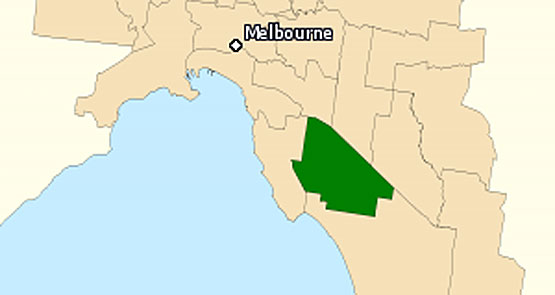 A senior media adviser to federal Labor MP Anthony Byrne embarked on a rogue dirt-digging mission on the party’s new candidate for the seat of Hotham just hours after her predecessor was dumped by Prime Minister Kevin Rudd.

Crikey can reveal that Daniel White, the son of powerful Labor lobbyist and former Cain government minister David White, asked Dandenong councillor Maria Sampey about her dealings with ALP contender Clare O’Neil when the two served together on council eight years ago.

Sampey confirmed to Crikey this morning the unexpected call to her council mobile came shortly after local Labor Right identity, former Monash councillor, bitter O’Neil enemy and Alan Griffin staffer Felicity Smith rang her at 9.10am Sunday morning to ask whether she had “any dirt” on O’Neil.

“I was shocked, I just basically said that I didn’t want to get involved … Clare did very well, she was young and she was very intelligent,” Sampey told Crikey.

“Basically they were wanting [O’Neil factional rival] Rosemary Barker to get elected. I think everyone should be concentrating on the elections coming up. I was really quite shocked and I just didn’t know how to deal with it. I really didn’t want to get involved in all that rubbish. He [Daniel] left a message for me to ring him back about the time I served with Clare O’Neil.”

Sampey succeeded O’Neil as mayor in 2005 and continues on the council.

Yesterday, Smith confirmed to Crikey that she had backgrounded News Limited journalists about former candidate and O’Neil factional ally Geoff Lake’s past before the Herald Sun splashed with recycled, decade-old allegations on its front page under the headline ‘RUDD’S BULLY BOY’ concerning his dealings with a fellow councillor.

O’Neil was finally ticked off as the Hotham candidate by Labor’s national executive yesterday over Barker and a third candidate who nominated before the 1pm cut-off.

There are a number of overlays to this story. Crikey understands that White’s boss Bryne was personally supportive of O’Neil and that White may have been conducting a rogue vetting mission. The Prime Minister’s office has a procedure in place for checking the past of potential candidates that would have been unlikely to feature White, a local apparatchik. Byrne is understood to have conveyed his support for O’Neil in phone calls to Rudd director of strategy Bruce Hawker and national secretary George Wright.

A Labor source says that on Sunday morning there was an explicit and frenzied outburst of internal angst aimed at “blowing O’Neil up”, but that Byrne, as one of the PM’s closest confidantes and supporters, didn’t want a bar of it.

Crikey understands the National Union of Workers will give the Prime Minister clean air to campaign until the election and then launch a far-reaching truth and reconciliation commission that is likely to involve expulsions from the party. Leaking against an endorsed candidate is illegal under party rules. They are seeking retribution for the damage to Lake’s reputation and will seek a formal apology and exoneration.

White confirmed he had left the message but declined to comment further this morning.

As befitting a grand Labor party factional war story, this tale has now got so Byzantine, it really needs flowcharts with Firstdog mugshots.
Just we poor folks in the cheap seats can keep up to date.

Well said, Paddy. It has got to the stage where I feel as if I have to stop my eyes from glazing over.

Women deserve better treatment than what Labor has given them.

Who has damaged Lake’s reputation more than Lake himself?

They should ban factions and expel those who use them to entrench their own power. How many more Eddie Obeids and Geoff Lakes do they need before they realise how rotten they have become?