The caretaker period: croquet and long lunches for public servants?

The government is in caretaker mode, so does this mean banana lounges and pina coladas for public servants? Far from it, says ACIL Allen governance expert Stephen Bartos. 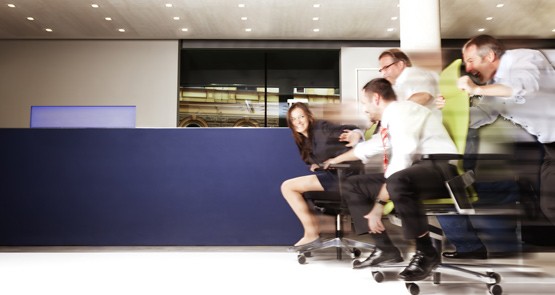 After an election is called the federal government goes into the “caretaker” period. By convention the government does not do anything new, and the public service lies in readiness to serve whichever side of politics is elected.

What does this mean on the ground for the public service? Are they sitting around playing tiddlywinks or holding languid lunch parties?

For most public servants, it’s business as usual. There are around 170,000 Commonwealth public servants and 59% are outside Canberra. Most of them work in places like Centrelink or Medibank on processing applications and payments; in the Tax Office examining tax returns; and in Customs, Immigration or Quarantine at Australia’s borders. A few have exciting or obscure jobs in top-secret defence science, Antarctic exploration, biological control, aid, or embassies overseas. Those at the Australian Electoral Commission are very busy.

Even for those in the policy hothouse of Canberra, the caretaker period affects only a small minority: those public servants dealing with policy who have regular dealings with ministers and their staff. For them, the caretaker period can come as a relief, but mostly it changes the type of work done rather than reducing the total workload.

Because Parliament is not sitting there is less need to prepare ministers for possible questions. Many of the advisers are in campaign roles (even if they are not formally meant to be) and may let up on their demands for briefings, although there is nothing to stop them continuing to request information. If they do, public servants have to be extremely careful to provide information that cannot be used in a partisan way. If they think the material might be used for the election campaign they can refuse to provide it; that is a greater-than-usual test of their courage and impartiality.

If public servants are lucky enough to report to a minister from a marginal seat, the minister will spend most of the caretaker period off campaigning. But this does not mean they will leave all their responsibilities behind. Some will insist on being briefed, signing papers, and making decisions. The caretaker convention guidelines still provide for the ordinary business of government to continue; all they rule out is major new policy decisions, significant appointments or contracts. There is plenty that ministers can do elsewhere.

“For the senior people it might mean the luxury of 45-hour weeks rather than 60.”

In any case, they are only conventions rather than law. Governments can break them if they wish. They rarely do, as they would be storing up trouble for next time they were in opposition, and the conventions have been in place more or less in their current form for many decades. Government advertising is an exception and has always been controversial. Arguably, current advertisements on boat arrivals breach the conventions as they currently stand.

It is possible that in some places caretaker will actually be a very busy period. In the lead-up to the calling of the election there would almost certainly have been hurried, confused decision-making that left public servants with a mess to tidy up. As former Treasury secretary Ken Henry famously said, in the period prior to caretaker there is a greater-than-usual risk of the development of policy proposals that are, frankly, bad. During the caretaker period the public servants who were handed a noxious mess of un-implementable policy over the last few months can consider how best to remedy the problem.

Officials in Treasury and Finance will have been working on the Pre-election Economic and Fiscal Outlook, released this morning, so any relief to them only comes now. They may yet be called upon for advice on opposition costings, but that seems increasingly unlikely. Their workload will drop, but it is only relative. For the senior people it might mean the luxury of 45-hour weeks rather than 60.

There will be some let-up in other policy departments as well, but pretty soon work will begin (if it has not already) on what are known as incoming government briefs. Although the media dubs them “red” and “blue” books, these are nondescript grey lever-arch folders that contain briefing tailored to either the incumbent government or the opposition.

This preparation will be easier for departments recently gifted with a new minister by Prime Minister Kevin Rudd. They can dust off the material they prepared for their new boss, in case the government is returned.

But for those working on the briefing for a change of government, it’s trickier. The incoming government briefs try to anticipate the policies of the new government. The public service department is keen to prove its responsiveness and show how carefully it has read all of the relevant policies put out when the winning party was in opposition. That will be tricky this year. There is little official Coalition policy to which they can refer. Unless Opposition Leader Tony Abbott releases a multitude of detailed policies soon, the incoming government briefs might be slimmer than usual.

Not that short briefings would be a bad thing. New ministers are busy. It is almost certain that most of them would like their first briefing package to comprise 30 or 40 pages on the most important issues. Instead they are normally given many hundreds of pages of detailed advice in two, three or more loose-leaf binders. That’s risk management on the part of public servants — if a problem in departmental administration crops up in the first couple of months of the new minister’s term, the department would be able to point to the fact that a small note in paragraph three of page 487 of the briefing had warned the minister about it.

Crafting these briefing documents can easily take up any spare time left to the policymakers. If they do have breathing room, then reading up on their field of expertise or strengthening their networks would be wise.

However, for the majority of public servants who swim in the vast seas of program administration, the caretaker period and the political shenanigans at the top during this time are no more than waves ruffling the surface.

Thanx for this. I read the 2010 red book for education and found it a good compendium of Australian government programs and the issues they raised for the returning government. The sections were clearly written by different authors and were of varying depth, time frame and quality. Some of the better ones anticipated issues that might emerge with a policy well beyond the forward estimates.

Thank you Steve. I think these articles you write explaining the mysteries of the work of public servants are vital education for all Australians.
If you do know what you are slashing, you might vote to stop all those programs happening and only discover later what is lost.
As we read in another article today, a majority of Australians want to reduce spending and Tony has promised to sack 120,000 public servants to save money. Be careful who you vote for, it might be your health, education or road that is impacted!

As always, the ACT seems overstaffed – 41%! In the case of Customs, over a quarter of officers man..err..staff the barricades and fight the good fight of Protecting Our Borders etc and manage the bustling air & sea ports of Canberra.

Half the PS are probably working out how much redundancy payout they will get, how long it will last and looking at other career options.
One quarter will have their fingers stuck in their ears whilst yelling LALALALALALALALALALALA trying to ignore the current political situation..
The other quarter will be working as usual.
(Disclaimer… I used to work for the PS)