The Coalition needs to pick up five seats for a Senate majority, or four to be able to block legislation on its own. But will the numbers fall its way? Our psephologist‎ tries to count the votes. 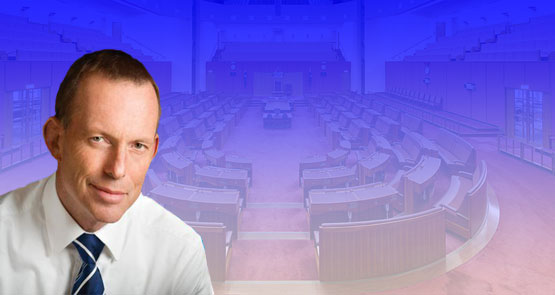 As usual, the Senate is something of an also-ran in next month’s election; most people, understandably, are focused on who will form government. But whether Kevin Rudd or Tony Abbott is in office, their prospects will be affected in a major way by the situation they face in the Senate, so it’s worth trying to get our heads around what’s likely to happen there.

In the current Senate, the numbers are Coalition 34, Labor 31 and Greens nine, with a DLP senator and independent Nick Xenophon rounding out the total. But Senate terms are staggered: almost half of those senators were elected back in 2007, which already feels like another world. To get the baseline for this year’s election, it makes more sense to just look at the 2010 results.

On that basis, if the 2010 vote was repeated this year, we would have a total of Coalition 34, Labor 28, Greens 12 and DLP two. So gains or losses this year should be assessed against those numbers.

From that, one thing should be already obvious: the chance of Labor winning a Senate majority is essentially zero. Even in conjunction with the DLP or independents, it’s too big a gap to make up. From Labor’s point of view, the best it can hope for is that it plus the Greens will retain a majority between them.

That leads to an important conclusion, that as far as the big picture is concerned seats changing hands between Greens and ALP are unimportant. Obviously they matter to the particular parties involved, but they don’t in any way effect the overall balance of power. What matters is whether either of them gains or loses seats vis-a-vis the Coalition or minor parties.

So while Labor may decide to preference against the Greens — as Phillip Coorey suggested to much fanfare last week in The Australian Financial Review — it has no possible rationale in terms of Senate numbers for doing so. It would simply be indulging its dislike of the Greens at the risk of handing an Abbott government a Senate majority.

Conversely, the Coalition has nothing at stake in the Senate as between Labor and the Greens and is therefore free to indulge its ideological or other predilections. Because the Coalition starts out so far ahead on Senate numbers, there is a basic asymmetry: Greens v Coalition contests matter to Labor, but Greens v Labor contests don’t matter to the Coalition.

Keeping that in mind, let’s look at the state-by-state prospects of Senate seats changing hands …

New South Wales returned three Coalition, two Labor and one Green in 2010. The combined Labor/Greens vote is expected to be down this year, so while a fourth Coalition senator is unlikely, it’s quite possible that a minor party or independent could snatch the last seat, probably from the Greens. The chances of that would increase if Labor and the Greens fail to preference each other.

Victoria elected two ALP senators, one Green and three from the Right, in 2010. It’s hard to imagine that not happening again, although with an expected recovery in the Coalition vote it’s likely that it will win the third “Right” seat rather than the DLP.

Queensland is one of the Right’s best chances of picking up a seat. In 2010 it was three LNP, two Labor and one Green, but this time the non-major-party vote will be cannibalised by the new parties led by Bob Katter and Clive Palmer. Assuming they exchange preferences they must be heavily favoured to win a seat; if the Rudd recovery is serious then it’s possible they may do so at the expense of the third LNP candidate, but more likely it’s the Greens that will miss out.

Western Australia has returned three Liberals, two Labor and one Green for as long as anyone can remember, but if Labor is really on the nose, or if Labor/Greens preference exchange falls over, then it becomes possible for either the fourth Liberal or another right-wing candidate (the Nationals or Christian Democrats) to get up at the expense of the Greens.

South Australia in 2010 went three Liberal, two Labor and a Green, but this year room may have to be made for Xenophon, defending the seat he won in 2007. If he can hold it, it will probably be by beating the Greens’ Sarah Hanson-Young. Xenophon is a wild card, but from the Coalition’s point of view there’s no downside to having him in the Senate rather than a Green.

Tasmania was the only state in 2010 that returned four “Left” senators: three ALP and a Green as against two Liberals. It’s almost universally expected this year that the Liberals will pick up a third seat at the expense of the ALP.

The territories get two senators each; unlike the rest, they take office immediately rather than on July 1 next year. The Northern Territory is no contest (Labor and the CLP always get one each), but there’s a small chance the Greens could overtake the Liberals for the second ACT seat. It’s not likely, but if it happened it would be a significant offset to the expected Labor/Greens losses elsewhere.

*Disclosure: Charles Richardson has done some consulting this year on Senate preferences for both the S-x Party and the WikiLeaks Party, and would happily do the same for others if they paid

Aren’t we in enough trouble?

It’s not a double senate election, so we can’t do as we want to with them, but please, everyone vote below the line, and put labor and the coalition at the end of the preferences!
Don’t let the cozy agreements the parties make with each other by voting above the line take effect.

I’m toying with Assange first and the Greens second, down the line. My little bit to make life as “interesting” for the big parties (putting party first) as they do for us!

@klewso: check out Pirate Party as well. If Assange was on my ballot he’d get my vote though. (why does ‘In like Flynn’ keep coming to mind though (heh))

I thought Wikileaks was standing senate candidates in all states – but it’s only Vic; NSW and WA?
Bugger! So it’s start off Green, then work through the spectrum, or is it “rigging”? Or maybe I’ll have my vice versa? Arrrgh!