The bell rings for round two of economic boxing

The first week of campaigning saw chances for both sides to tout their economic superiority. With no clear winner, wages growth and confidence will be critical, writes Business Spectator's Stephen Koukoulas. 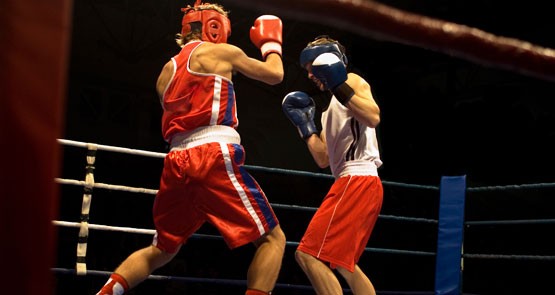 Week one of the election campaign and the fresh economic news has had a mixed influence. Both sides have had some information to support their claims as to who is best at managing the economy.

From the government’s perspective, the interest rate cut on Tuesday was a clear winner with the cash rate, mortgages and business lending rates all reaching record or near record lows. For those with their share of the $1.43 trillion of mortgage and personal debt, the current level of rates is around 3.7 percentage points lower than the peak of five years ago. This means a total interest saving of around $50 billion a year. For the business sector, which has $735 billion of bank debt, the saving from lower interest rates is worth over $25 billion a year. It is obvious that this will be an issue in the election campaign in the weeks ahead.

For the Coalition, the news that employment fell by 10,200 in July was a helpful reminder that the economy is growing at a below-trend pace and heading towards what they are calling a weak economy with a budget emergency. Even though the trend for employment is still up, it has slowed appreciably in recent months, which has worked to push the unemployment rate higher by around three-quarters of a percentage point over the past year, fitting with a narrative at the very least that the rate of economic growth is sub-optimal.

The fact that the unemployment rate was steady at 5.7% was probably greeted with relief from the government, which only last week released an updated forecast for the unemployment rate to rise to 6.25% next year. The Coalition hammered this point when campaigning on the unemployment data and also noted a slight dip in the participation rate in the month as a sign of discouraged workers leaving the labour market.

Most of the other economic news this week went through to the keeper, but it was generally on the soft side. The ANZ job ads series showed a further fall in demand for labour, while retail sales were flat in both the month of June and in the June quarter. A further rise in the international trade surplus was evidence that the economy is rebalancing towards an export focus, but again, this number did not get a high profile in the media or in the electioneering.

Market moves were reasonably positive with the ups and downs on the stock market ending with a solid gain yesterday and the futures market suggests another up day today. The Australian dollar has risen strongly, aided by much better news on the global economy and especially China, to be around $US0.9120 this morning.

“Next week, there are more economic indicators that may have some impact on electioneering.”

Next week, there are more economic indicators that may have some impact on electioneering. Important will be the NAB business confidence measure and the Westpac consumer sentiment index.

Are businesses and consumers any more optimistic about the economic outlook now that the election has been called? If so, the government will no doubt use this as a sign of confidence in its management with any weakness in these measures likely to be seized upon by the Opposition as a sign of economic weakness.

Also of critical importance are the wages data for June. Wages growth in the past year has decelerated from an annual pace of just under 4% to just under 3% in March. A further soft reading on wages will be seen as a sign of the weak economy, but unless there is a free-fall in wages growth, they should confirm yet another year where the pace of wage increases has exceeded the inflation rate, thereby locking in another period of rising real wages.

These economic data readings will also feed into the Reserve Bank monetary policy deliberations for the September meeting of its board. That meeting, just four days before voting day, may yet influence voters as they finalise their thoughts on who to vote for.

While no one in the Bloomberg survey expects the Reserve to cut again in September, if there is a run of soft data, the door will open a little for such a move which would certainly super-charge the election campaign in its final days.

The detailed economic strategies of the Liberals and their policies soon to be released will be the kicker. Everyone is waiting for this and until we see they are a complete unknown. I feel the true colors will come through, for better or for worse. If they keep it to smoke and mirror presentation it is all for nought.

The ecomony is in a nose dive, so is employment numbers, all bad new for any party trying to get re-elected

But, Suzanne, you told us, in writing, that Tony would be gone before this election.
What caused the “backflip”?

I guess the LNP did not want to show the disunity and revolving door that Labor has shown. I am surprised through

a casual stroll through any CBD in Australia will illustrate the failings of the ALP – a office vacancy rate of c12%. Sure, some can be attributed to the GFC but more and more has been driven by the ALP leadership of the past few years.